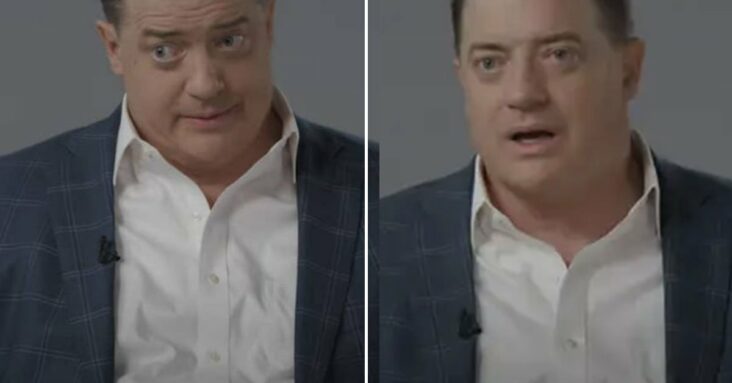 Here’s an easy question: How to pronounce Brendan Fraser’s name?

In an interview with Adam Sandler in Variety’s “Actors on Actors” segment, the two discussed what it’s like to host Saturday Night Live (where Sandler is an alum).

Sandler then mimicked the show’s announcer and said, “Ladies and gentlemen, Brendan Fraser!”

But he mispronounced Fraser’s name, saying “Fray-sher.” Like in the show “Frasier.”

But that’s wrong, according to the man himself.

And then he added a sad note: “No one’s ever gotten my name right.”

The internet was dumbfounded by this revelation. Lots of people realized that they, too, have been guilty of the crime of not knowing how to pronounce “Brendan Fraser.”

Someone found an old clip from Comedy Central where Fraser shows us how to pronounce “Brendan Fraser.” So he’s been having this issue for decades.

These are good times for the actor with the hard-to-pronounce last name. He’s been getting rave reviews for his performance in “The Whale.” Fraser has been nominated for a Golden Globe Award and some think he could get an Oscar nod, too.

He’s got some stiff competition for the Golden Globe for Best Actor in a Drama. The other nominees are Austin Butler for “Elvis;” Hugh Jackman for “The Son;” Bill Nighy for “Living;” and Jeremy Pope for “The Inspection.”

But if Fraser wins, hopefully the presenter will know how to pronounce “Brendan Fraser.” If not, they can just rewatch the video.