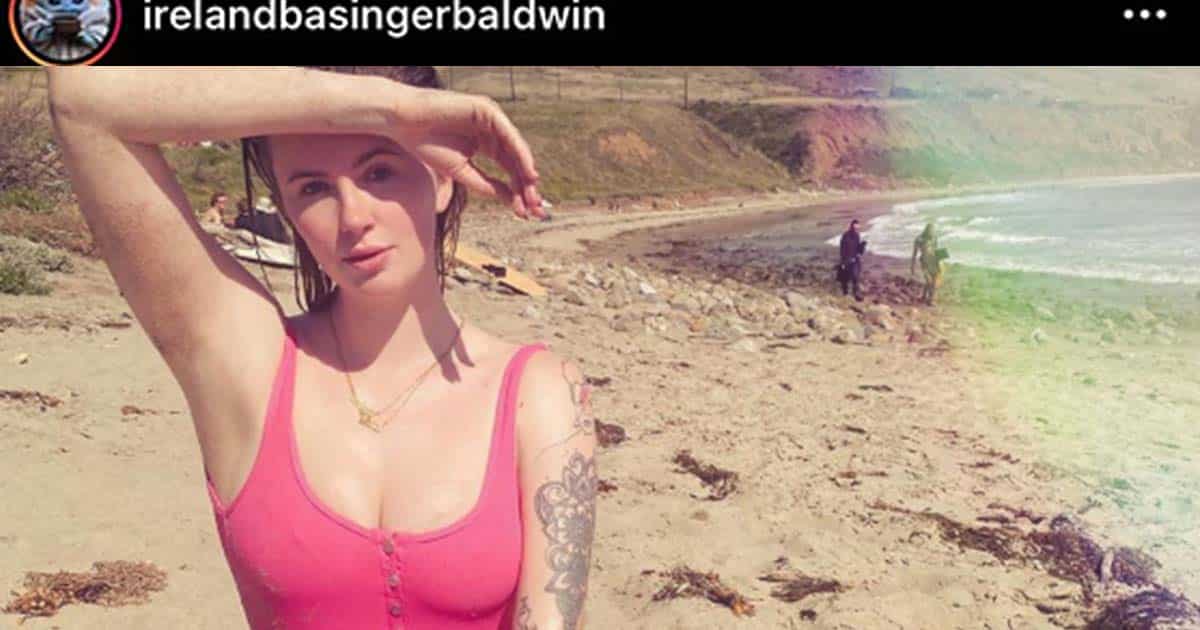 The 24-year-old model is not shy about her body, and there are pics of Ireland Baldwin naked out there.

But Ireland Baldwin doesn’t have time for weird Instagram trolls who want some sent to them directly according to this report from Fox News.

Baldwin recently did an Instagram live Q&A for her followers, and shared some details about her personal life: her favorite color is red, she loves following Anthony Hopkins on Instagram (who doesn’t) and she has a lot of pets. Apparently, this wasn’t enough for some people. One of the followers watching asked Baldwin is she would ever direct message a nude to a fan. I guess some people want very special attention.

“You can probably google it dawg,” Baldwin responded.

Baldwin has posted for artsy nudes and posts pictures that reveal a lot of her incredible body on her account, but some trolls want to be treated like they’re special.

Maybe responding to this one question encouraged them, because soon someone else asked for her to show off her feet. Feet pics have become a serious currency on the Internet in a way that seems disproportionate to the number of folks with foot fetishes out there, but whatever.

Baldwin is clearly aware of the value her bare toes have, because she replied, “If you wanna Venmo me!”

Yet another fan asked if she minds posing naked for photos, to which she shared a picture of herself topless with some emojis over her nipples, so Instagram wouldn’t shut down the account. They’re very sensitive about women’s nipples on Instagram.

“Depending on what it’s for, it can be freeing and empowering, Baldwin wrote over the image. Ireland Baldwin is a generous queen.