It’s hard to imagine really gorgeous people feeling insecure about their bodies, but it seems as though almost no one escapes from seeing pictures of themselves they hate. Famous people also have the unique paparazzi photographer aspect of it, weird people who hide in the bushes and jump out toe snap your photo right when you’re biting into a corn dog as your tube top is falling down. Then the photo gets published everywhere and people debate if your thighs have cellulite. I don’t see anyone getting through that unscathed.

One famous person is trying to explain what that experience is like. Ireland Baldwin is the daughter of two incredibly beautiful people, Alec Baldwin and Kim Basinger. The genetic gifts in this family are coming from both branches of the family tree.

Baldwin shares her loveliness with her fans on Instagram regularly, but she recently posted some images that she didn’t find very flattering. There were two images, both paparazzi pics. Honestly, I think she looks good in both of them, but that wasn’t the message in her post.

“Yesterday’s paparazzi pics vs today’s,” she wrote. “Remember people! lighting is everything and the media always wants to make people look like shit if they can ♥️ so bored and tired of the body shaming. don’t we have enough going on in the world? ”

She continued, “How do people still have time to cut others down? also I have razor bumps for days, i don’t have 6 pack abs (i’m working on it thanks @chloe_t ) and I am as white as snow and i don’t give a fuuuuuuuuuuuck 🖕🏻let’s find better hobbies and encourage body positivity.”

Okay, maybe I wouldn’t share the second image if I had the option of looking like Ireland Baldwin in he other pictures she posts. It’s kind of a goofy look, she’s not posing for the camera. Maybe she didn’t really want to share her razor burn, even if she says she doesn’t care about it. But she still looks great because she’s great looking, and that’s what people commented on her post: 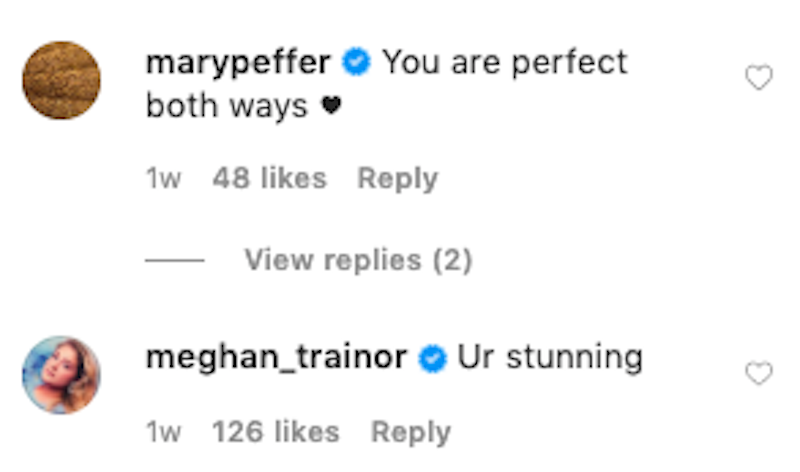 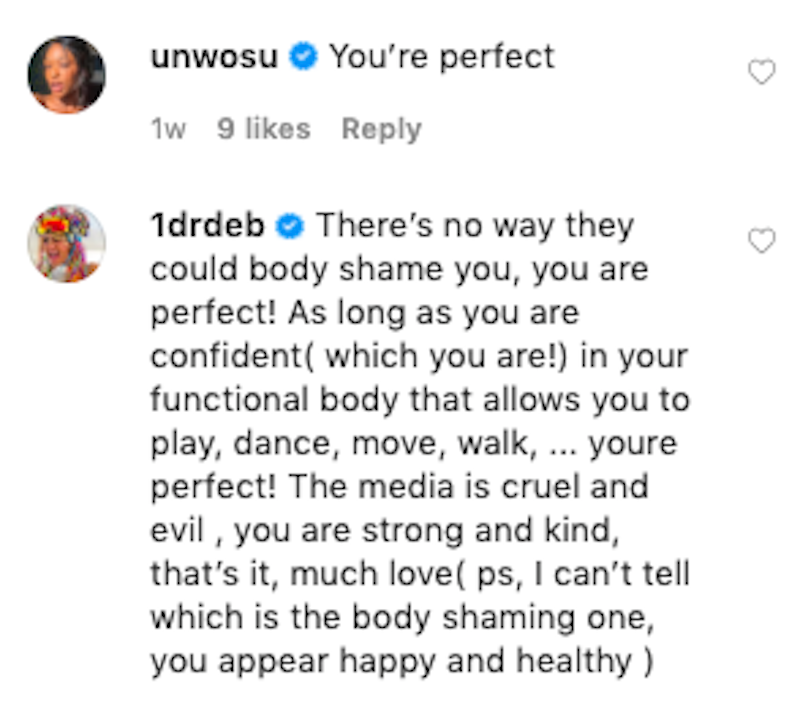 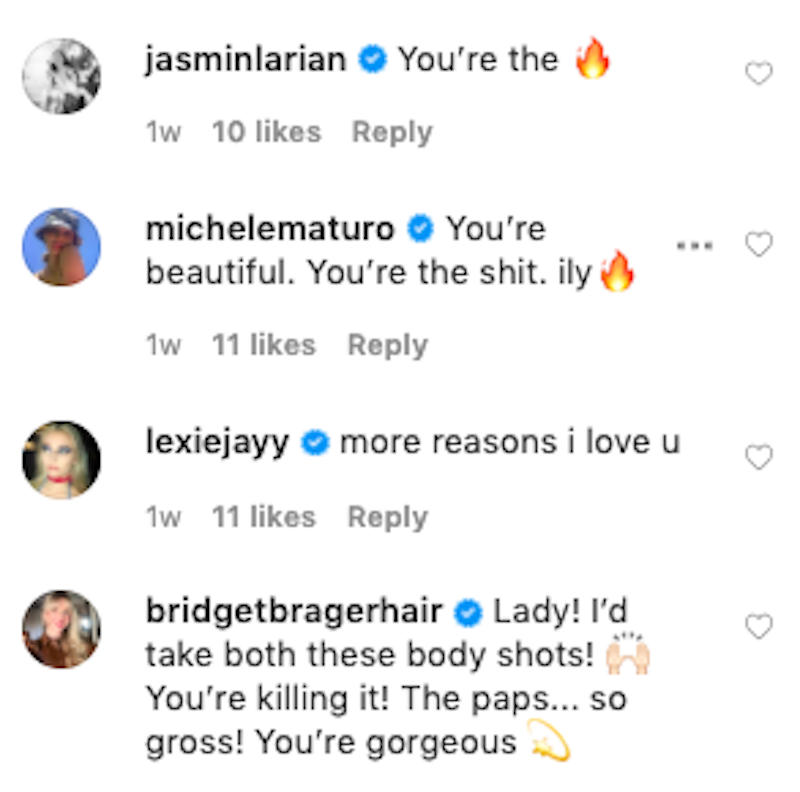 If there’s a lesson to be learned from this, it’s that sometimes you’ll see a picture of yourself that makes you feel bad, even if you’re Ireland Baldwin. That doesn’t mean it’s an accurate representation of your looks to other people. And it shouldn’t decide how you feel about yourself.