Future Batman and famous star Robert Pattinson is also in quarantine right now, but the gears of publicity keep grinding on. To get around the limitations of social distancing, he was interviewed remotely for GQ and tasked with taking his own photos and picking out his own clothes. I don’t know if it’s this relative freedom offered to a celebrity that made the interview and images so insane, but I would prefer to think that Robert Pattinson is just a madman who acts this way even when there isn’t a pandemic.

There’s a lot of wild stuff in the interview, but the most stand out section is when Pattinson attempts to cook his new version of pasta he calls “piccolini cuscino” which roughly translates to “little pillow.”

It was so wild, in fact, that Robert Pattinson pasta memes quickly began trending on Twitter.

Robert Pattinson attempting to demonstrate his “fast food version” of pasta to a GQ reporter is peak comedy, I think. pic.twitter.com/zm3lAzQD6T 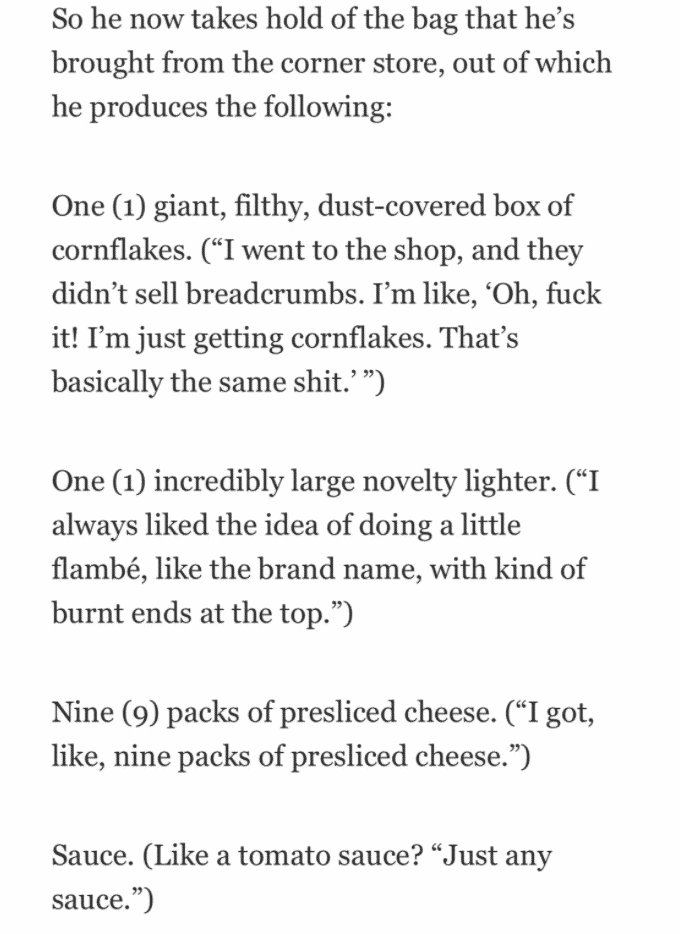 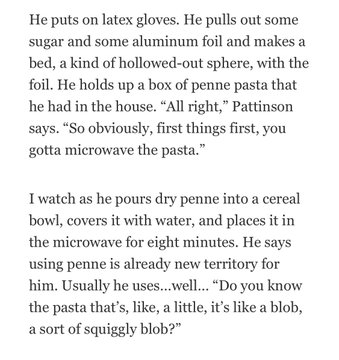 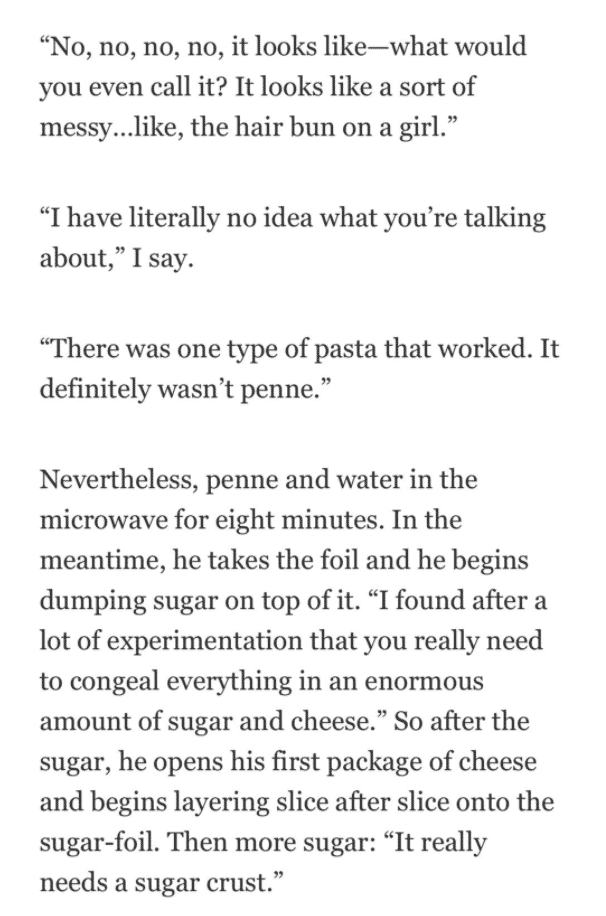 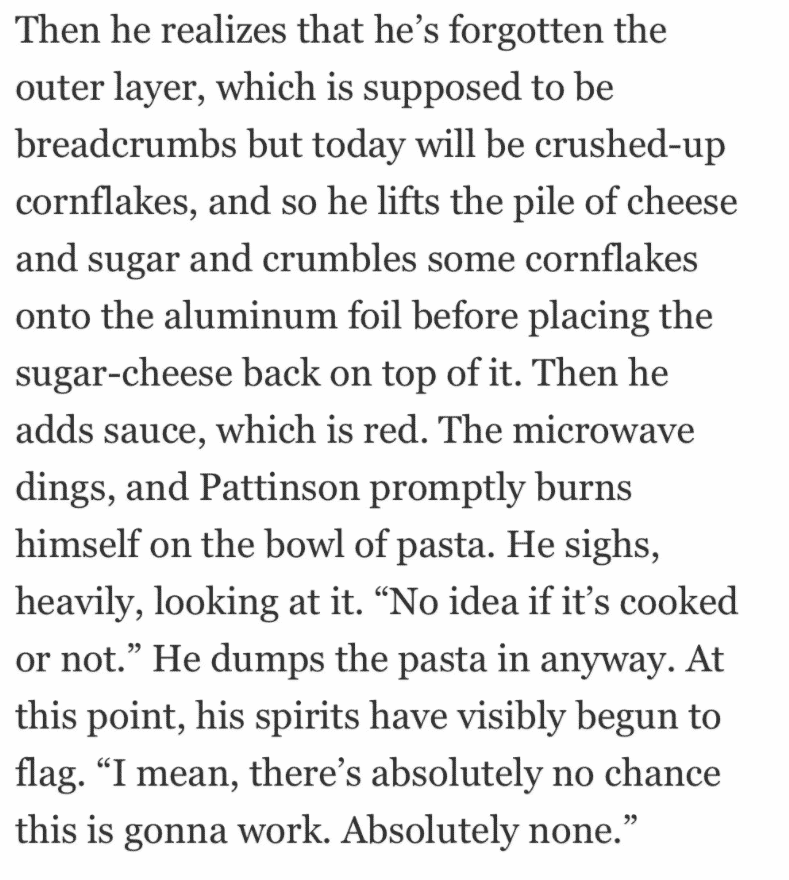 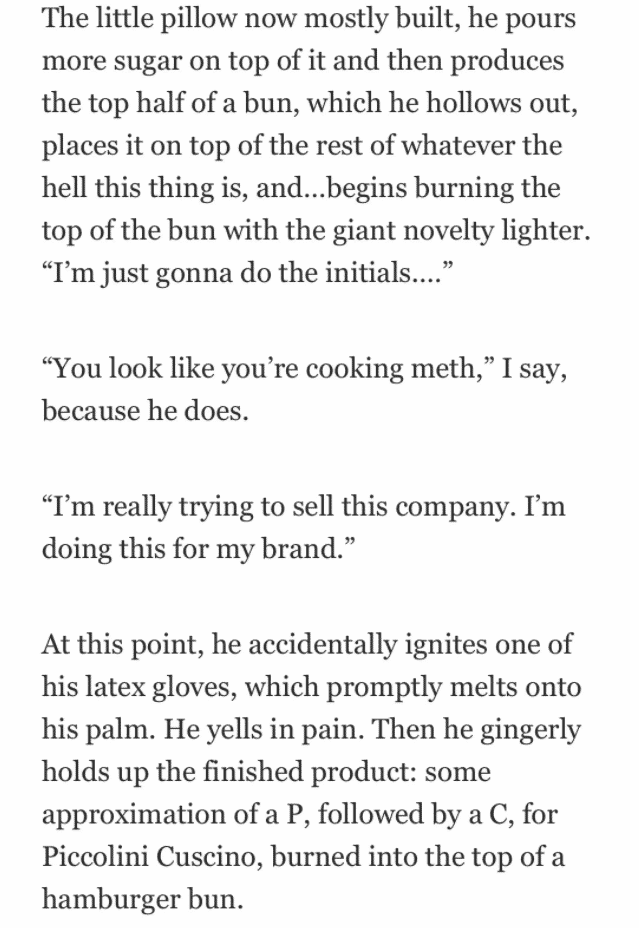 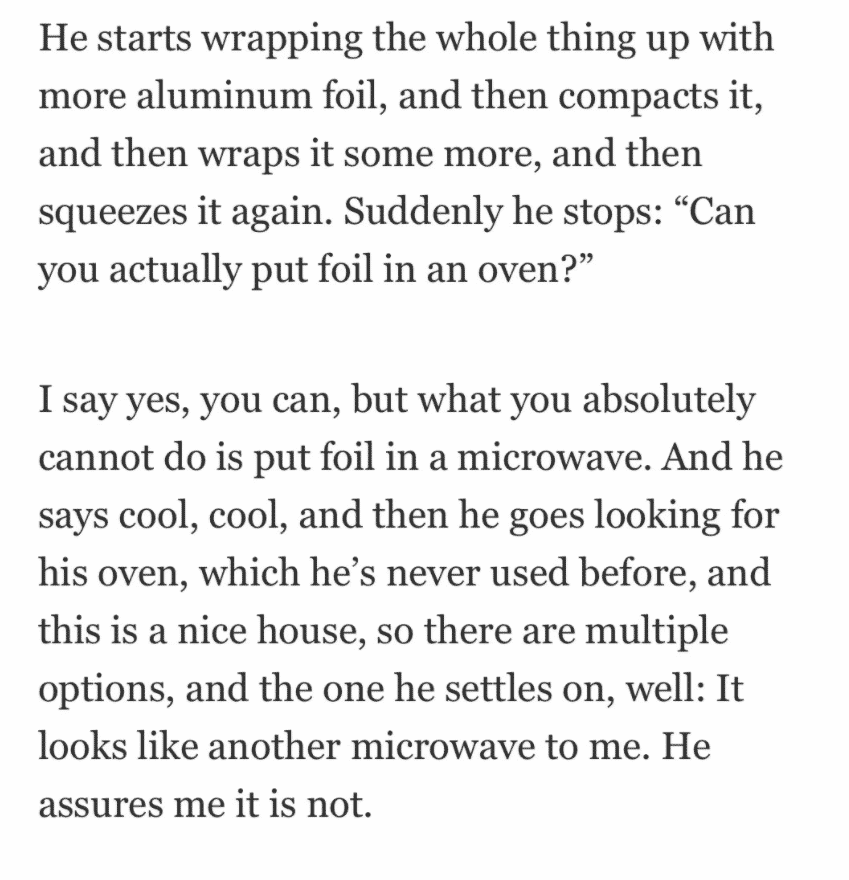 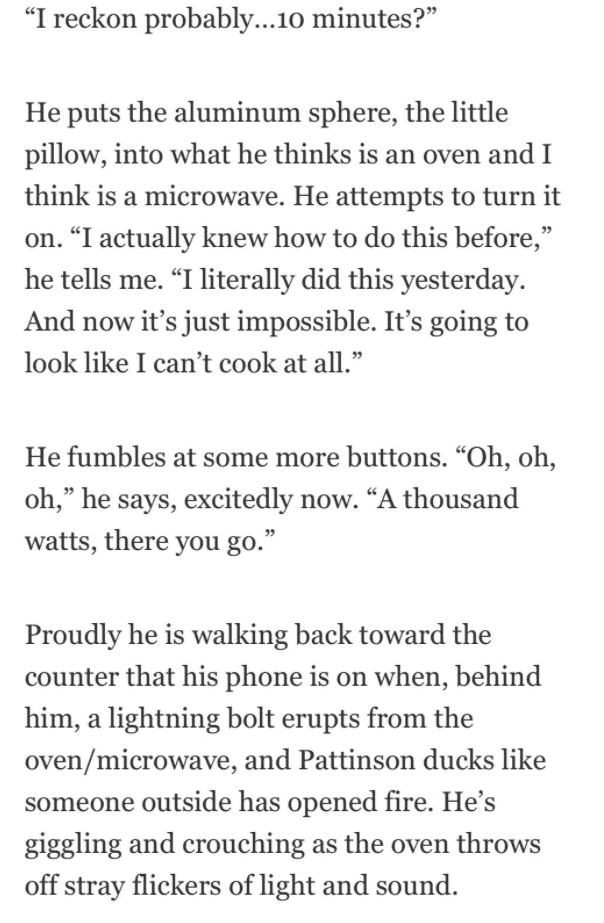 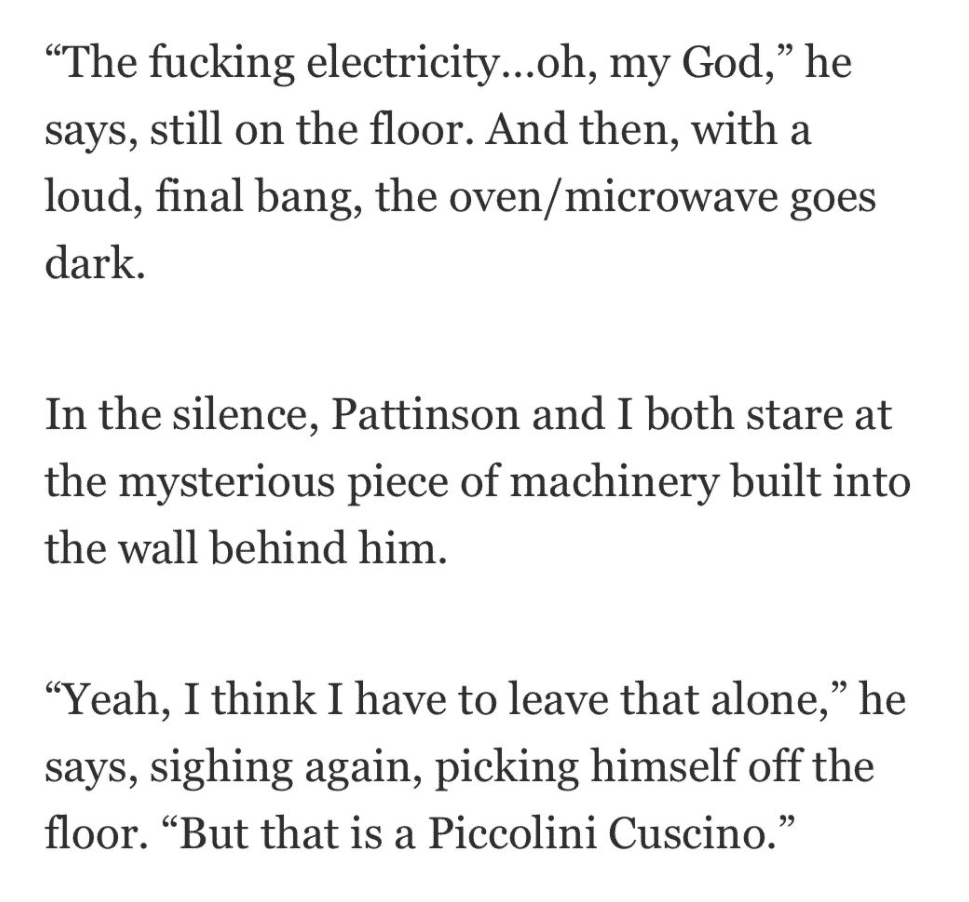 Ingredients include microwaved penne pasta, sugar, cornflakes, sauce, hamburger bun, and cheese. the results are a melted latex glove and a microwave on fire. It’s not your usual interview and I think that’s good!

People have been very taken with this story, and have even attempted to recreate the recipe themselves, but without the burning and arson.

i tried making the robert pattinson GQ pasta so you don’t have to. pic.twitter.com/M8WftZzLW0

More importantly, Robert Pattinson pasta memes became a thing, because there is nothing more relatable right now than being in your home, trying to reinvent the wheel with every carb and sugar in your pantry and having it result in complete disaster. Stars: they’re just like us.

pov: you’re a bowl of pasta about to go into a microwave pic.twitter.com/RaWeyL5RfL

i made the robert pattinson pasta sugar cheese sandwich and my review is that the only way to describe how it tastes is to imagine going through all five of the kubler ross stages of grief simultaneously pic.twitter.com/QsjwasbXRR

The article where Robert Pattinson blows up a microwave while trying to invent a pasta pillow is delightful because it’s the first time in months that a confident-yet-bumbling man has been in the news who is not in charge of millions of peoples’ lives.

sure why not let robert pattinson style his own fashion shoot from quarantine what could go wrong pic.twitter.com/7vZGcfYZaC

robert pattinson placing pasta into a pot for his piccolini cuscino: pic.twitter.com/oPcCD8dIre