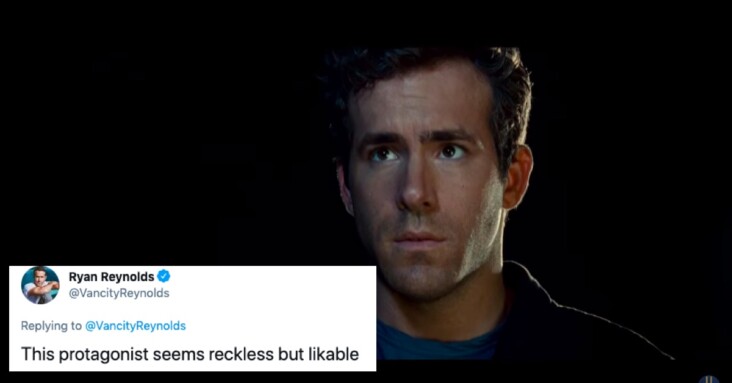 Ryan Reynolds has had many chances to be a comic book hero on the big screen, and he finally hit gold when he donned the mantle of Deadpool. For the second time. He will often bring up the original, mouthless iteration of Deadpool, but he doesn’t mention his 2011 turn as Green Lantern, a man with a magic glowing ring.

The movie came out in an era where CGI was pretty good, but moviemakers hadn’t learned to use it with a light hand. It was chaos.

You can see from the trailer that this was filmed like 99 percent against a greenscreen. Half the characters don’t exist. It’s a weird, visually unpleasant, and very green experience:

There probably are fans out there of Green Lantern, but it doesn’t seem like Ryan Reynolds is one of them.

He decided to live-tweet the movie while drinking his special Aviation Gin and dedicated it all to Zack Snyder’s super duper long director’s cut of Justice League that was released this week. This is what we call “brand synergy.”

It was also in honor of St. Patrick’s Day, which is very appropriate given the color story:

You might have had to watch along to get all the references Reynolds throws out, however some of his observations about his own performance and the storylines he never knew about are pretty funny on their own:

The man never had to read scenes he wasn’t in! Being an actor is even easier than I thought. You do have to watch other people sniff your wife’s hair though:

Ultimately, Reynolds approved of the film:

But he did drink quite a few cocktails to get through it.