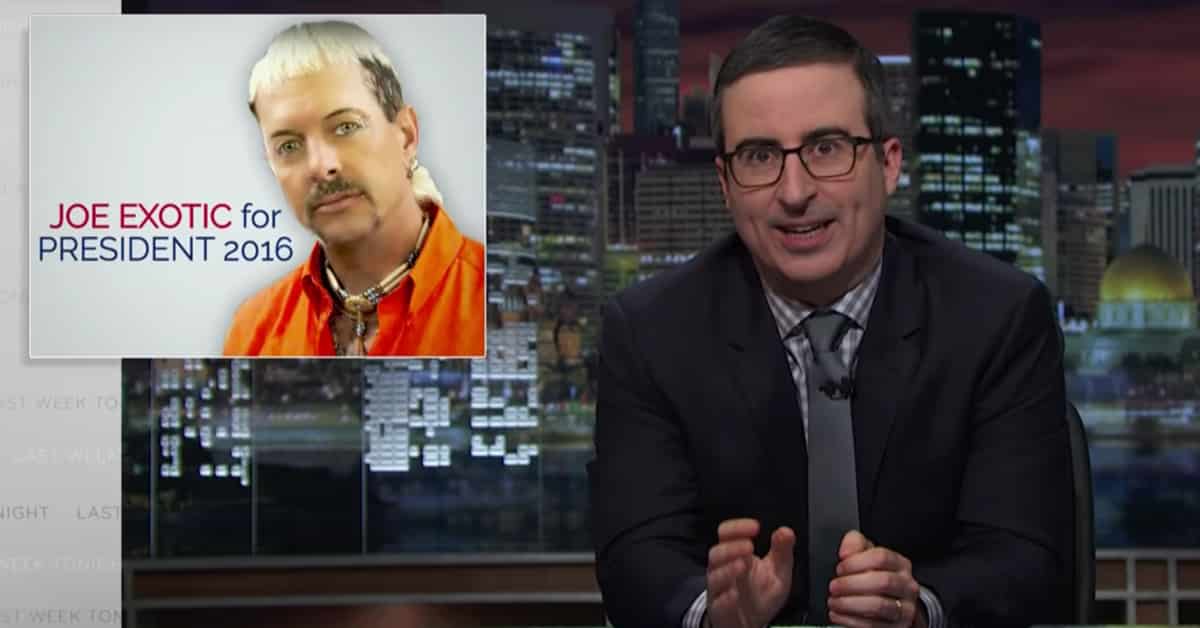 If you haven’t seen the Netflix true-crime docu-series Tiger King: Murder, Mayhem and Madness you should probably get right on that and finish this article later.

In these trying times dominated by the coronavirus/COVID-19 pandemic the Netflix series about an eccentric zookeeper named Joe Exotic and how his rivalry with other players in the big cat world (that’s a thing) led to his arrest for hiring a hitman has captivated the Internet and provided a welcome distraction.

It’s also inspired a zoo-full of hilarious Tiger King memes and jokes from the millions who are being kept sane by this insane show alone.

But as Uproxx points out, this isn’t the first time America has heard of Joe Exotic, since he was profiled by on Last Week Tonight with John Oliver in a segment on third-party presidential candidates in 2016.


Yes, in addition to breeding and owning hundreds to thousands of tigers, running a functioning zoo/cult, and juggling a polyamorous relationship and a series of rivals and enemies (notably Carole Baskin), Joe Exotic found the time to run for president in 2016.

Discussing the Federal Reserve at the time John Oliver had this to say about a potential Exotic Administration:

Meanwhile in his official ad Exotic reeled off his qualities and qualifications to the American people which include such memorable quips as “I’m broke as shit,” “I’ve had some kinky sex,” and “I am not cutting my hair.”

As you may recall 2016 was a crazy election year and we wound up with a president who is only slightly less outlandish than a polyamorous tiger breeder.  With our pandemic-stressed nation now obsessed with a show about Joe Exotic—who is currently serving a 22-year prison term for murder-for-hire—2020 is shaping up to be a fairly odd year too.