Sunday night’s Game of Thrones episode, titled, ‘The Last of the Starks’ didn’t become a fan-favorite for a number of reasons—but it did break the Internet for one extremely memorable shot.

While Jon and crew are celebrating their defeat of the Night King with a feast and plenty of wine and ale, viewers noticed Daenerys looking particularly salty at the praise he’s receiving. More importantly, however, you can clearly see a coffee cup just sitting there on the table, plain as day. 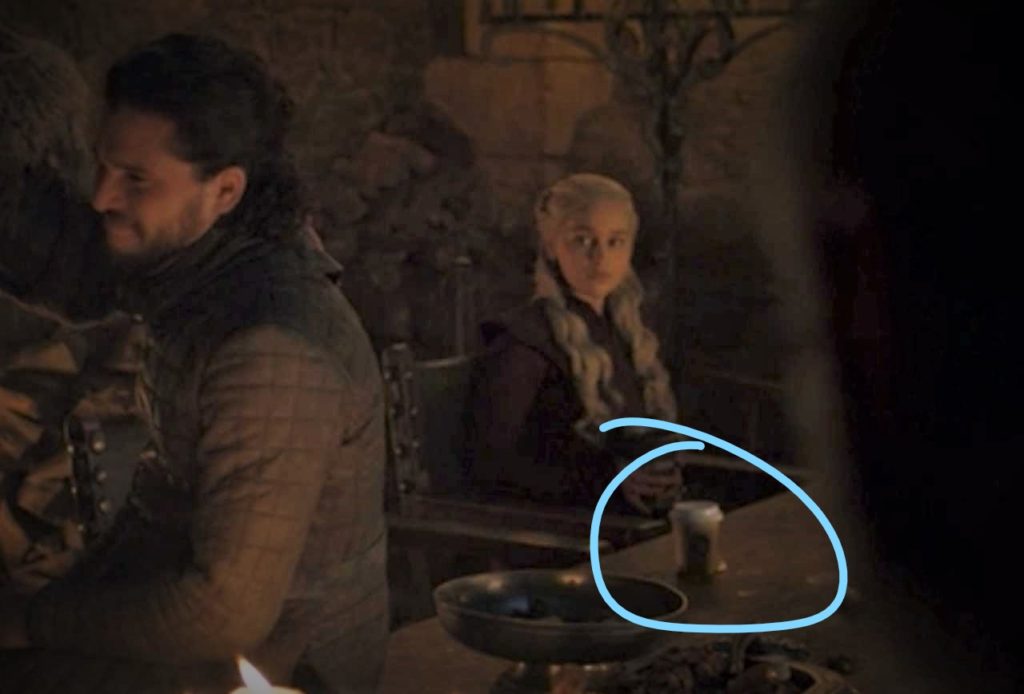 Now, I’m not going to call the crew of Game of Thrones out for this. A television show of this magnitude has never really been done before and there are definitely going to be slip-ups. But that didn’t stop the Internet from jumping in and making some playful jokes. Here are some of the best of the best:

Broke: they accidentally left a starbucks cup on the set, oops

Woke: Starbucks is canon in Game of Thrones world 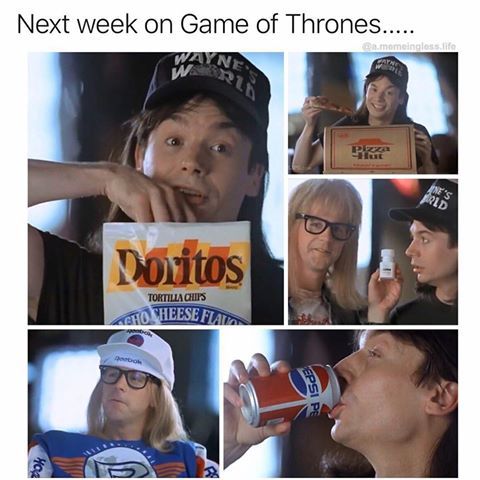 Seeing a Starbucks cup in game of thrones really frustrates me. In the books Westeros only has Peet’s coffee, while Starbucks can only be found in eastern parts of Essos and-

I found where she got the Starbucks cup from #GameofThrones pic.twitter.com/46XztK2QjV

Maybe the reason you saw a Starbucks cup in Game of Thrones is because your TV isn’t properly calibrated.

bran saw that starbucks cup but didn’t tell anyone

I found the barista… pic.twitter.com/LdQRyjW5G1