Producer Andrew Lloyd Weber has had multiple musicals take over Broadway for decades and then eventually make their way to the silver screen. Results have been mixed, but people were legitimately afraid of what would happen when it was announced a movie version of Cats was being directed by Tom Hooper—and they had every right to be. The Cats movie reviews are in, and folks, they are…not great.

Early clips and the trailer showed some pretty terrifying visual choices. While audiences might suspend their disbelief and enjoy a human dressed as a cat on stage for a couple of hours, a CGI mix of human and cat body parts is more horrifying than magical.

The film was released and everyone’s fears were confirmed. The movie is apparently awful, so awful in fact that Cats reviews have crossed over from being critical to being hilarious. They might be the best part of the whole thing:

I would pay to read a book of just Cats reviews. pic.twitter.com/3HTHxHH9Zf 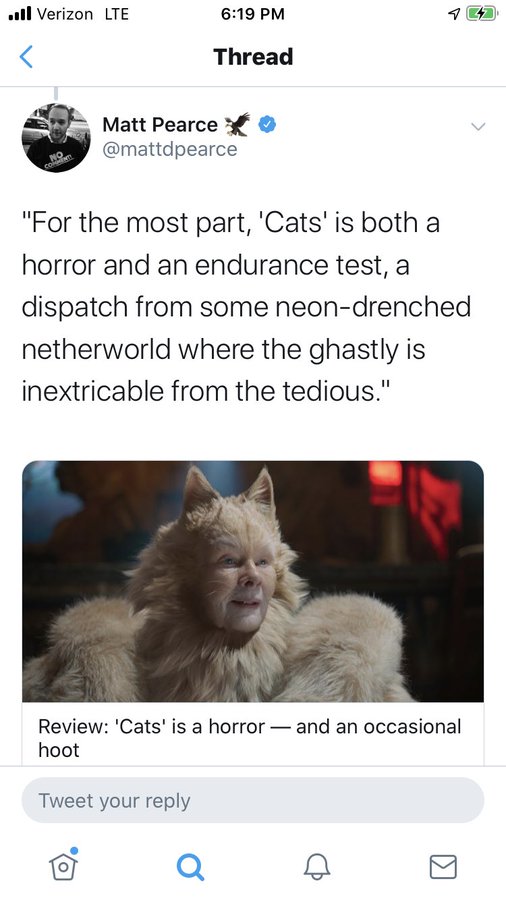 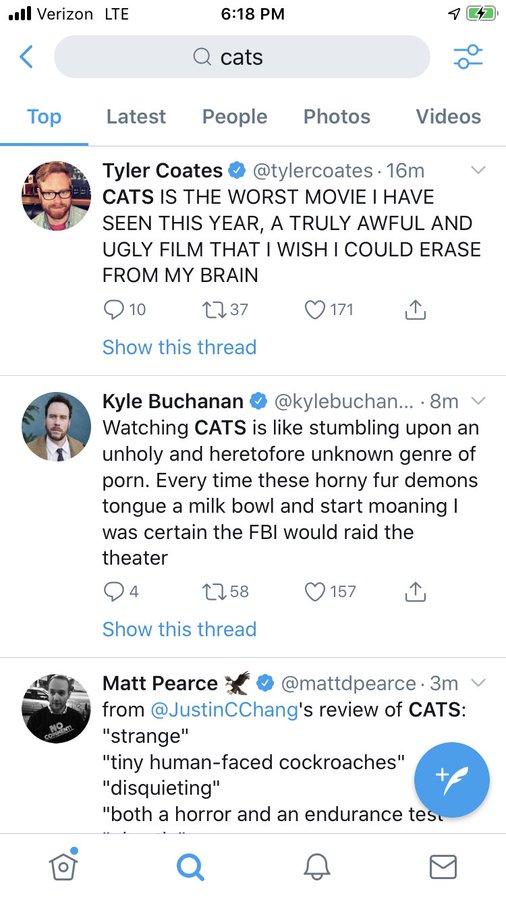 Below are some of the worst and therefore best Cats movie reviews from people who had to actually sit through the movie, plus a few reactions from folks just enjoying the whole mess. And really, isn’t that what true entertainment is?

this is my review of cats pic.twitter.com/88o4dt7b1b

Glad to report that Cats is everything you’d hoped for and more: a mesmerisingly ugly fiasco that makes you feel like your brain is being eaten by a parasite. A viewing experience so stressful that it honestly brought on a migraine.

Me watching #CATSmovie: WHY human faces and human hands? Why so small? What is Judi Dench’s fur coat made of? How do they poop? How did I get here? Why so boring? Who is responsible for this? What hath cat-manity wrought pic.twitter.com/z4b0ysQ800

The Cats reviews are out and I can’t stop laughing. pic.twitter.com/4GaPEuJSuZ

I don’t really know what to say about CATS at this early stage, since a perfectly credible reaction like “it’s one of the worst pieces of art I’ve ever witnessed” can only sound like empty hyperbole. Maybe I should just wait a few months.

I love bizzaro, crazy, break into song & dance stuff & #CATSMovie was easily the most boring thing I’ve ever seen. Dancing was good & Jennifer Hudson’s “Memory” was stunning but I coulda easily napped & been fine. I spent a lot of time wondering what drugs Hooper was on.

AND WHY DO SOME WEAR FUR COATS OVER THEIR FUR?

The reviews for #CatsMovie has inspired new levels of creativity for reviewers and I could not be more here for it pic.twitter.com/F1kq2v1eJj 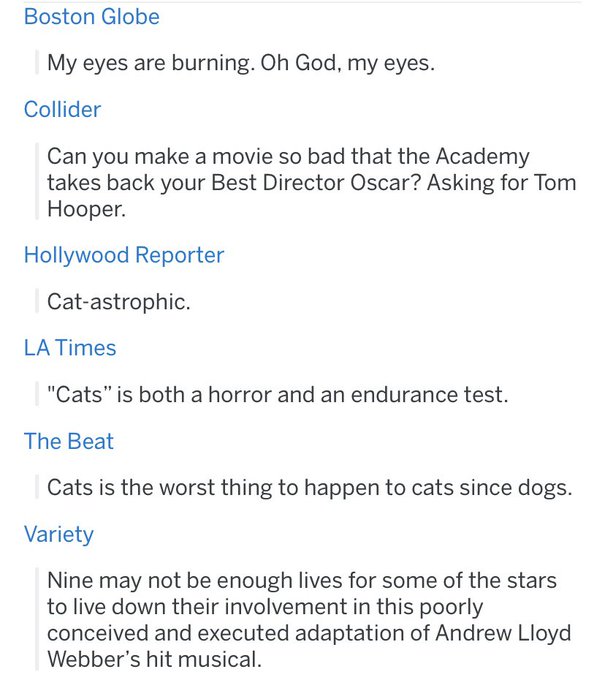 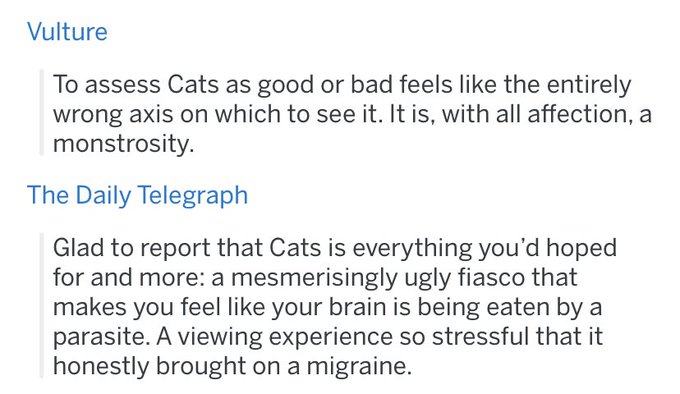 Cats reviews are in! pic.twitter.com/0oy17h6FrV