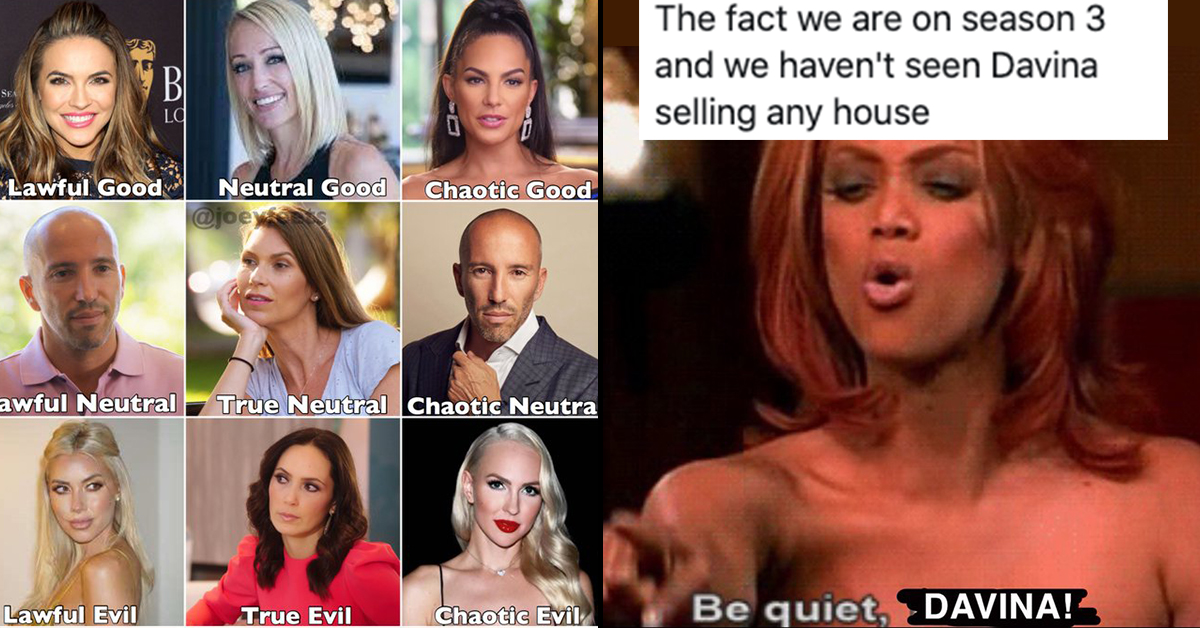 It’s been a while since we all cozied up around the screen and tweeted our fingers off about a new Netflix series. Tiger King feels like a million years ago. Nothing could really compare to the wild machinations of Joe Exotic against his triumphant enemy Carole Baskin, but there is still some excitement to be found in the thirds season of Selling Sunset. It’s a show with high stakes, but no murder by tiger.

It follows a group of real estate agents at The Oppenheim Group, based in Los Angeles. They mostly sell extremely, extremely expensive homes—one ongoing plot is agent Davina’s attempt to off-load a $75 million mansion, which she has yet to do. The rest of the drama is around personal relationships, of course, including the divorce notice by text sent to Chrishell and how much of a snake everyone thinks Davina is. Including Chrishell, based on this tweet:

I SO appreciate all the love you guys have given for #SellingSunset wow!
That being said, some of you are attacking a certain person in defending me. I appreciate the sentiment because certain things made me mad too. But I hate feeling like someone is getting bullied

It’s nice that she’s being kind, but almost no one else in these tweets is. So get the popcorn and enjoy. We’re all Selling Sunset together.

“i watch selling sunset for the plot”
the plot: #SellingSunset pic.twitter.com/Ig4bGlWrwe

lmaoooo Christine is def Regina George, heather is Karen and davina is Gretchen weiners and she keeps tryna make fetch happen with that 75 mill house #SellingSunset

It has come to my attention that Davina is 30!! Let this be a lesson, bad vibes age you. Bad for the complexion! #SellingSunset

Why is Davina on #SellingSunset?

1. She told Chrishell there’s two sides to every story after her husband blindsided her w/ divorce thru TEXT
2. We haven’t seen her sell a SINGLE house
3. She can’t dress
4. She’s a terrible “friend”

For these reasons, she should go pic.twitter.com/6z2pITq5OC

This nigga Justin Hartley TEXTED Chrishell that he was divorcing her?!? #SellingSunset pic.twitter.com/51EFglGh60

Attention everyone… Davina apparently met Justin once and he was NICE TO HER so of course he definitely couldn’t be an asshole and Chrishell is lying about being blindsided.#SellingSunset pic.twitter.com/9ZtInZLODz

#SellingSunset me when the developer of the $75 mil house is being mean to davina pic.twitter.com/EUgyRi2PhJ