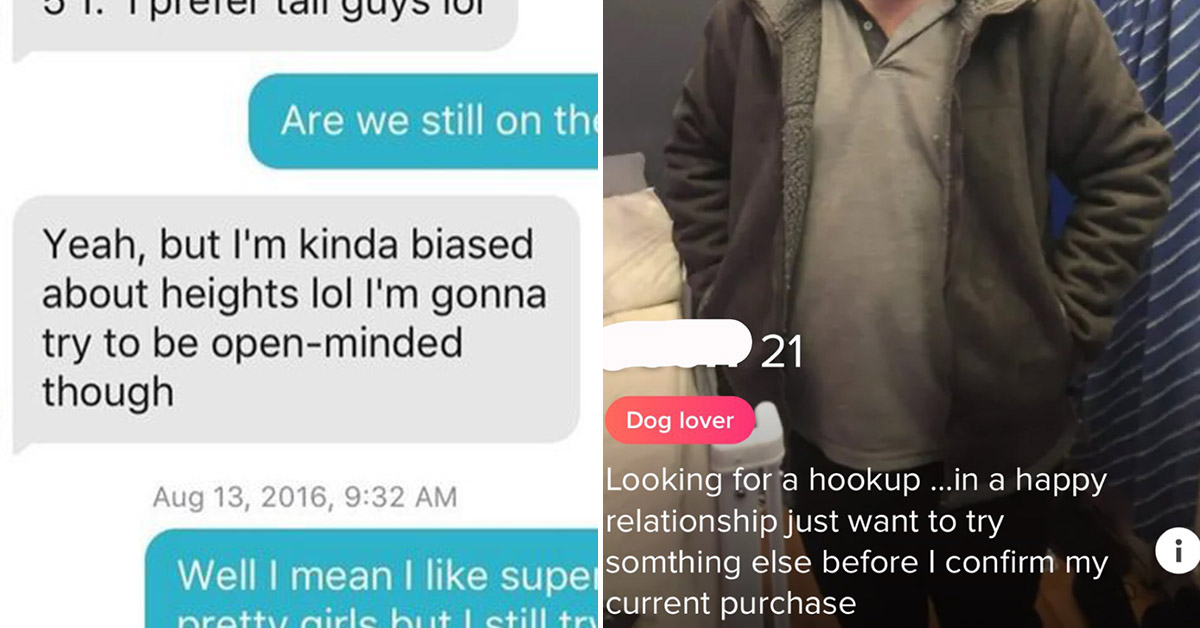 There are people walking around who somehow found the love of their life the old-fashioned way, at a bar or through mutual friends. Everyone else is doomed to look for a partner the most convenient way, on one of many available dating apps.

Sure, there are some happy endings that have come from Tinder matches, but for the majority of folks lookin’ for love on an app, it’s a minefield of terrible pick-up lines, stupid jokes, and dudes who get really aggressive when rejected.

If you’re newly single, or haven’t dabbled in the online dating world in a while, here’s a little something to deter you from venturing into those choppy waters.

1. He just wanted her to use “commend sense”

2. When it goes from creepy to terrifying

4. Using gross emojis instead of word is a bad move

6. It’s hard to tell whether he’s attempting to be funny or truly believe the thinks his pictures are cool

8. Guys who are just dying to man-splain some things to you… y’know, because he knows so much

9. Jokes made in poor taste are plentiful!

11. They’ll even call themselves out if you let them

12. They’ll shoot their shot, and then shoot it again the exact same way

13. Only the classiest pick-up lines

14. It’s genuinely impossible to tell whether they’re attempting humor or honestly think this might work

15. A lesson on taking a dig with zero grace