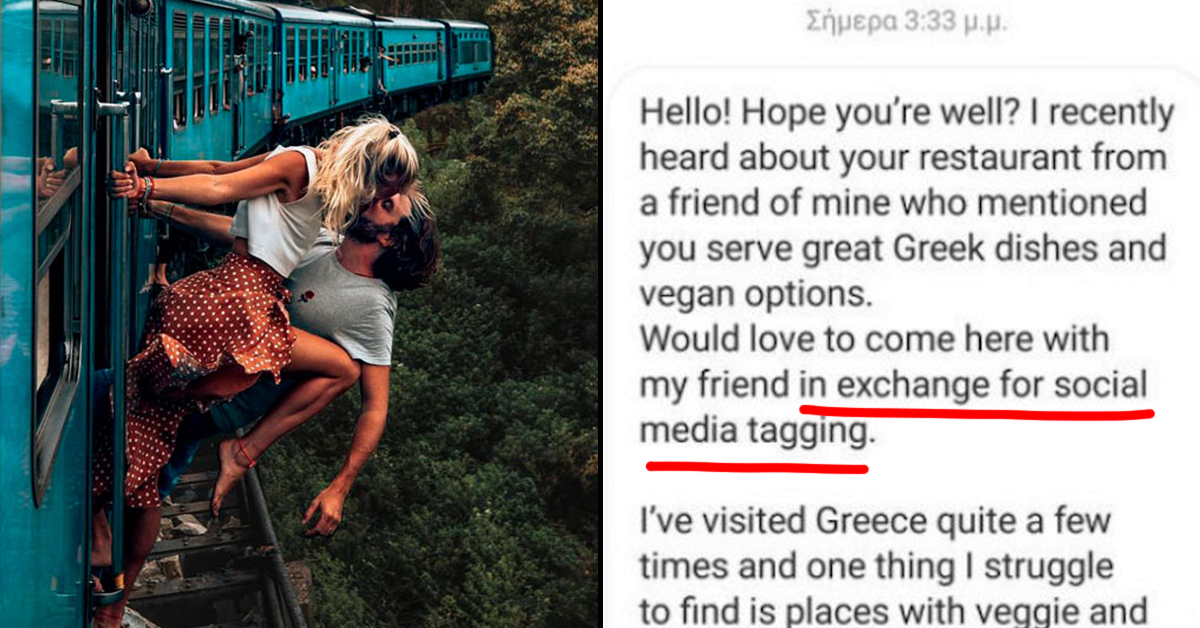 The subreddit r/InstagramReality is used for people to share stories about the difference between the world Instagram influencers post and what all that hustle looks like behind the scenes. A very popular post was made by someone under the handle u/Chamallow81, who wrote, “My family has a restaurant on a Greek island. We receive dozens of messages like these every year: ‘I’m an influencer, can I come and eat in exchange for posting a photo of your restaurant on instagram?'”

They shared two screenshots, one from an influencer and one from the restaurant. In this case, the screenshot message reads that the influencer would love to come with their friend in exchange for “social media tagging.”

“I’ve visited Greece quite a few times and on thing I struggle to find is places with veggie and vegan options,” they continue. “Would love to speak about this to my audience.” 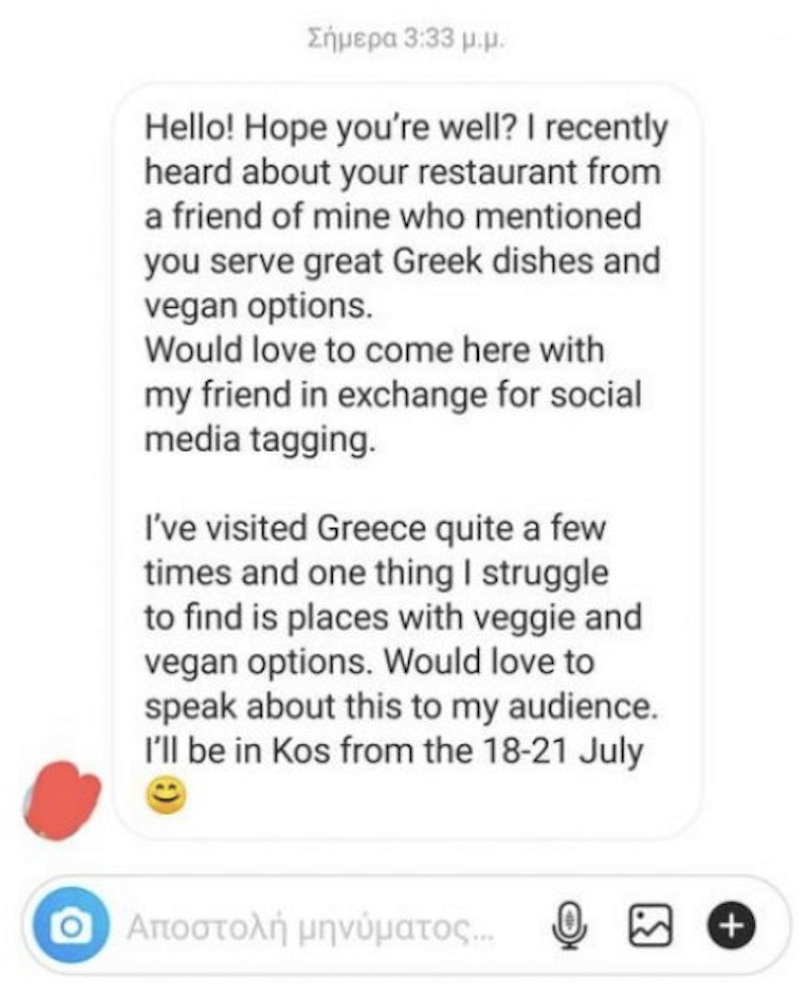 The OP explained, “For the last 3 years I have been responding with the following: ‘thank you very much, however our restaurant has a policy. We charge every influencer who wants to eat here normally, however we offer food of equal value to people in need instead.'”

Then they shared a screenshot of a supposed message to one of these influencers, proposing the altruistic deal and also speaking the influencer talk by saying that this kind of action improves their “brand image” by showing they’re giving back to the community. 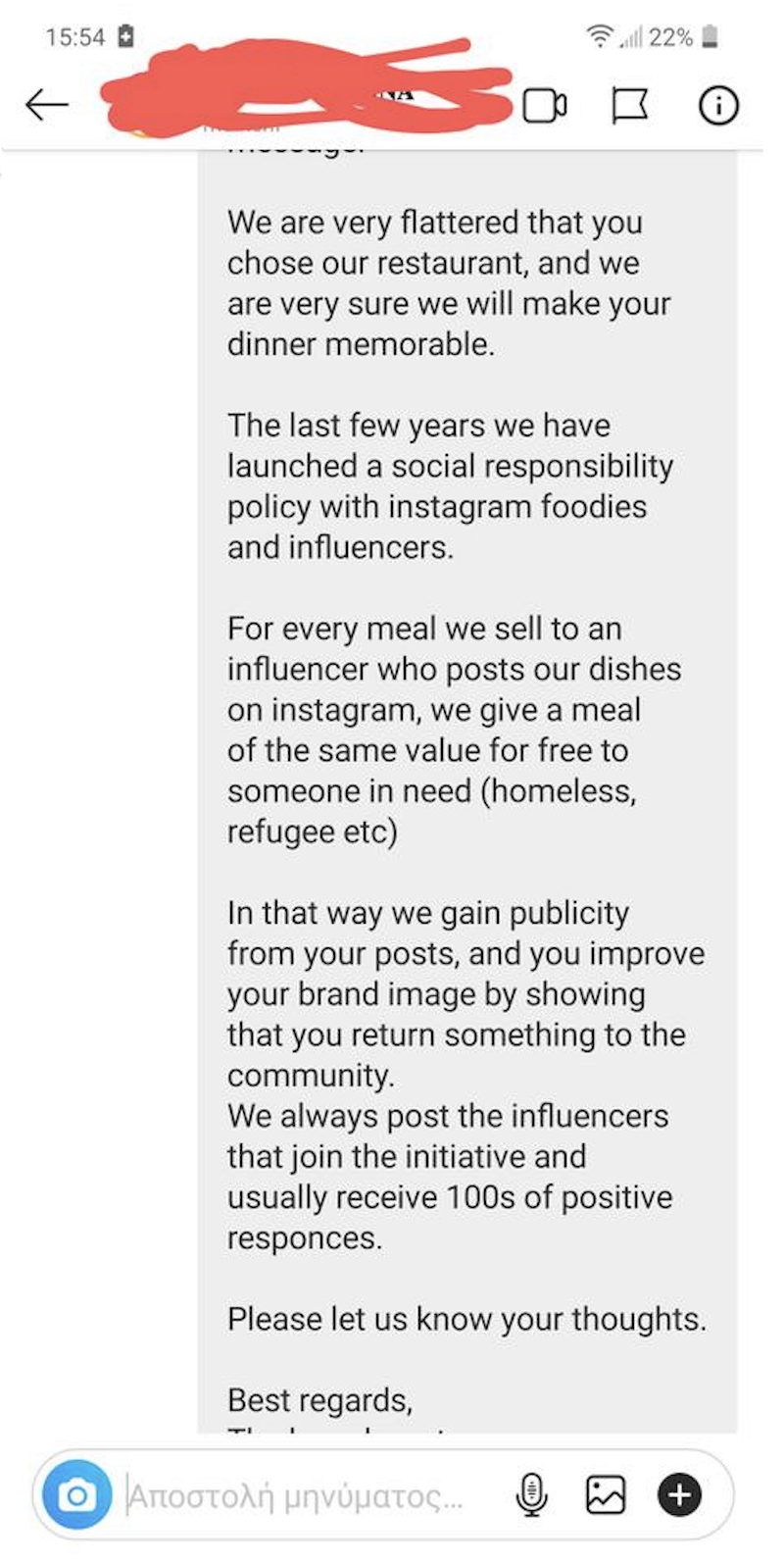 “NO ONE has ever accepted to come under this condition,” the restauranteur writes. “That is, to pay for his food even if I will then offer free food of the same value to people in need. Most of the time they don’t even reply and some even delete their original message. Dear influencers: You are just making a fool out of yourselves by trying to create a fake cosmopolitan lifestyle based on begging.”

I am a little confused by that because it says in their message to the influencer that they always post about the influencers who participate and get “100s of positive responces[sic].” So that’s either a lie to the influencers or a lie in the post about who has accepted the deal. I do, however, completely believe that most would not take them up on this offer. They’re too busy trying to scam free food from somewhere else on the island.

Since this is a subreddit about shaming influencers, I was expecting the comments to be all about how ENTITLED these dweebs are, but they were actually more pitying. No one who would do this is actually an influencer: 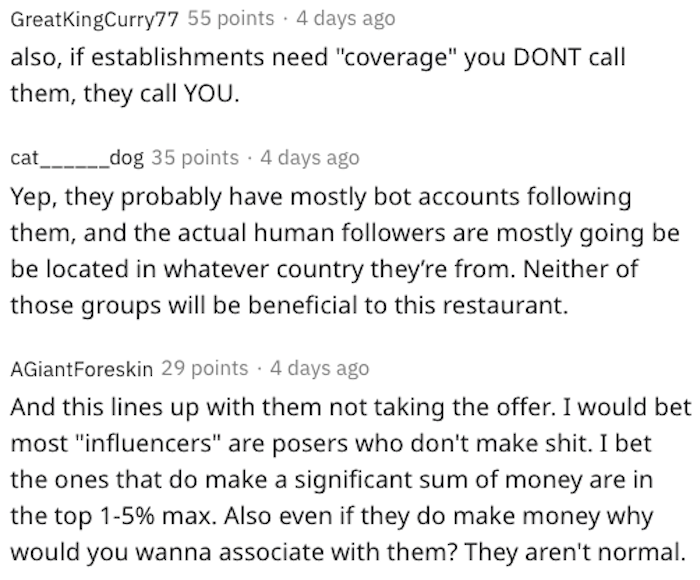 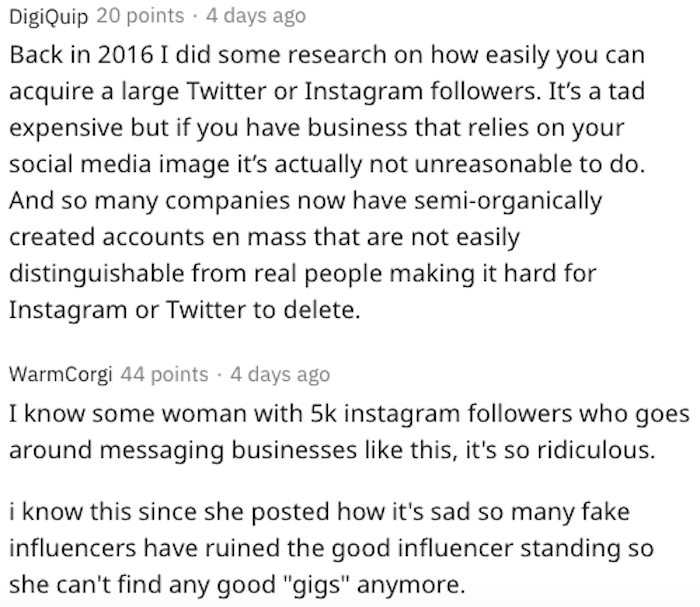 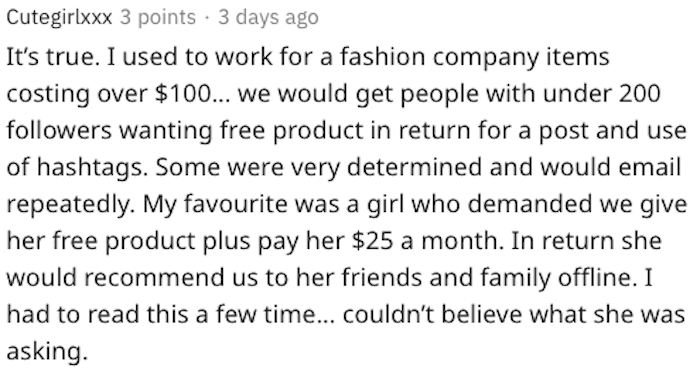 Yup. If you really had influence, you wouldn’t be cold emailing random restaurants for veggie options. When you end up paying for a meal anyway you might as well do it somewhere that’s trying to something good! I’d follow for that.