Seinfeld was one of the greatest shows on television, if not the greatest.  Even though you can find reruns on TV pretty much any time of day, we still all want more. Alas, Seinfeld is never coming back.

However, the next best thing came to us a little while back in the form of tweets.

Writers Josh Gondelman and Jack Moore created Modern Seinfeld, a Twitter account where they come up with modern scenarios that the gang from Seinfeld would be likely to get into if they were still doing their thing today.

It’s so hilarious and so perfect and will make you miss the show more than you already do. Here are some of the best. 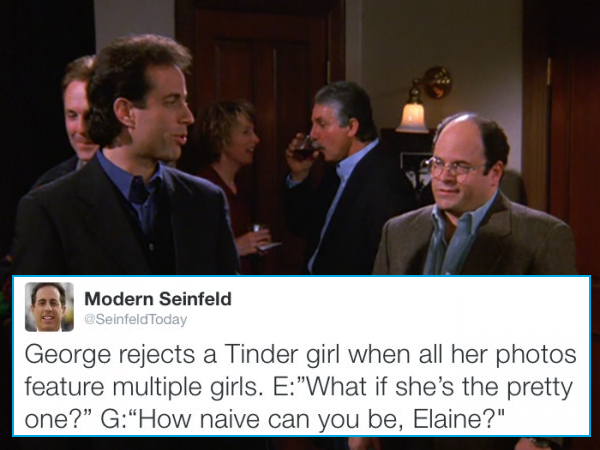 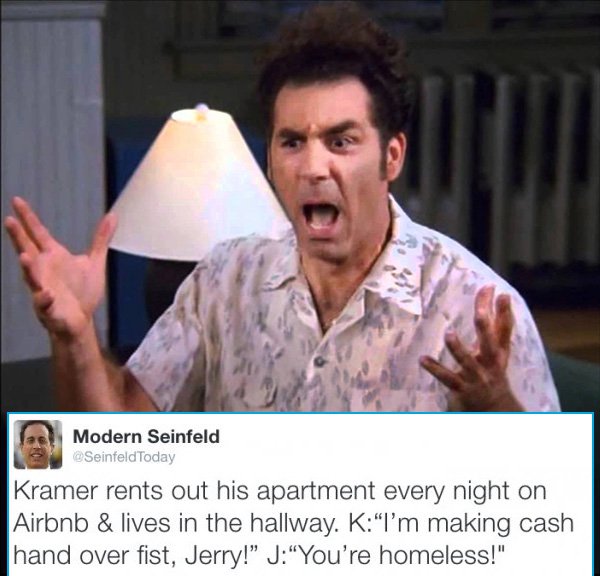 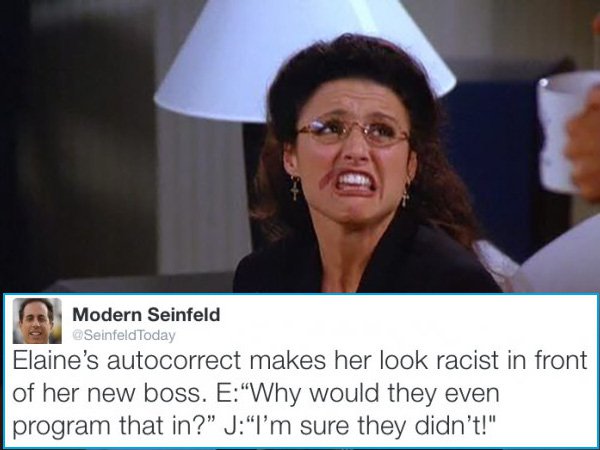 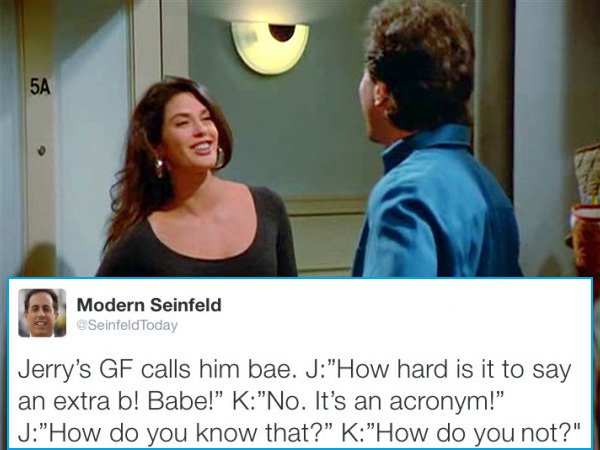 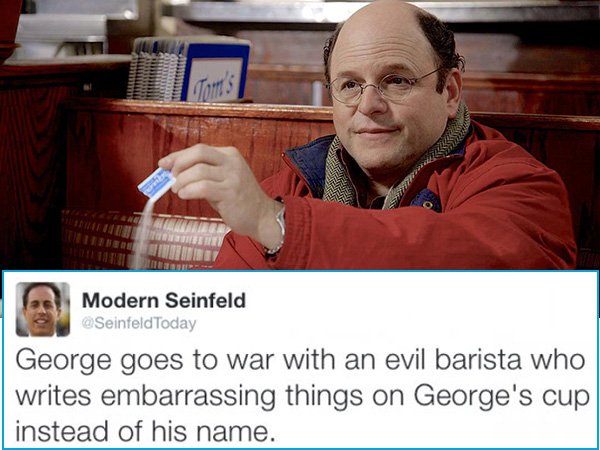 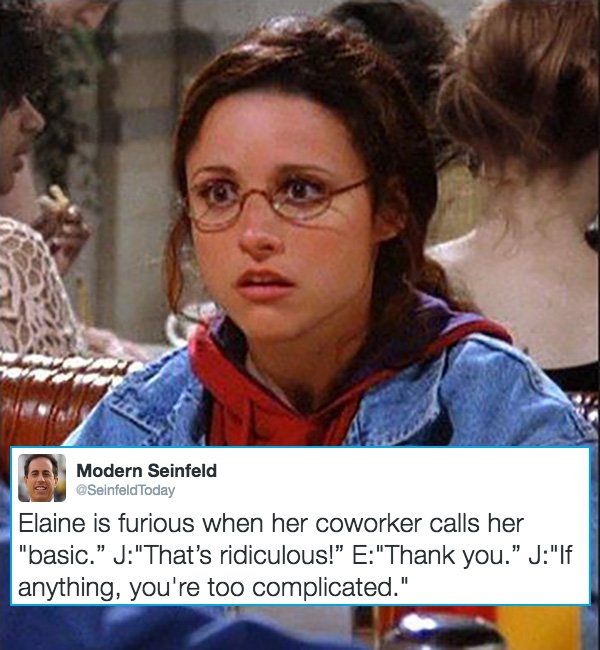 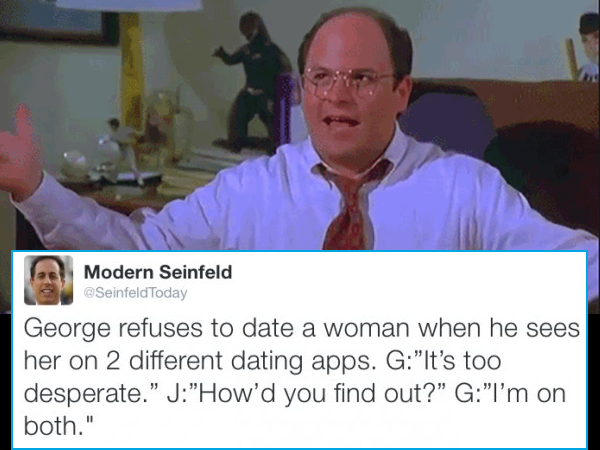 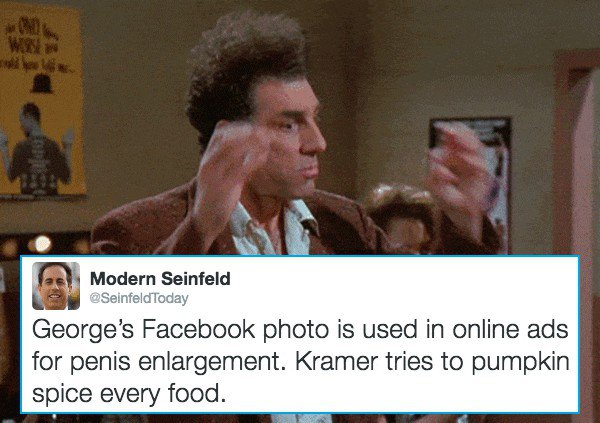 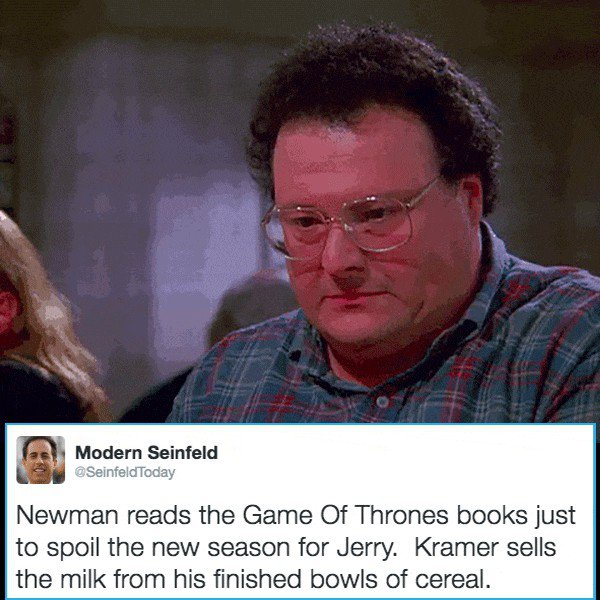 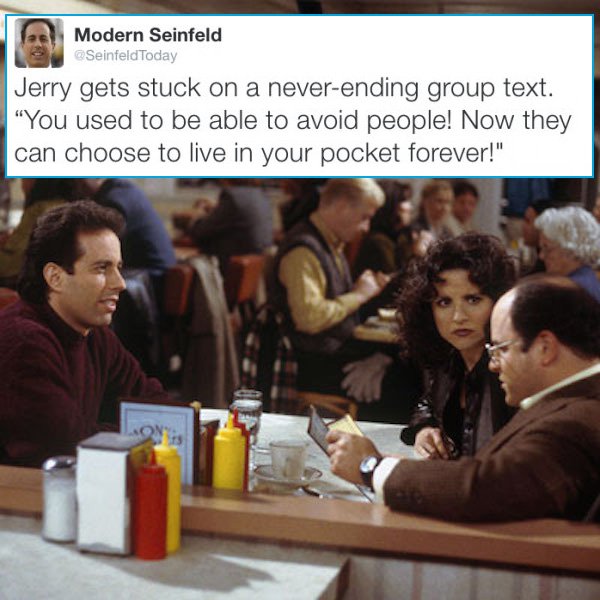 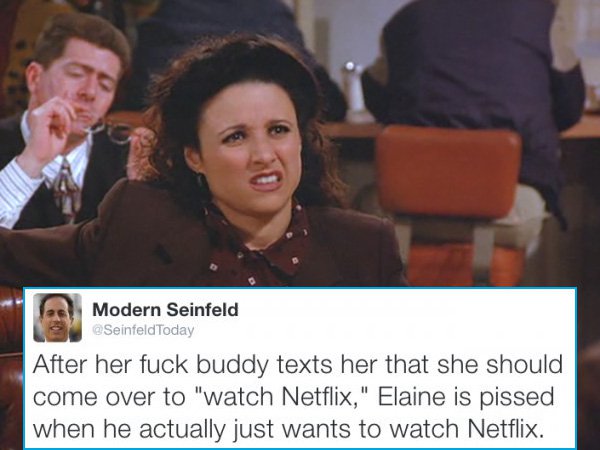 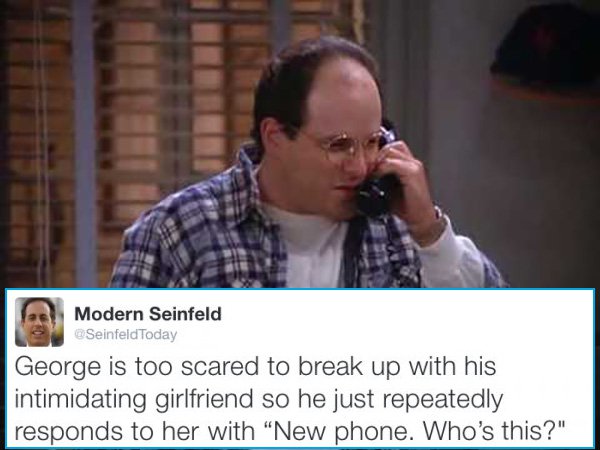 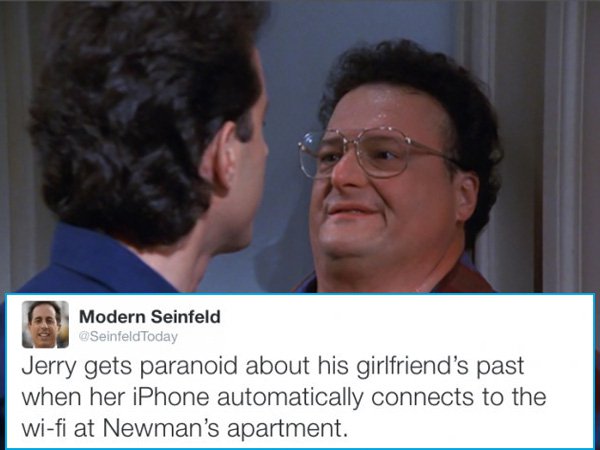 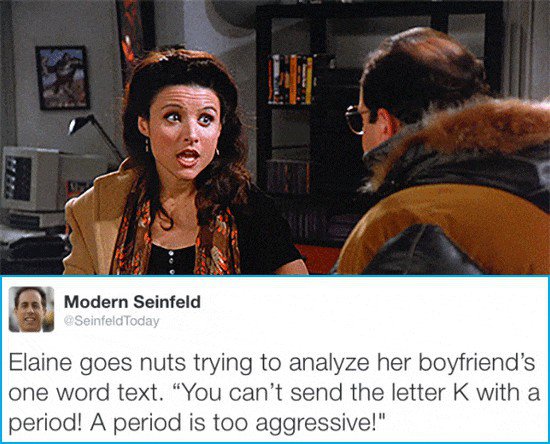 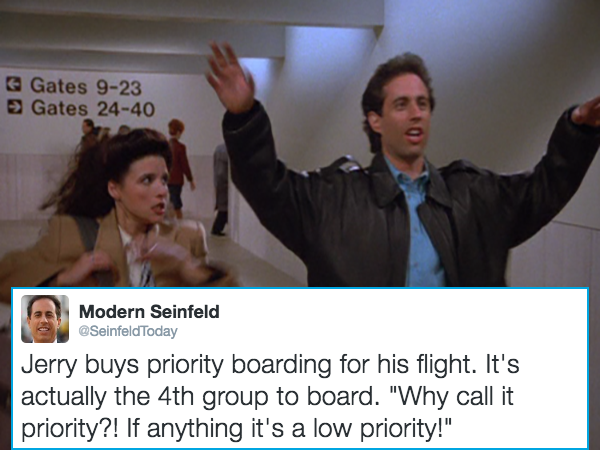 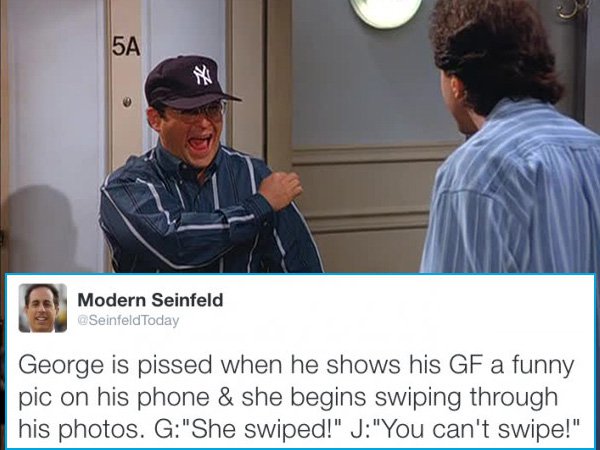 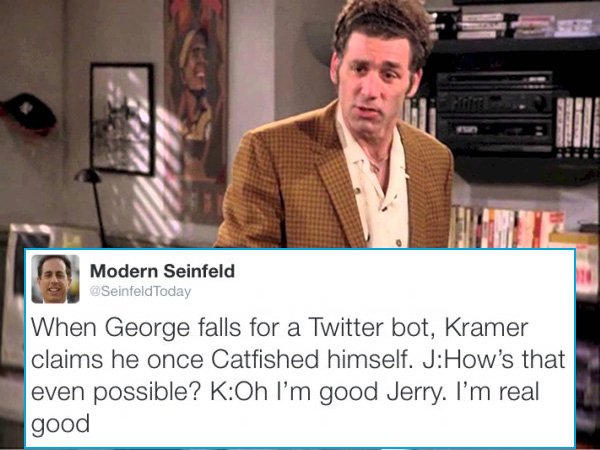 (via Modern Seinfeld, collection via Geodogfx)

If you want more hilarious Twitter entertainment: This Guy Sends Private Messages To Vanilla Ice Whenever He’s Bored At Work.