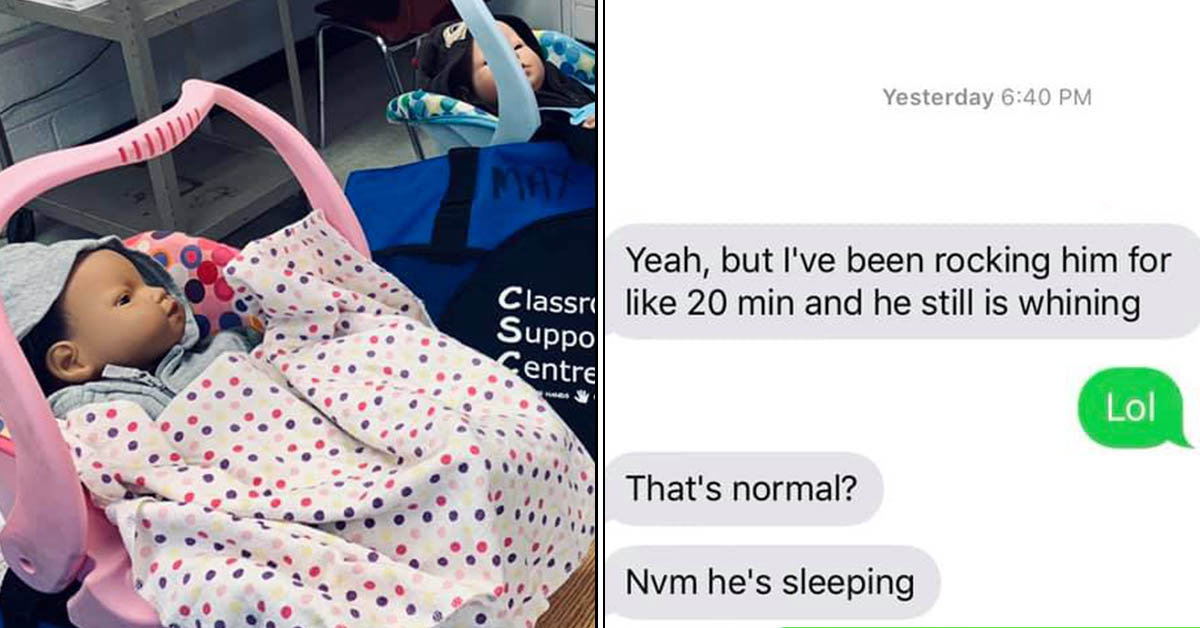 It’s hard to tell if it’s intended to teach kids something about being good parents one day or if it’s a way to frighten them into abstinence, but either way, they learned a lot.

Each teen got an animatronic baby that needs regular care for several days in a row. It’s programmed to pop off at random times, needs to be fussed over, and as the teens learned, you can’t just throw it in a tote.

The school shared screenshots of texts desperate students sent to the teacher wondering if they could pause or end the experiment…without failing class.

They’re pretty hilarious to the parents out there who had no off button option.

Oh, you need quiet-time? Too bad! 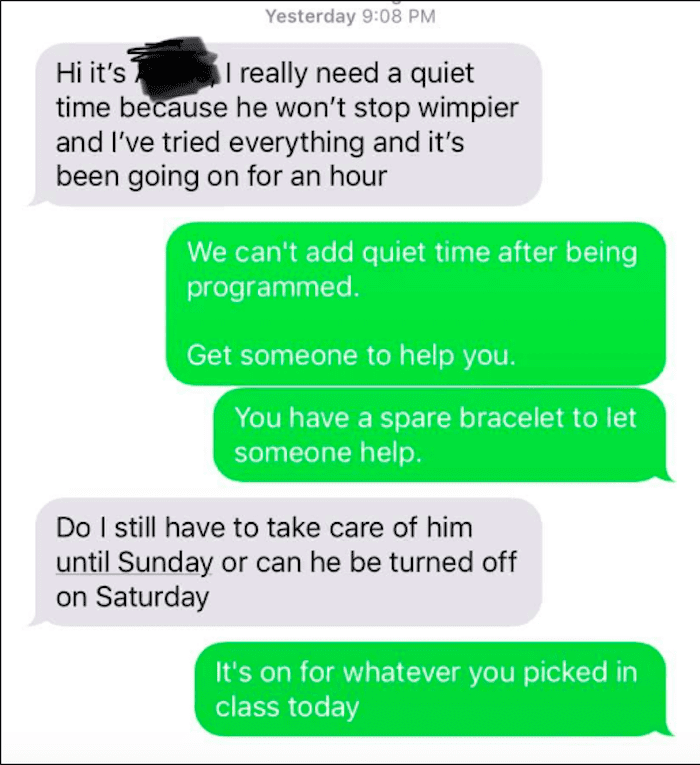 What happened to this baby?! 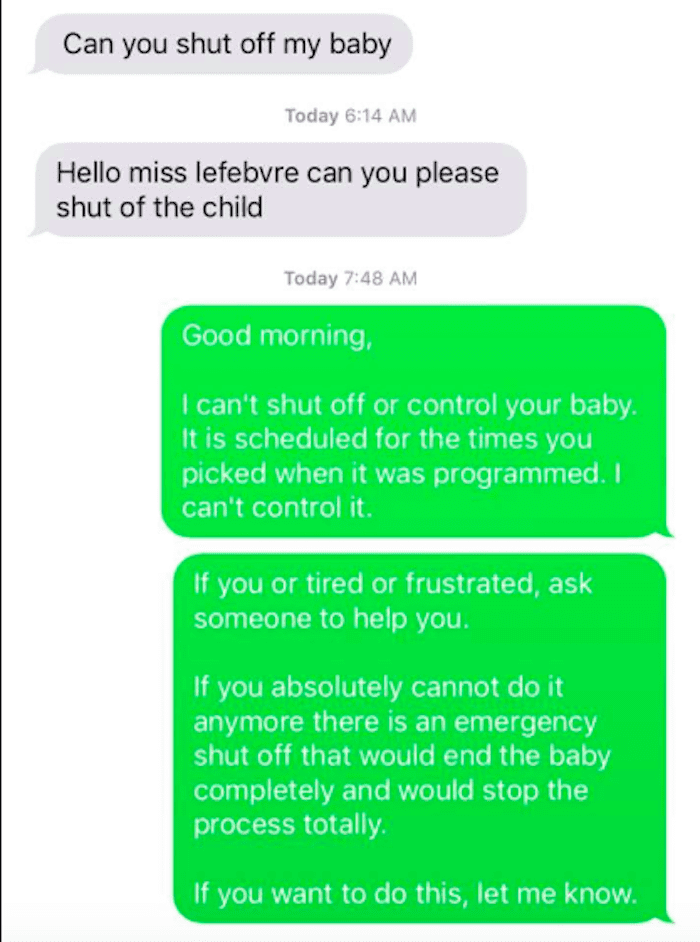 “Can you shut off my baby,” is probably something every parent has wondered in the first few months.

No way to know when a baby will start crying. Or stop. 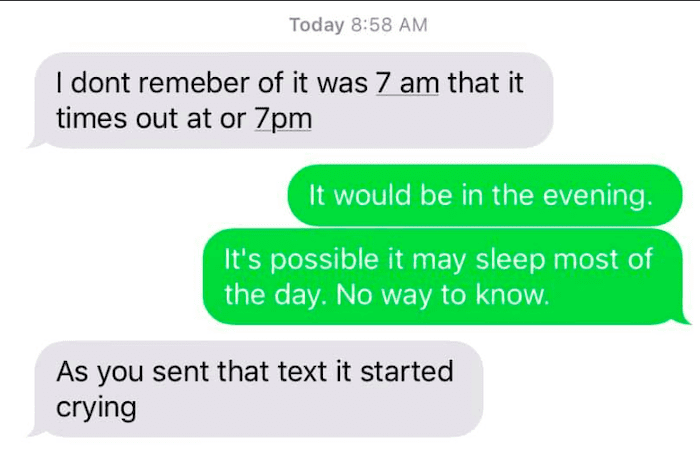 Dropping the baby down the stairs! Classic parenting fail. 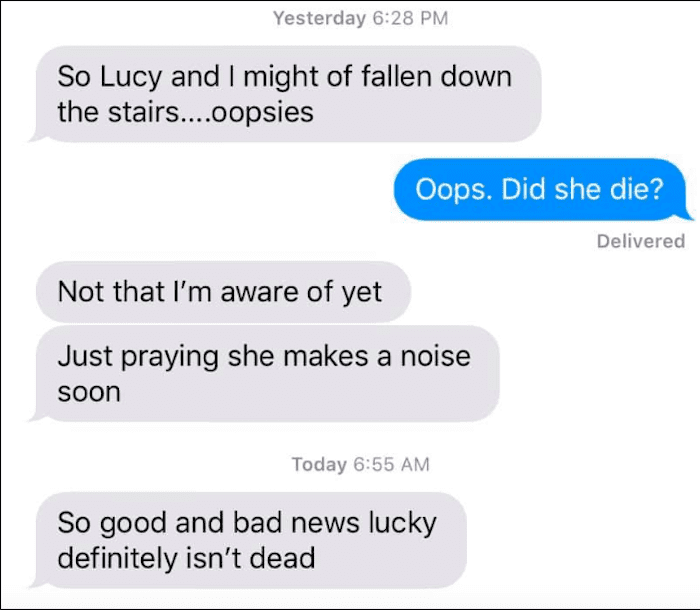 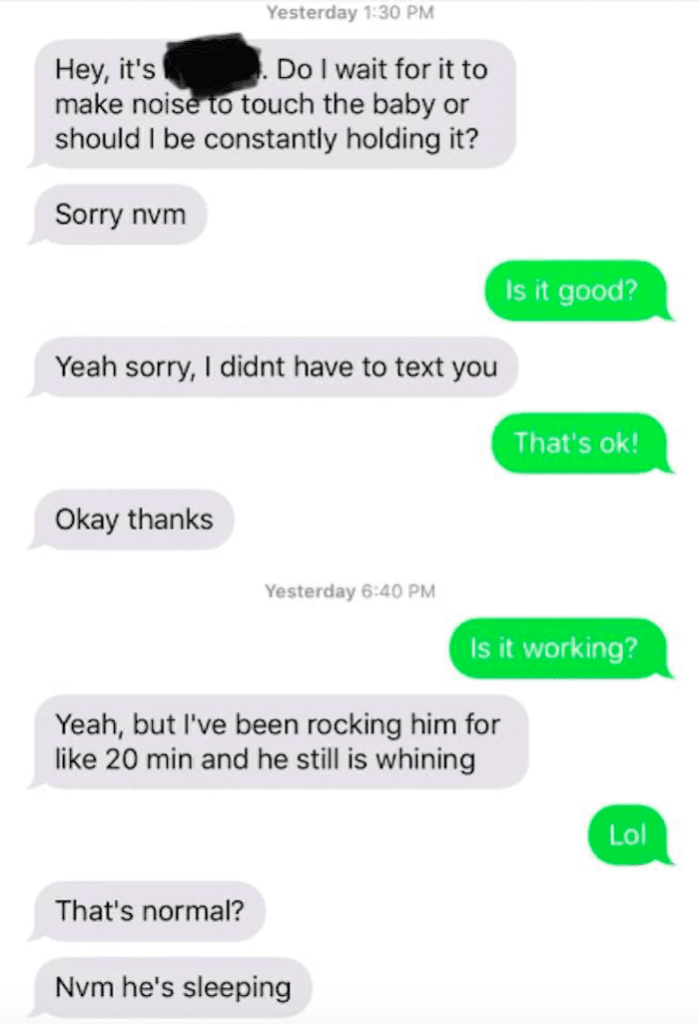 Is it normal for a baby to keep whining? “Lol” is all a teacher has to say.

The school wrote that everyone was looking “a tad tired” on Monday morning, but there would be a lot of discussion on the work of childrearing. I’m guessing there isn’t a teen left in that class who still wants to do it for a while. 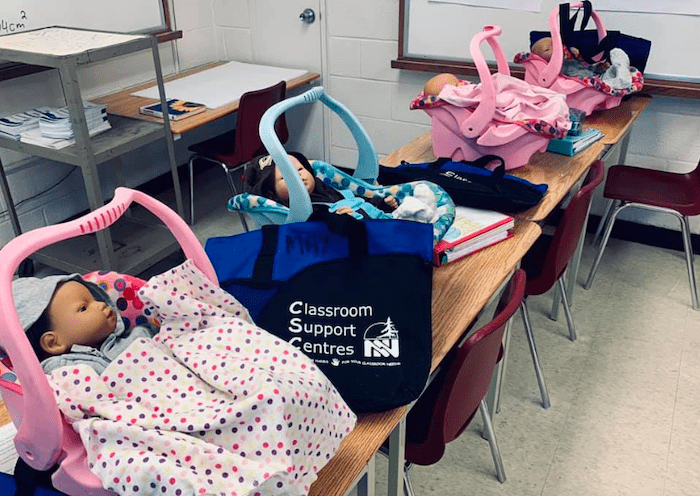 They look so innocent when they’re turned off.