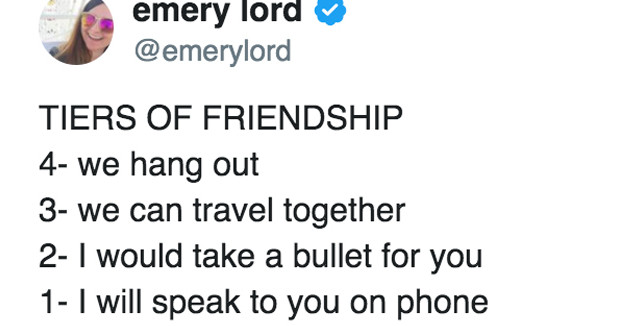 Some tweets are funny, funny.

I prefer tweets that are true, funny.

Almost personal attacks on everything I stand for.

These are those tweets. 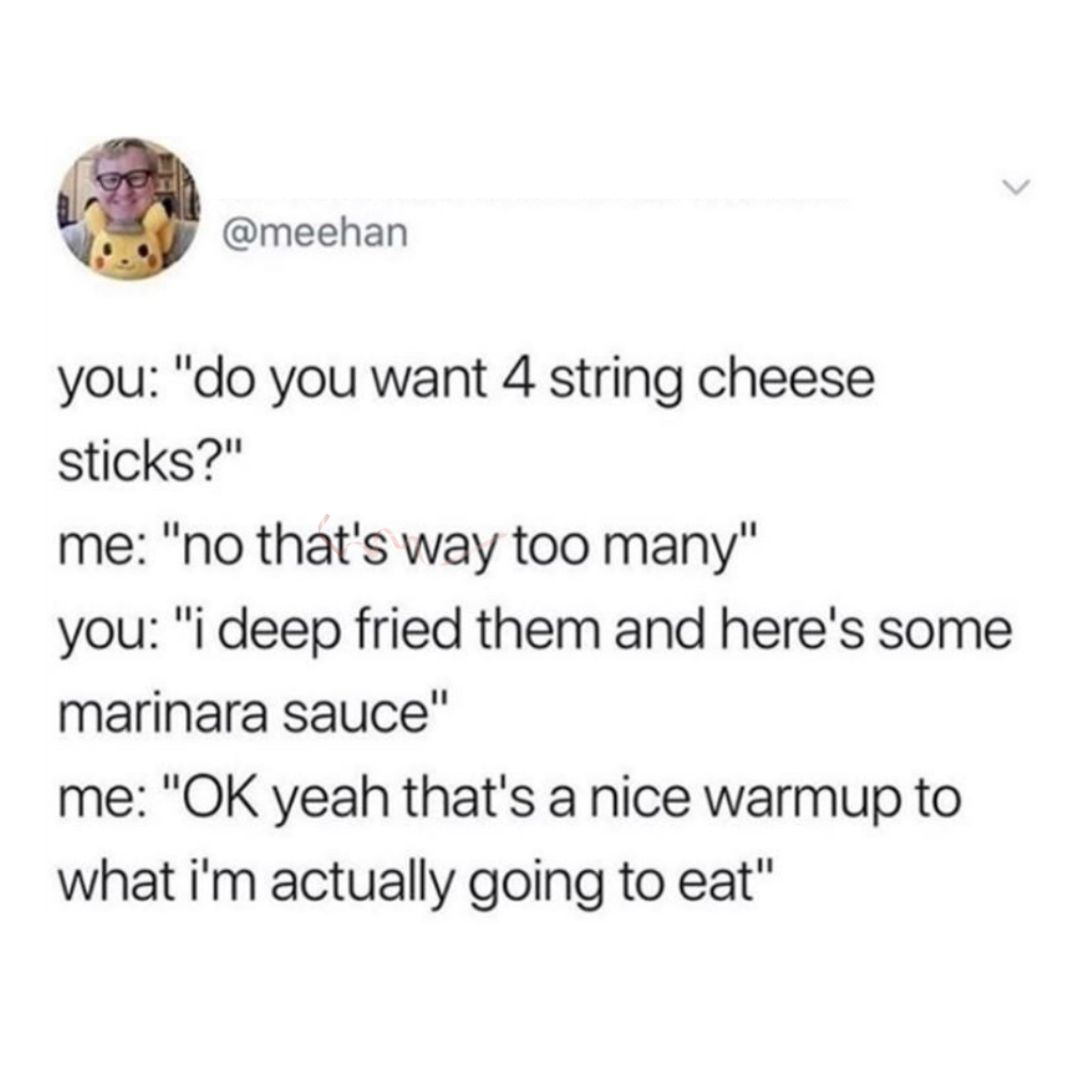 🔘 My keys that i had 2 seconds ago 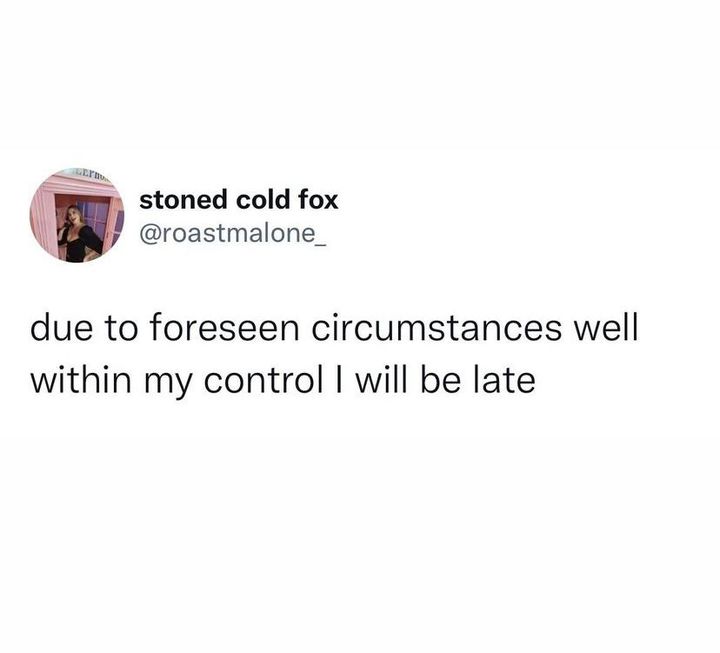 is my baby fat ever gonna leave or did it just turn into fat fat?

when u drop ur charger down the side of the bed in the dark pic.twitter.com/BzBYYc5aGV

Remember how in EASY A Emma Stone's parents were Stanley Tucci and Patricia Clarkson and all anyone wanted was a saucy bedroom romp about THEM or maybe that was just me?

I feel like a lot of people are 23 for many many years and then suddenly they are 30 does this make sense?

Me showing my therapist my inner demons for the first time. pic.twitter.com/x34BA2cvBF

bitches take their laptops and notebooks to coffee shops and get no work done while acting like they’re in an indie movie. i’m bitches.

Adulthood is just saying “if I can just get through this week” over and over again until you die.

how did chucky manage to murder so many people??? just pick him up and yeet him in the bin. he's a doll

The “Netflix and chill” phrase was created when Netflix was trash. Now tho? You betta get the hell off me! This Netflix exclusive starting to heat up!

Mom: “Come help me get the groceries out of the car”

Sitting in front of a computer

Which is open to the same website as the computer I’m sitting in front of.

I've been hitting "remind me tomorrow" on a computer update for the last 68 years.