You’ve probably heard that “kids say the darndest things,” or at least remember the show of the same name (and are now awkwardly remembering it was hosted by Bill C*sby). Anyway, it’s true.

Kids have no filter, no concept of tact, and very small brains that can occasionally churn out some weird, creative, and brutally honest burns. Sometimes strangers find themselves on the receiving end of a spicy toddler burn, but usually it’s parents who get roasted. Here are some of the funniest, harshest, no-filter things kids have (allegedly) said to their moms and dads.

4-year-old: Can I have some of your candy?

Wife: I got this for Mother's Day. 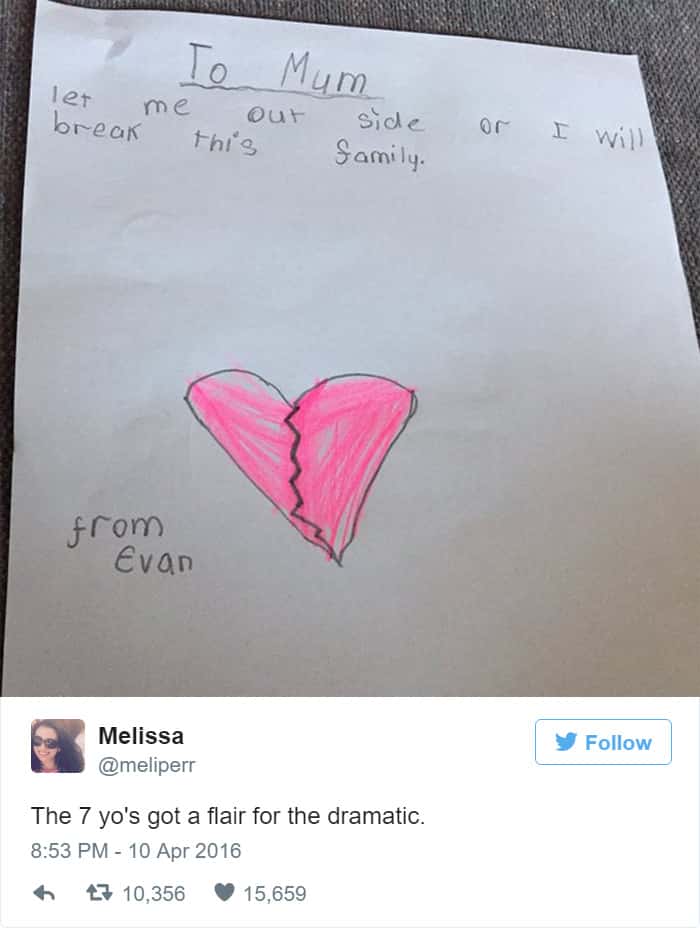 My 11-year old's birthday card to me. #blessed pic.twitter.com/URbZEQmmQa

Me:"Sweetie, what do you say when you do something wrong?"

3yo: “You need to get your cuddles from someone else I am REALLY busy and you’ve already had enough”

I didn’t birth you for such rejection

Me: My life is a train wreck.

ME: [with a tissue up my nose to stop the bleeding] yes

6: good…that'll teach you not to eat my ice cream