Momsplaining is Kristen Bell’s weekly video series, which has been nominated for a Daytime Emmy Award, and regularly tackles issues like pregnancy, sleep, and self-care.

Momsplaining got a lot deeper on Wednesday, with Kristen Bell’s “vagina myths” episode. Yeah, there are a lot of them. You may think you know about vaginas, but you have no idea. 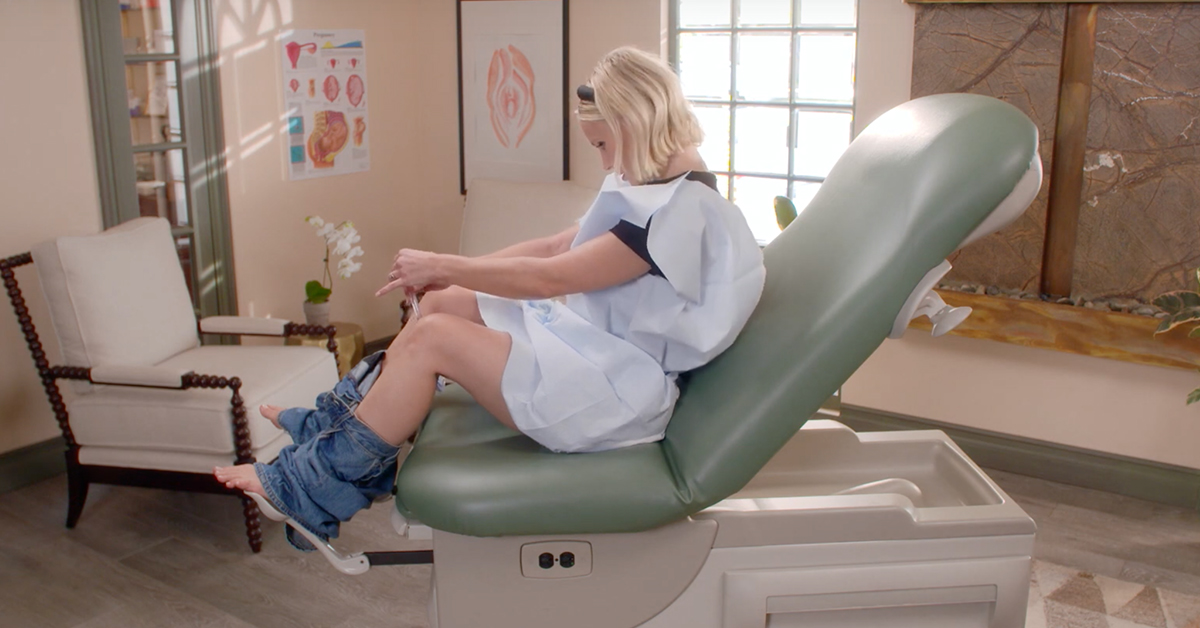 In the right minute episode, Bell visits OB-GYN to the stars Dr. Sheryl A. Ross, accompanied by the executive producer of the Ellen DeGeneres Show, Andy Lassner. He’s a good foil to Bell, as someone who seems to know nothing whatsoever about vaginas. At one point in the episode, he admits, “I’m in hell.”

That’s saying a lot, because Lassner has been subjected to all sorts of things, like when Ellen made him experience the pain of childbirth contractions, which looked like this:

Yikes. Could learning about a vagina be even worse?

In a friend’s hot tub, she specifies. I’m sure all her friends with hot tubs are seeing this, doing the math, and then draining the hot tub.

The doctor also wants people to know that sex is very safe (and hot) during pregnancy. Bell agrees, saying her husband loved it, because it felt like he was cheating on her (?) since her body was so different. I guess roleplaying is fun! But one thing to note is that towards the end of a pregnancy, an orgasm can induce contractions, and as Dr.Ross says, you can do that with or without your partner. 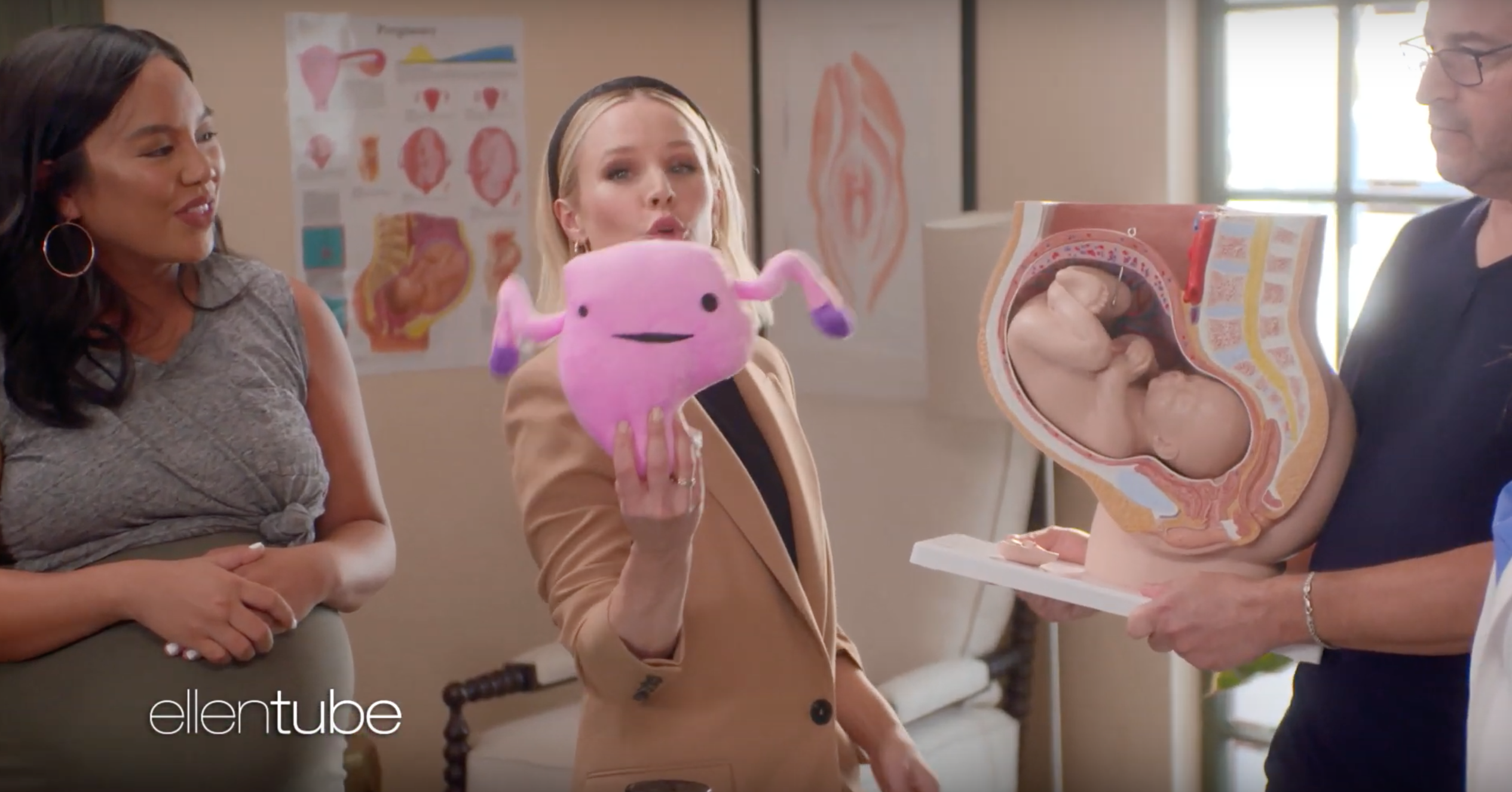 “You do uterus!” she yells.

Some of the vagina myths Kristen Bell tackles are whether or not your diet affects your vagina, whether it’s safe to have sex during pregnancy, and how “self-cleaning” they really are. Douching and steaming are not necessary, people!

The doctor helps Lassner and Bell debunk the most damaging of myths about the downstairs area, and then the two take to the streets to quiz unsuspecting passersby about their new knowledge. While I wouldn’t want to be put on the spot about vagina nicknames, I might be willing to discuss orgasms on camera for a chance to talk to Kristen Bell. Check out the video above and find out if Kegel exercises really work.