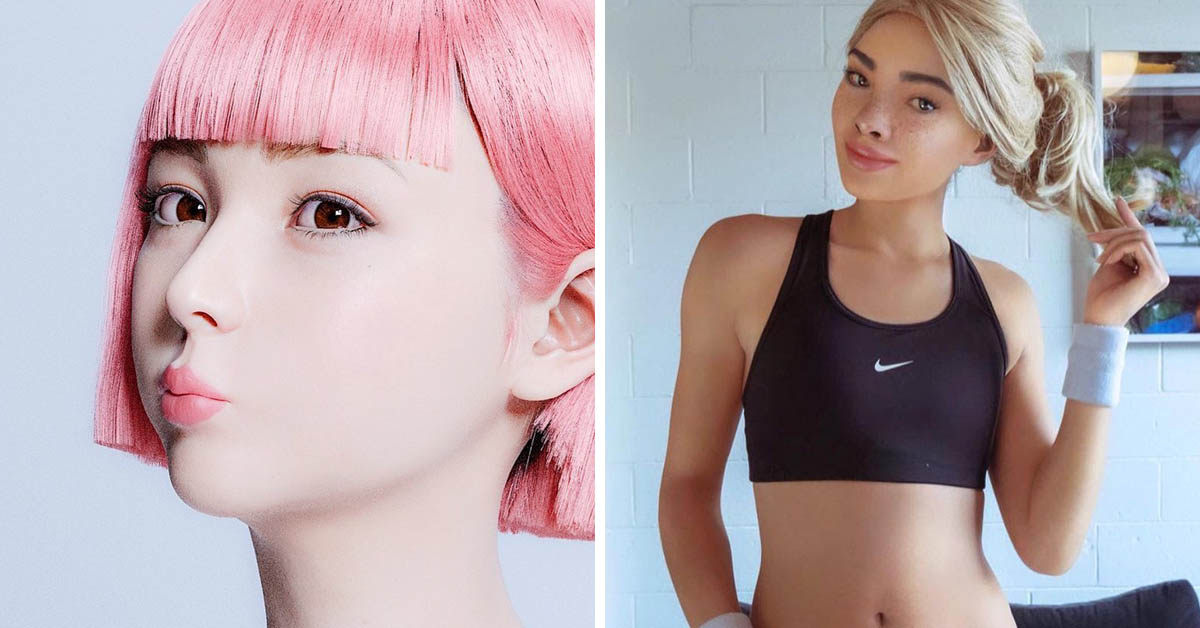 CGI influencers are taking over.

Social media influencers are so prominent these days, particularly on platforms like Instagram, that it can be easy to forget that they’re a very recent phenomenon. Even a few years ago people would not have understood the now-common term for someone who, while not A-List famous, commands millions of online fans and is thereby a one-person marketing machine capable of reaching directly into the phones of people around the world to sell them yoga pants or sparkling water.

Now things are getting a bit stranger, however, with the rise of CGI influencers — yes that’s social media users who consist of computer-generated imagery — who are, in some cases, out-earning actual human beings on social media.

According to Bloomberg Businessweek, these CGI influencers are raking in the cash:

“Digital avatars developed by creative agencies, the biggest influencers can attract brand partnerships and other lucrative deals. With 2.8 million social-media followers and a fee of about $8,500 per sponsored post, Lil Miquela — a “model” who’s done promotions for Calvin Klein, Prada and other fashion brands — is the industry’s highest earner […]”

In addition to Lil Miquela, other top CGI influencers include Seraphine and the signature pink-bobbed creation “Imma.”

While some people will find it creepy there are some obvious advantages to a social media influencer who is computer-generated.

They don’t have to do pesky human things like eat, sleep, or walk the dog. They can be permanently online, and magically anywhere on “Earth” at any time with a few clicks.

While one can easily scream “fake” at this development the lines on social media are truly blurring to the point where, to many people, it simply doesn’t matter anymore. The image is the image, regardless of its provenance.

In addition to being able to hawk any product a brand can imagine without complaint, another handy thing about CGI influencers is that they also don’t age or die, a marketers dream.

While some of these CGI influencers are more stylized or obviously animated, like Seraphine or Janky, others, like Imma, are jarringly photorealistic. And they don’t just float in space, they do real human things…with real humans! (Or at least appear to.)

She hangs out with friends!

She travels in style!

What this means for the future of social media influencers is unclear. One has to assume people will still hold some interest in…actual people but perhaps it will soon be difficult to tell them apart or people will stop caring. As for the actual point of following one of these CGI influencers beyond morbid curiosity…that’s an open question. But so is following nearly any of the big influencer accounts on Instagram. People are simply bored and looking for entertainment and inspiration, whether flesh and blood or pixel and byte.