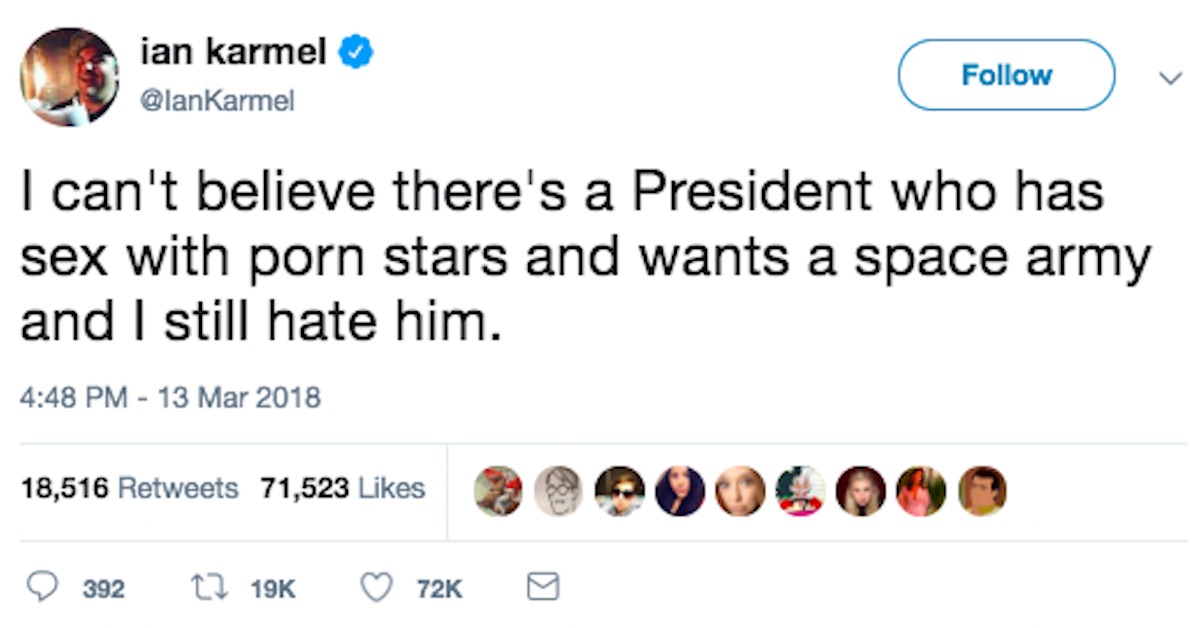 The end of 2018 is rapidly approaching, which is good, just because it seems like it has been 2018 for like a decade. I’m not even fully convinced that it will end, but I guess we’ll have to wait until the end of December to see.

A ton of stuff has happened this year, with a news cycle that moved faster than a cheap revolving door at Trump Tower. We remained obsessed with celebrities. And millennials continued their killing spree, taking out everything from (supposedly) mayo to the entire diamond industry. Here are 20 tweets that pretty much sum up 2018.

1. We stayed obsessed with the Kardashians and Jenners, of course.

Girl you lying. You had cereal with milk on April 25, 2013 and posted it on Instagram. pic.twitter.com/IAR9xR7J38

2. Hey, did you know there was an Olympics this year?

i just read something like ‘hey you know how long 2018 has been? we had an olympics this year and everybody forgot about it.’

Netflix [sweating profusely]: Hahaha no of course not, we’d never do that

4. People entertained the idea of giving up on reality altogether. Why not?

5. The news cycle was out of control.

Yesterday, after an 18 month investigation, the NYT revealed the President of the United States committed hundreds of millions of dollars of tax fraud – possibly one of the biggest scandals in the history of the Presidency – and 24 hours later we’re no longer talking about it.

6. I mean, news moved really, really quickly, and there seemed to be a lot of it.

Enough has happened this week to fill like three We Didn’t Start The Fires.

8. Black Panther has been out at least like 4 or 5 years right? NOPE.

Black Panther came out THIS year. That’s how long the year has been😂💔

9. Watching TV while looking at your phone isn’t going away anytime soon. We’ll develop a second set of eyes if we have to.

10. It was a weird year for celebrities, but then again, aren’t they all?

I no longer wish to be included in this narrative.