Hey, America may not be a perfect country but do you know what country is? Literally no country ever. Not in the past and not in the future.

While it’s become default liberal virtue-signaling to poo-poo the 4th, and default conservative signaling to call everyone who questions the 4th a commie, maybe both sides have a point, but also are fully capable of setting aside those differences for a singly day and try to celebrate what’s good about America?

And, ok, if you can’t do that, can’t you at least laugh at some jokes about the 4th along with your fellow Americans? 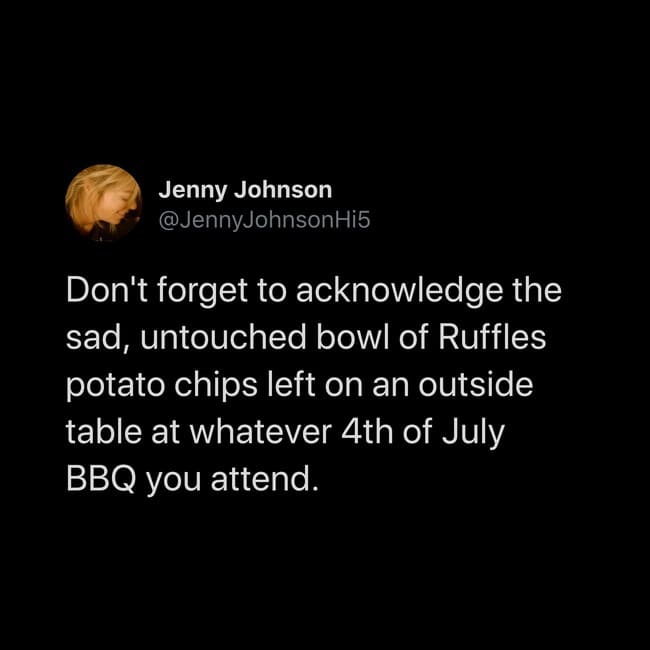 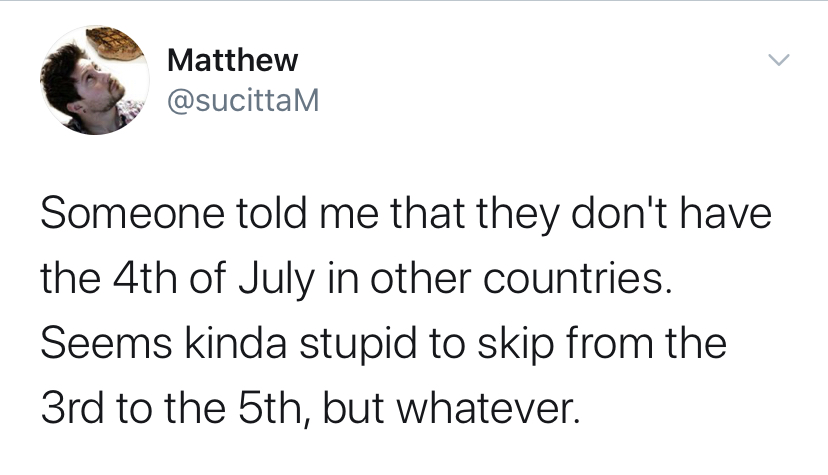 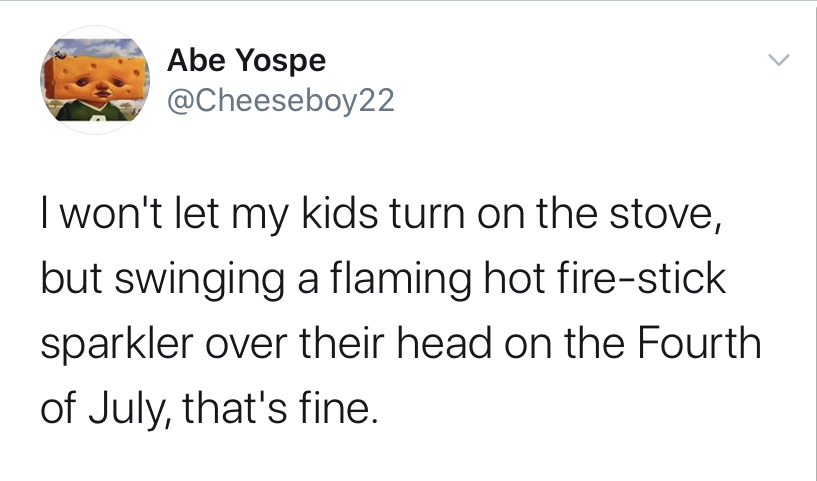 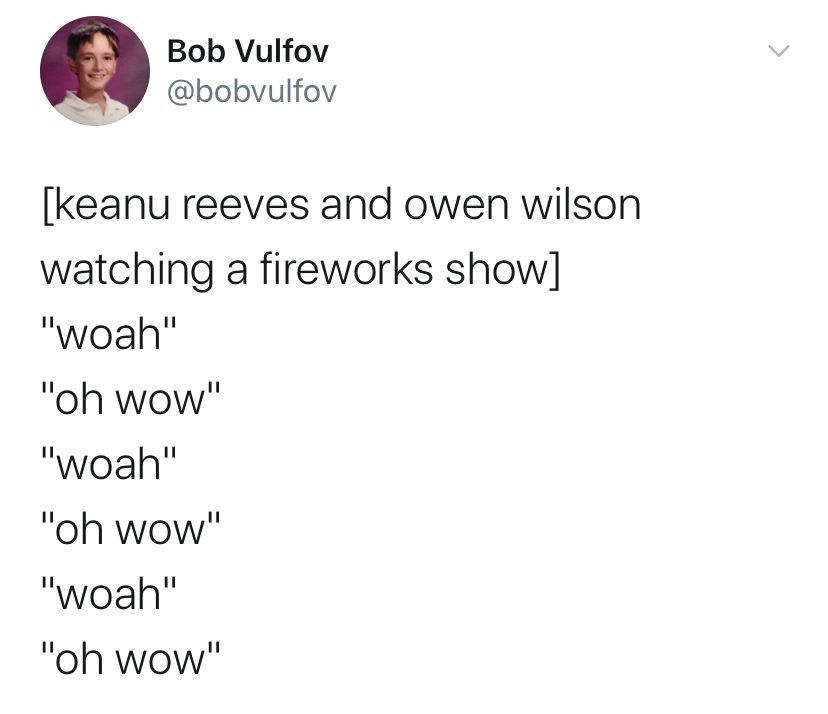 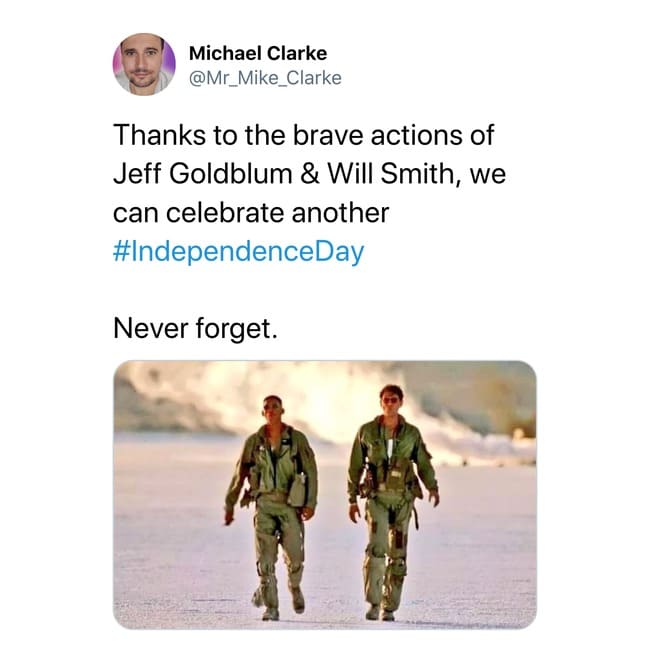 Who tryna do this on July 4th pic.twitter.com/EUMdytSjuy

So, on July 4th, one of the hottest days of the year, we're all going to sit outside of our air-conditioned homes and cook over a fire?

Spread patriotic spirit by telling the barista your name is "USA" and hiding. When they say your name, watch as Starbucks begins chanting

Happy Birthday Tom Cruise's character in Born on the 4th of July! 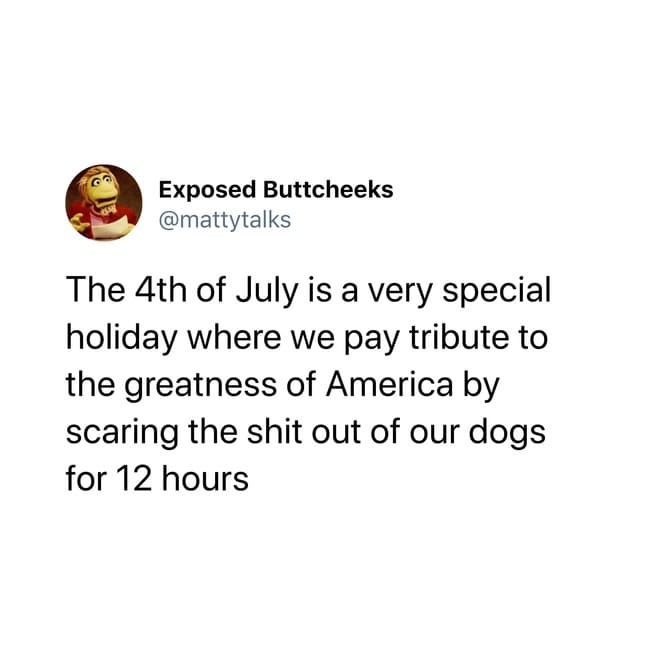 most people's 4th of july plans are really just what people do in texas everyday: eat bbq, drink beer and light shit on fire

he's scared of the fireworks so my mom put on some dog videos for him ❤️ pic.twitter.com/VTjYa6YIcK 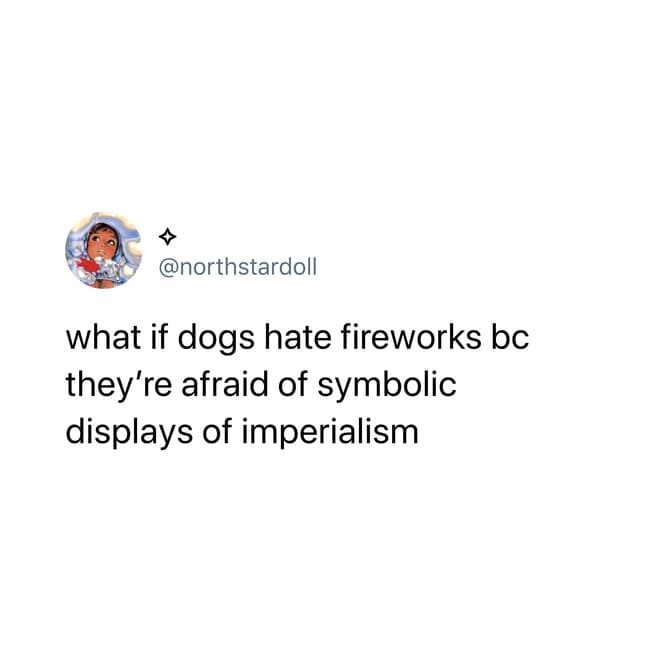 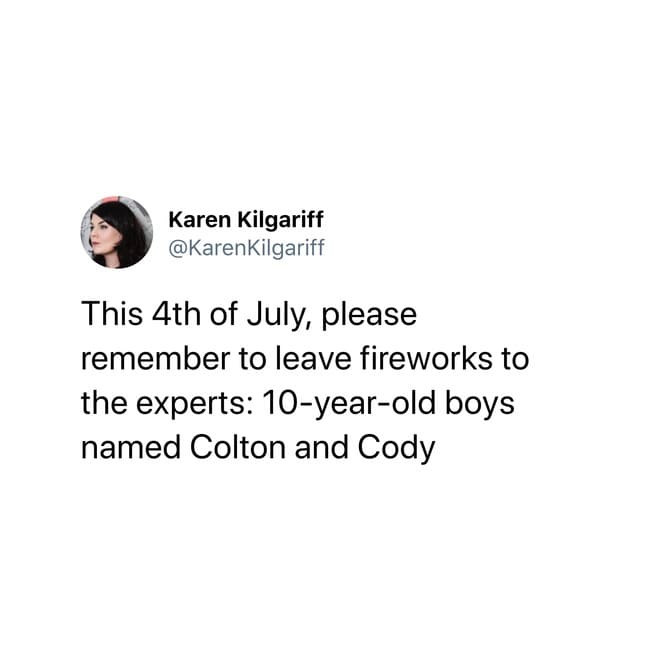 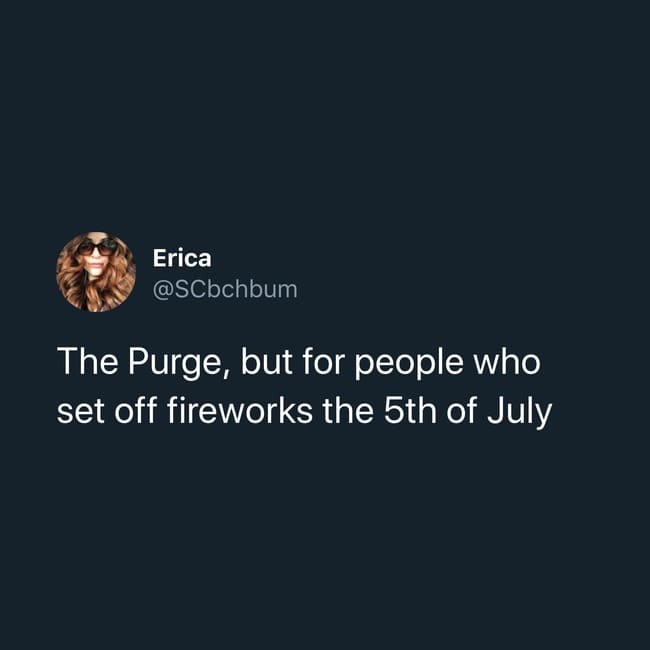 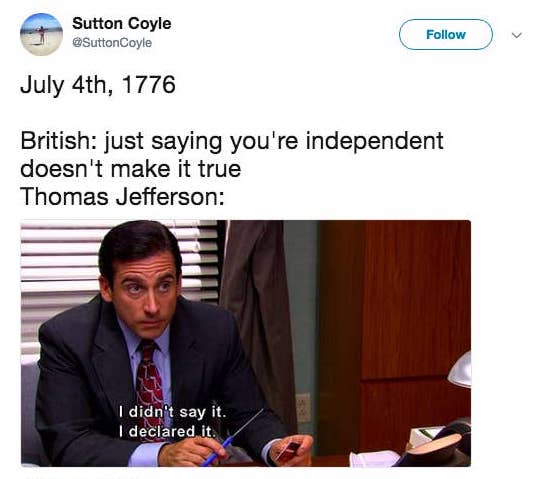