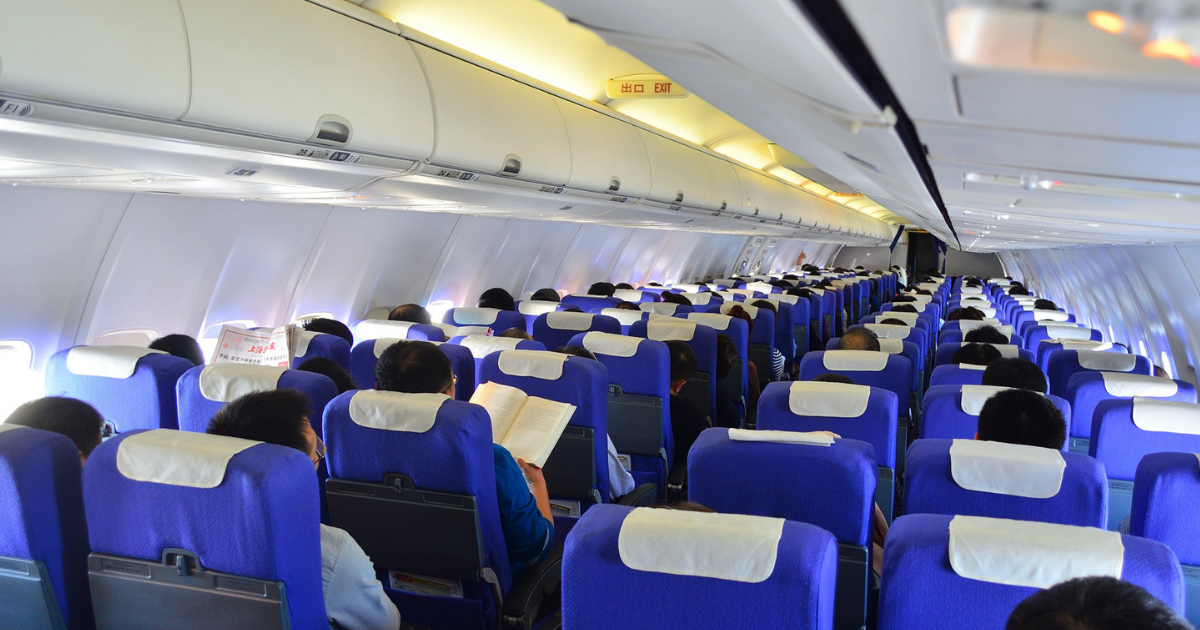 There are two types of moms in this world: those that recognize they have to coexist with others and those that require everyone bend over backward for their children.

Guess which type we’re talking about today! (This site is called Ruin My Week, after all.)

A Reddit user recently shared an experience they had with a very entitled mom. In a post titled “Venom is NOT for children” (it’s really not), OP wrote out their experience.

They start out by sharing that the mom asked if they could switch places with her child, so they could enjoy the window seat:

Hey Reddit! This happened back in August of 2020 – I was coming back from Budapest to London, England. So I was on a packed plane as other flights to England had been cancelled (thanks Covid) and thus was placed next to a mother and child. I was sat in the aisle seat, the mother (our entitled mother) in the middle, and her kid in the window seat. Before the actual entitlement begins she asked if myself and her kid could swap places as I originally had the window seat. I said sure, if she could take some photos of the outside for me when we took off – not bad, ey? She took one blurred photo and passed me my phone back. Thanks. Ah well, I was getting ready to watch a movie on my phone – Venom – which I had not seen yet.

Headphones: In. Movie: On. But then…

I put my headphones in and began the movie but after about twenty minutes the mother and child swapped seats (?) so now the seven year old boy was sat next to me…. Whatever, I paid it no mind. If you haven’t seen venom yet I would recommend because I was so engrossed in the film I didn’t even notice our entitled child watching too – remember I had headphones in. It gets to a scene where Venom bit the head off of a bad guy when the mother taps my shoulder, I paused and took my headphone out. I’ve relived this every month since it happened so this is word for word what she said.

“Excuse me, is that appropriate for children?”

Oh boy, here’s where it begins. OP responds with a polite “no,” which was not good enough for this mom.

“Ahh, do you have anything appropriate for a child?”

“No sorry, I downloaded this off Netflix and can’t use my internet”

“Right,” she said and I assumed that was the end of it. NOPE. I went back to watching with my headphones and she taps me again,

“Aren’t you going to turn this off?” she asked about my movie. Now I’m not gonna lie, I’m very confrontation-confrontation makes me giddy, but I was dead ass shocked.

Great, now the kid thinks this person is their own amusement park.

“Uh, no. I’m still gonna watch the movie I picked for my flight” I responded. Now the kid pipes up,

“Have you got any games I could play?”

“No, because I’m watching a movie”

But mom didn’t like how that exchange went down one bit.

“Not my problem though is it?”

OP makes very clear it is not their responsibility for a random kid’s boredom.

“It’s not my problem that your child is bored, you should have planned ahead” I shrugged and put my headphones back on. Pressed play and resumed. Another two minutes passed and once again the mother and child swapped places – yes – the mother was now sat next to me. Yay!

The movie came to an end and there wasn’t much time left on the short flight. I unlocked my phone and went into Spotify so the mother probably thought I couldn’t hear her, so she mumbled

Oh no. Here comes entitlement with a cherry on top.

Welp, now you did it, mom. Because OP — rightfully — did not hold back.

“How about you be fucking grateful I let your kid look out the window the entire flight you ungrateful c**t” Ooh.

You know that phrase “silence speaks volumes”? Silence. I could hear her breathing. She made it a point to move next to me as much as possible to annoy me but honestly I could not stop laughing at her which angered her further.

So, mom wants to be petty, huh? OP can do petty just as well.

Then, finally, we landed. I made sure to wait until everyone got off the plane before I got my luggage. Just to live up to my petty nature.