From what teachers say, one of the hardest parts of the job isn’t the kids they have to work with every day—It’s their parents. Some of the worst situations they get into are with entitled moms and dads who hover over their kids all day long and make it impossible to teach. New teacher u/blueuglydolls explained on r/AmItheA**hole that they’re having this exact problem, but with some nasty classism thrown in.

“AITA for telling a mom she doesn’t make the rules in my classroom?” they asked.

This teacher says it’s their first year on the job and they’re teaching 2nd grade. In this classroom, there are two girls they’re calling Hannah and Kelly, who have become friends. Hannah’s mom is wealthy and she spends a lot of time at the school on the PTA and volunteering in the classroom. It’s been fine, but then this happened:

Kelly was crying I asked her what was wrong and she told me Hannah said she couldn’t be friends with her anymore because she didn’t have a high Quality enough family that her family was junkie. Our school has a zero tolerance bullying and exclusion rule. When I went over to talk to Hannah she explained that her mom told her she couldn’t be friends with Kelly for those reasons but that she really wanted to. I told Hannah her mom didn’t make the rules for my classroom.

The teacher says soon after she got a “nasty” email from Hannah’s mom saying “it’s her kid, she will decide who’s friends with, if she has to switch her classes she will, and that she doesn’t want her kid around kids with unstable backgrounds.”

When I asked what she meant by unstable and what exactly the issue was she said said that girls family lives in a junky apartment, they are poor, they’re young and they have no college degree, and they are not a quality family.

This to me disgusting. If she doesn’t allow them to play together outside of school that’s her choice but I’m not playing those games in my second f*cking grade classroom. I took the emails and my concerns to our principal who agreed with me. My own mother told me ‘parents have that right your being a little bit of an ass.’

The teacher wants to know if she did wrong by coming back hard at this mom. In general, people said absolutely not. Hannah’s mom is out of line and teaching her daughter discrimination. 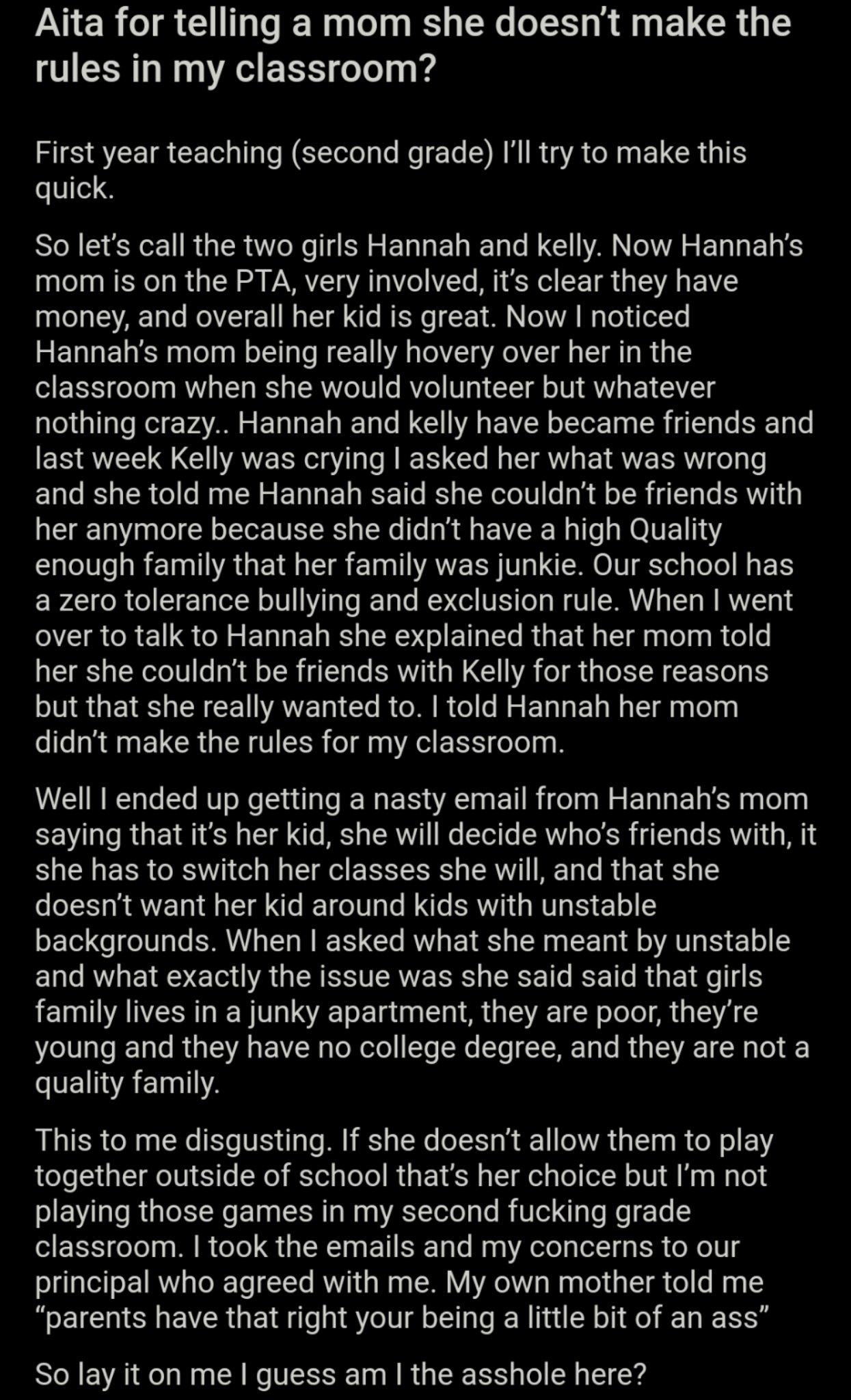 The teacher also added in a few comments that her bosses basically said they know they’ll have to separate the girls in future grades to avoid more conflict, but they’re on her side: 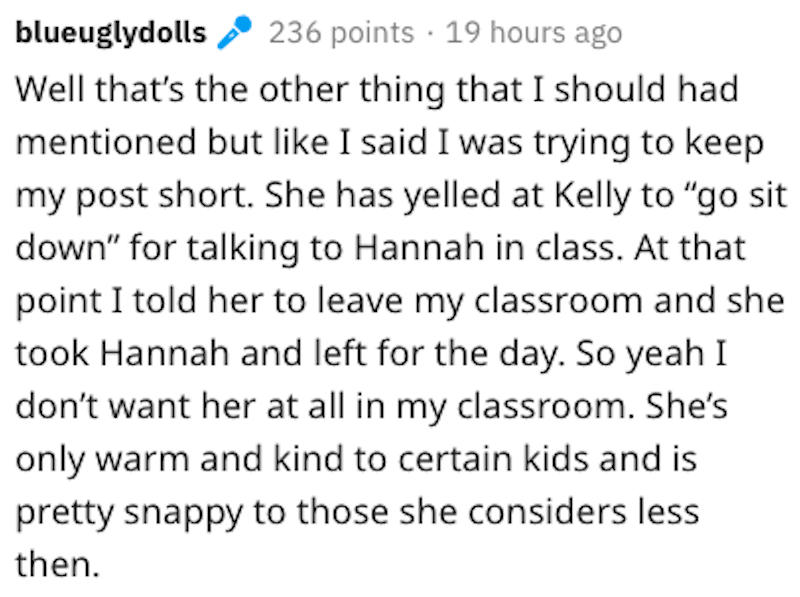 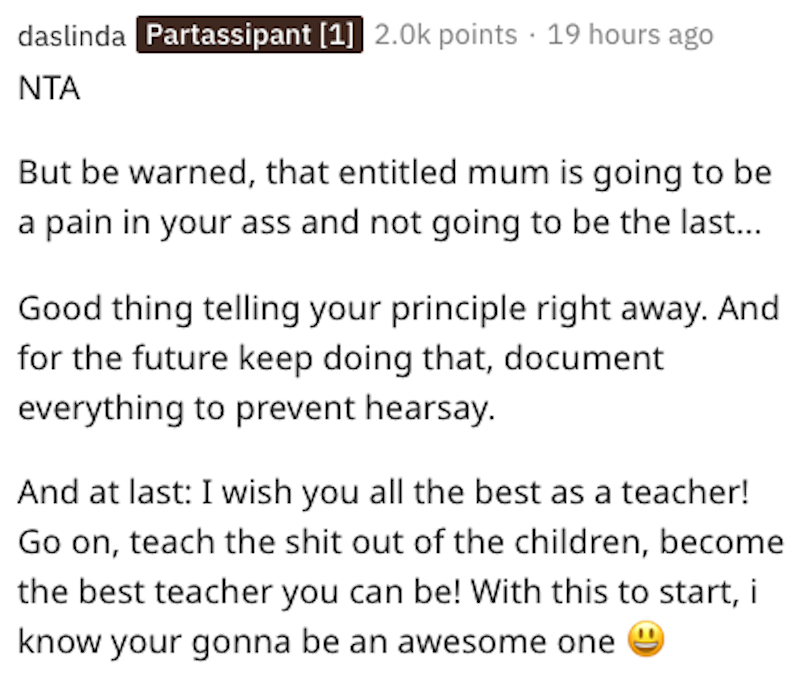 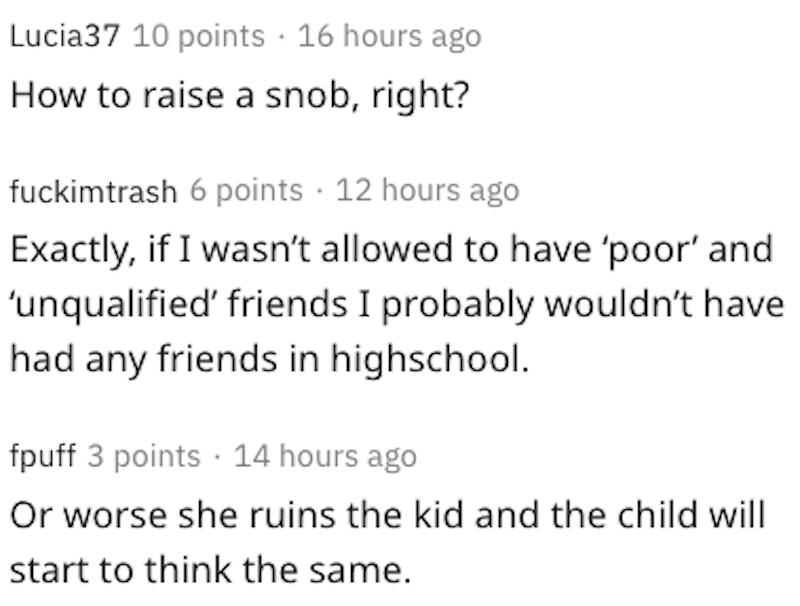 But on the other side, a couple of people who claimed they were teachers as well said that while it wasn’t wrong to tell the mom to back off, the teacher should have been more considerate about their approach, especially not using Hannah as a go-between on the situation: 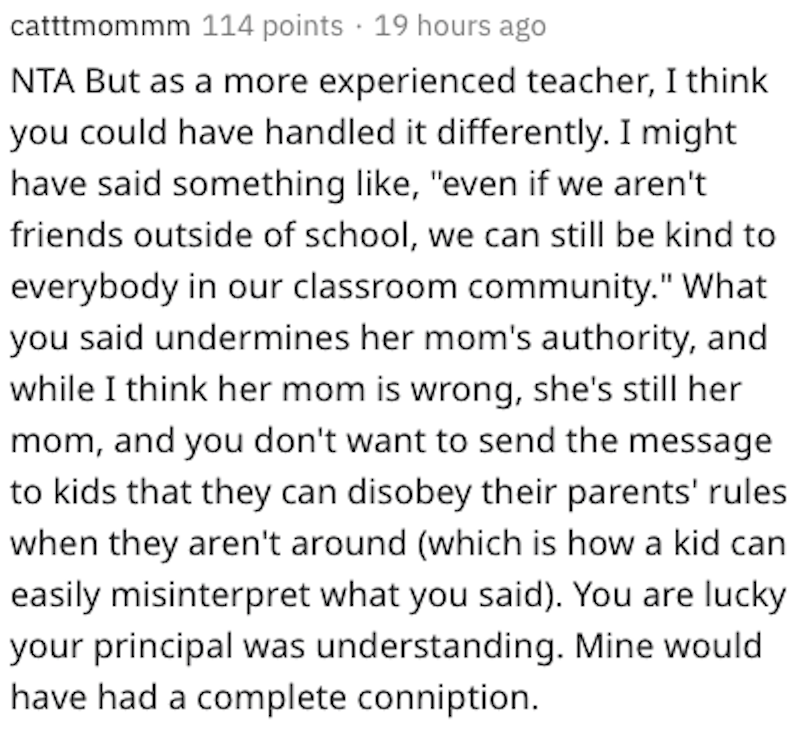 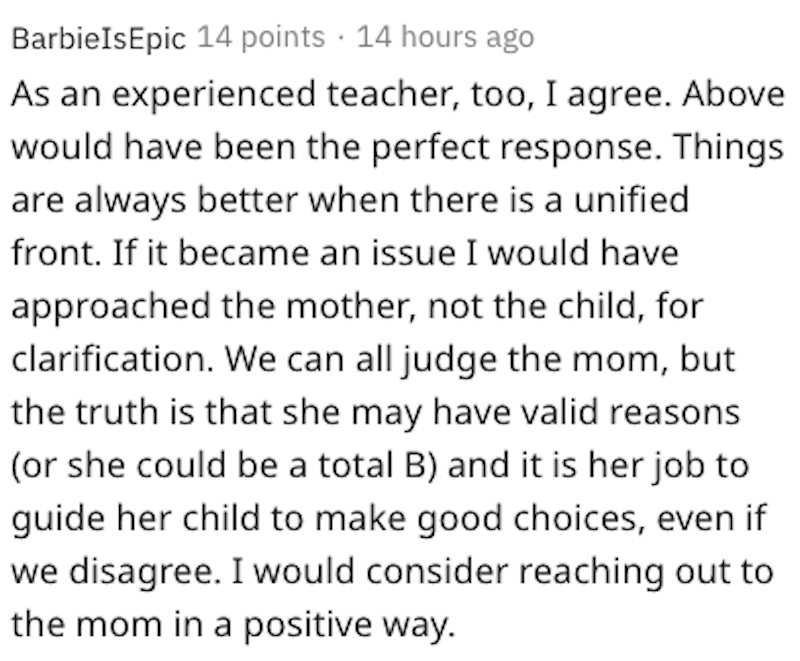 Ultimately and unfortunately, it is a parent’s decision who their kids associate with to a certain degree. A teacher can’t support bullying, but they do have to be diplomatic. Setting the rules for inside the classroom is entirely up to them, but that kid still has to go home at the end of the day.