Redditor u/Hot_Story9390 shared a story on r/AmItheA**hole about making a girl pay for her own dinner on a date, and I knew before I even read it that lots of people would be on his side. There is a contingent of people on Reddit who hate “entitled women” and their definition of “entitled” oftentimes means getting a free dinner. Wow, what a treat. Anyway, there was a moment where I kind of agreed with them and then very quickly I didn’t. See if you can tell where the tide turned.

The guy says he had been messaging with this girl for a few weeks and he said they “should meet and get to know each other.” They set up a time and place, met there, and got a table. The conversation was good, though I am a bit baffled about where they are that a coronavirus restaurant date is a great idea. Then this happened:

It looked like it was going good, the topic got on to previous dates we had, mainly the bad ones. She said she had quite bad luck with dates and guys being only after one thing.

She then made the comment I hope just because you’re buying dinner you don’t expect me to sleep with you. I was a little taken aback with that and said no of course not. She just rolled her eyes. We got back to normal conversation for a bit but I have to admit that after those comments I was put off her.

He said that after that he wasn’t interested in seeing her again. Now, it’s possible that the OP had no connection in his mind with paying for dinner and getting sex. Maybe. If so, I can see why this would be off-putting. It seems like this was a moment to clarify and say that he wasn’t paying for dinner or extricate himself before things continued to appetizers. Instead, he did this:

When the check came I put down my card and the server brang over the machine I gave him my card and said to split the check.

She looked surprised at me and started to reach for her bag, she asked the server if he could give us a minute. When looking in her bag she angrily said I thought you were paying, I kind of sarcastically replied just because I asked you out you shouldn’t expect that I would buy you dinner. If looks could kill I’d be dead. She mumbled that I was a a**hole and pulled her card out.

We left quickly after that and went our separate ways. I told a friend this and she said I was a a**hole for doing that as I asked her out. I said I just followed her rules by not to expect anything. Am I the a**hole here?

The second half of this story is what brought out the misogynists, who were like “haha yeah, get her!” because she expected he’d pay for dinner on a date he asked her out on. And fine, maybe he didn’t have to pay, but he also didn’t have to let her know she’d be paying in the most embarrassing way possible after a dine and dash. There were also a lot of women who said they always come to dates expecting to pay:

For the record, like many of the commenters, I always pay for myself on dates unless the other person insists and seems to have the means. If they insisted on NOT paying, however, especially after that conversation about sex not being on the table, what else could you assume but that they had planned to pay for dinner when they thought they’d get sex? Which many people also pointed out: 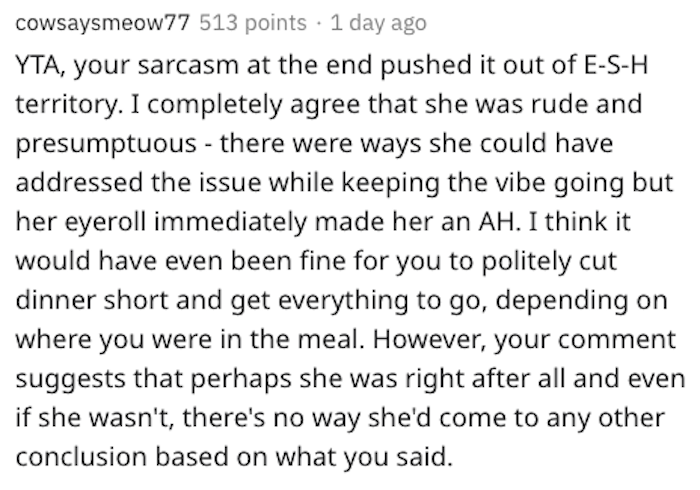 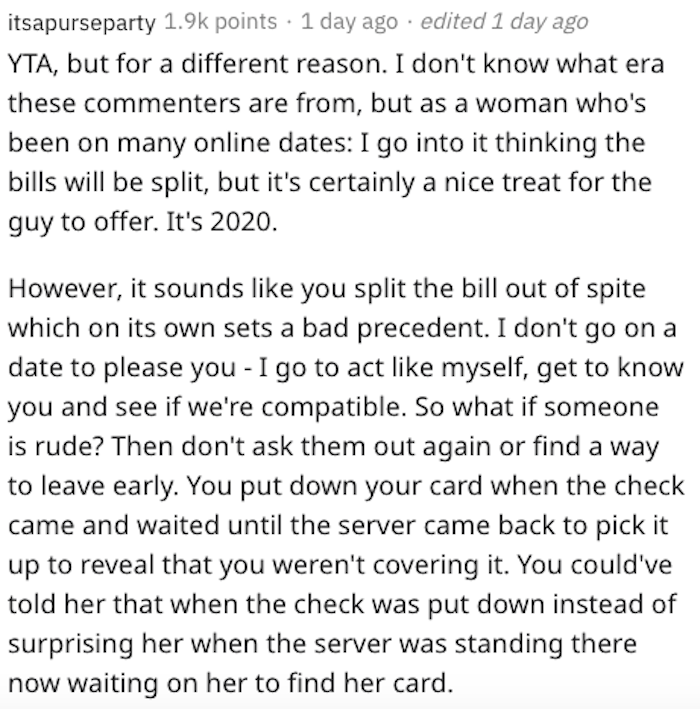 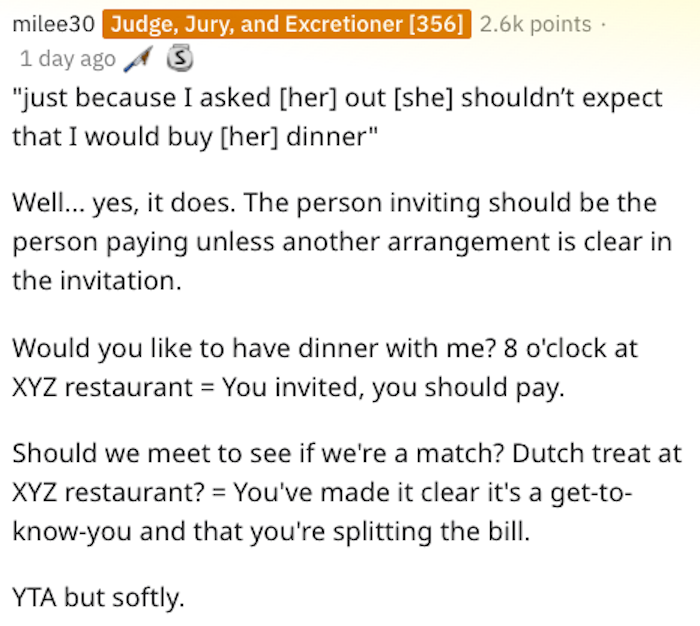 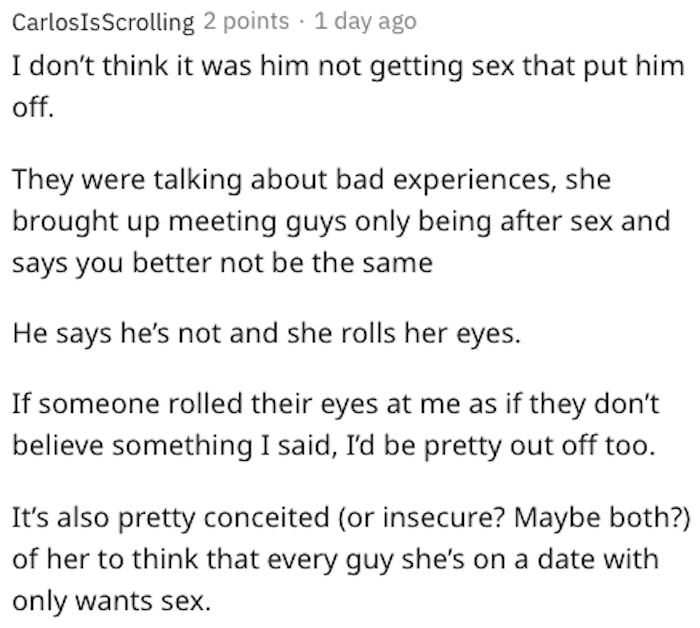 There was a lot of discussion about who should pay, because some felt it was the person asking out the date. Men argued this wasn’t fair, as men are generally expected to ask. Well, you can suggest a coffee or a drink of that’s more in your budget, or establish upfront that you’re not able to pay (if that’s the case). But if you’re deciding whether to pay or not based on manners, make sure your manners are better than theirs.