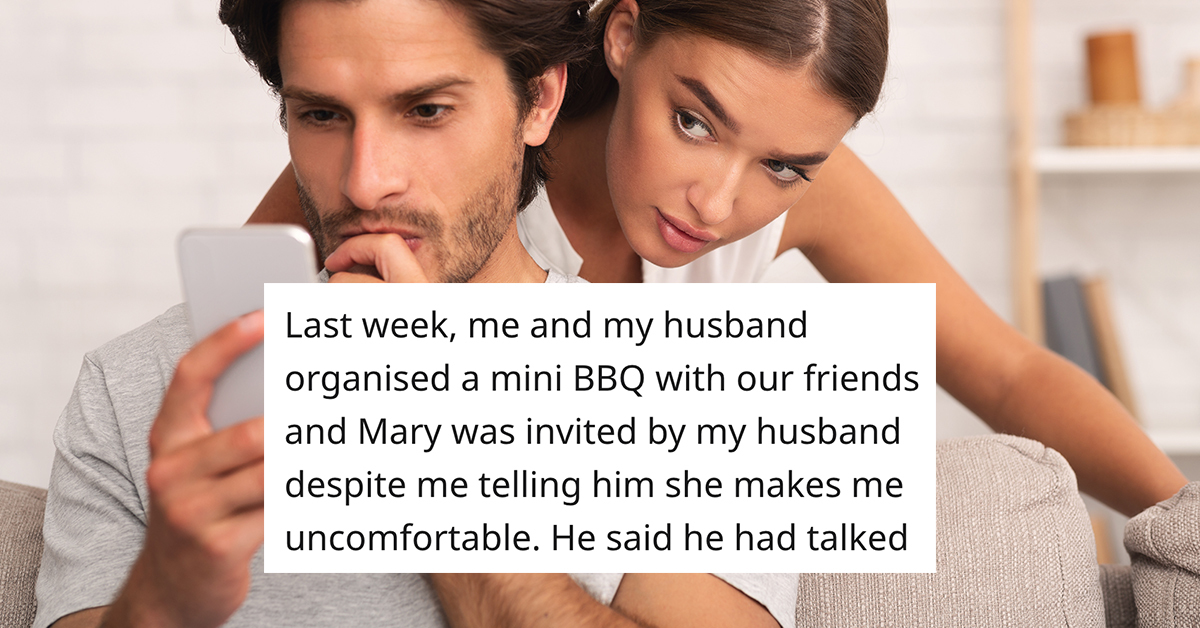 Did you know the world “gypsy” is a racial slur? Well, it is. So whenever you see something advertised as “gypsy style” or hear someone say they are taking a “gypsy cab” or that they’ve been “gypped”—they’re using a racial slur. The Roma as a community have experienced racism and prejudice for years, and it’s still very much a problem today. So what happens when your husband’s friend finds out that you are of Romanian ethnicity and begins to say racist things to you? This happened to a woman on Reddit, who kicked the friend out of the house—but now she’s wondering if that was going too far. Spoiler alert: it’s not.

The woman has been married to her husband for three years and together with him for a little over five. The husband has a friend, “Mary,” from high school, and she’s considered “one of the boys.”

“That basically means she’s always invited to all the fishing trips and stuff, which I don’t mind at all, I trust my husband,” the OP writes.

“Well, my problems with Mary started when she first found out I’m half Romanian. It started kinda innocently, with her asking me to say certain words, teach her some insults etc which didn’t necessarily bother me, but it usually put me on the spot whenever we were out with my husband’s group of friends. It only escalated to her googling stuff about Romania and asking me ‘are you a vampire? do you bite your husband by the neck?’ to ‘are you a gypsy? I bet you’ve got some of that gypsy blood in you’ (which is just blatantly racist).”

The OP writes that last week, she and her husband organized a small BBQ with some friends, including Mary “despite me telling him she makes me uncomfortable.”

“He said he had talked to her about her remarks and she’s been understanding so it’s unlikely she’ll say something this time,” the OP writes.

Well, that didn’t happen. As the party was winding down, the OP accidentally spilled some red wine on Mary’s jeans and unleashed Mary’s racist rage.

“All hell broke loose. Mary started saying that I’m a witch and I’m trying to ruin her life and this whole thing is part of my ritual and I’m just a ‘immigrant gypsy trying to ruin my husband’s life’ and I’ve poisoned my husband against her.”

“I started crying and profusely apologizing. When she wouldn’t drop it, I kicked her out and banned her from ever coming to my house again.”

The kicker? Her husband pulled out some garbage about the OP being “too sensitive” about her heritage and that Mary was “just drunk and talking nonsense.” Since the incident, Mary half-heartedly apologized to the OP, but the OP is still not okay with what happened. So what should she do?

“I think your husband needs to re-evaluate the fact that he’d be friends with someone that’s so disrespectful to his own wife,” said zodiaczack.

“She’s being racist and your husband should be standing up for you. Maybe down the line if her behaviour improves and you forgive her you could consider rescinding the ban, but unless that happens you’re doing a reasonable thing and he should be in your corner on this one,” said Lunaliii.

“Mary sounds like a racist. Maybe she’s jealous there’s another woman in the group now? Her remark about how you’re turning your husband against her makes me think she feel threatened by you. Your husband should be sticking up for you. They both owe you an apology,” Character-Blueberry noted.

“This sounds like Mary…is acting like a hugely jealous girlfriend. And because her behaviour has been enabled for so long, she feels entitled to threaten whomever she chooses. She doesn’t like that you are centre place for you husband. Not her. Your husband needs to grow a pair here and acknowledge that whatever Mary may have been allowed to get away with before…..that shit stops NOW. Ask how he would feel if you had a male friend that was allowed to insult him in his own home.while you went away on trips with him? He needs to step in here…and speak to Mary, with you, as a couple. You both need to make it clear, that non of this BS is acceptable. She is racist, offensive, rude and being drunk is never an excuse. She is being nothing more than a toxic bully and that you both have no problem in removing her from your lives. A friend would not do this to her friends wife. A husband would not put his friend feelings before his wife. Ask your husband which woman he has married. You are not playing mistress to her. She sounds like shes trying to play it to you though. Husband needs to stop enabling her behaviour and making excuses. Mary needs to step off entirely until she can learn to be respectful. Or not be welcome at all. Your house. Your rules. Do not let this go,” advised SmartCrazy4.

Well, it sounds like the OP had a conversation with her husband, and he admitted to cheating.

“He admitted to being in and out of an affair with Mary in the first two years of our relationship and she wanted to win him back I guess. I called my mom to come help me pack some stuff and I’m out. That’s it. Mary can have him I’ve been gaslit for years and it took a Reddit post to realize. Oh the irony. Thank you reddit,” the OP wrote.

I don’t think I could say it better than user PastelEnby, so here it is:

“Oh my god, I’m so sorry. That racist harlot and your gaslighting ex-husband truly deserve each other. May they enjoy being tortured in hell as much as they’ve enjoyed torturing you.”