People consider a lot of things when they’re naming their kid, like people they want to honor, family history, if they know anyone they don’t like with the same name, etc. What sometimes gets forgotten in the name game is the question, “How will people mercilessly mock my child because of what else their name sounds like?”

A mom on Reddit discovered too late that she missed this important vetting step. Posting on r/AmItheAsshole, user u/namedmydaughterpasta says that she named her daughter Elizabeth Anya Jane, after her husband’s mother, named Anya, passed away from cancer. They’d intended to just go with Elizabeth Jane, but he was deeply touched by the tribute to his mom.

As time progressed, the parents slipped into calling baby Elizabeth simply Liz for short. Then, while on a Skype call with the OP’s family, her sister pointed out that “Liz Anya” sounds a whole lot like “lasagna.” Because it does. 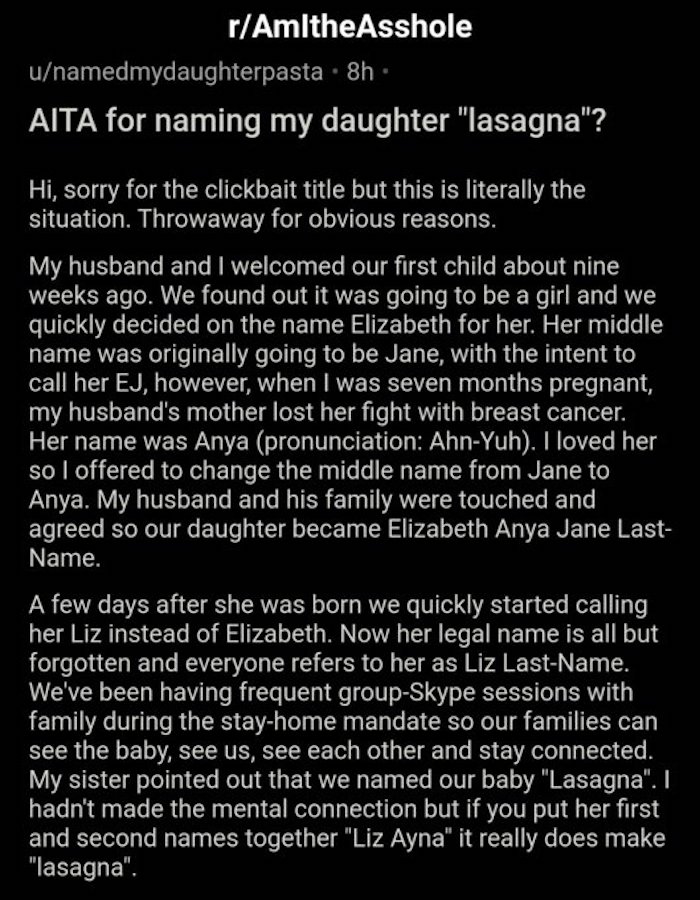 This realization came shortly after Amy Schumer announced she and her husband changed their son’s name—Gene Attell—because it sounded like “genital” to “Gene David Fischer.”

She told her sister it wasn’t a big deal, because most people wouldn’t know her middle name or make the connection. The problem is, her family wouldn’t drop it.

They’re not calling the baby Lasagna during every Skype call, and she’s sick of it. She’s also worried folks will eventually hear about it and start doing it when the baby is old enough to understand. She asked them to stop and when they wouldn’t, she cut off contact. Now she’s wondering if she’s in the wrong, because the whole family is complaining. 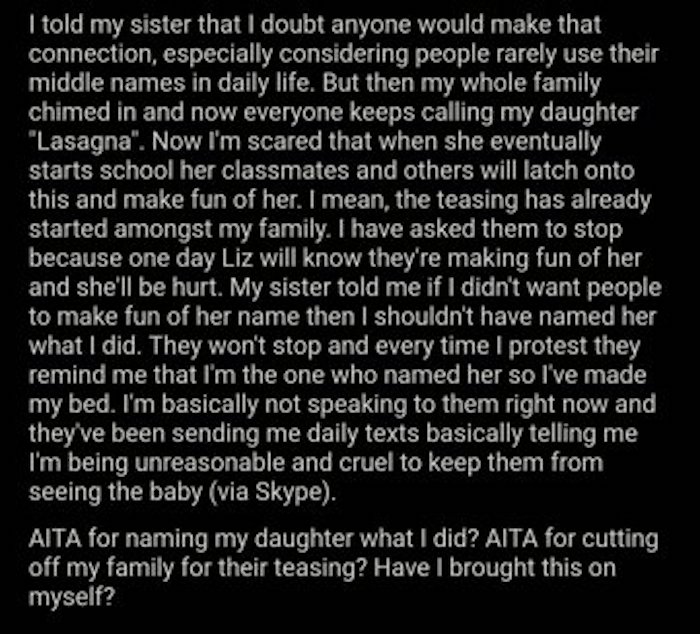 Most people are laughing at the absurdity of this predicament, but they agree that overall, it’s her family who are being mean jerks about this. Based on some comments, the OP doesn’t seem completely humorless about the situation, she just doesn’t want it to become a thing: 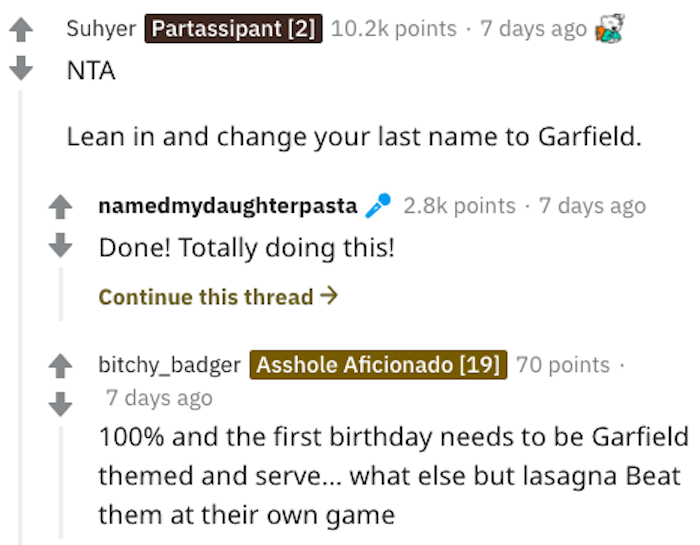 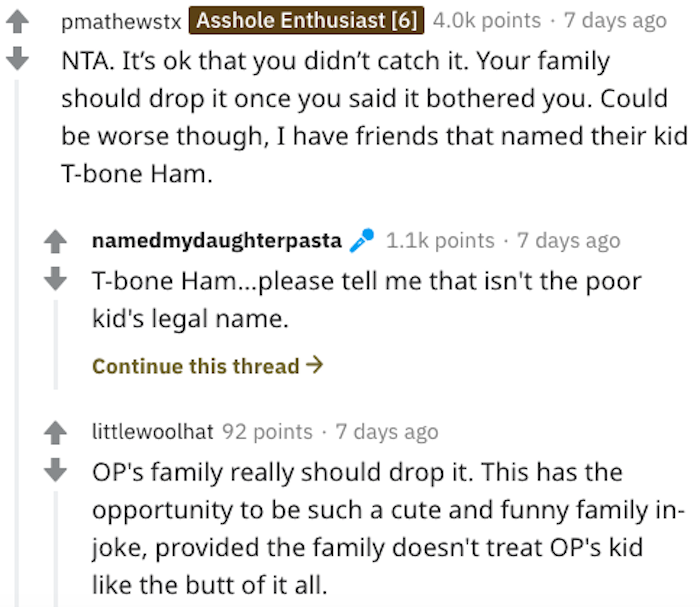 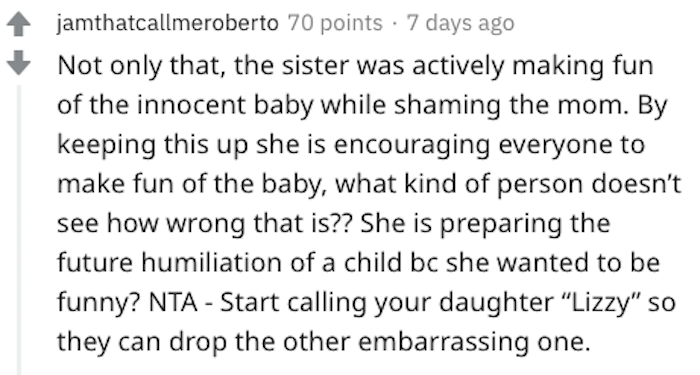 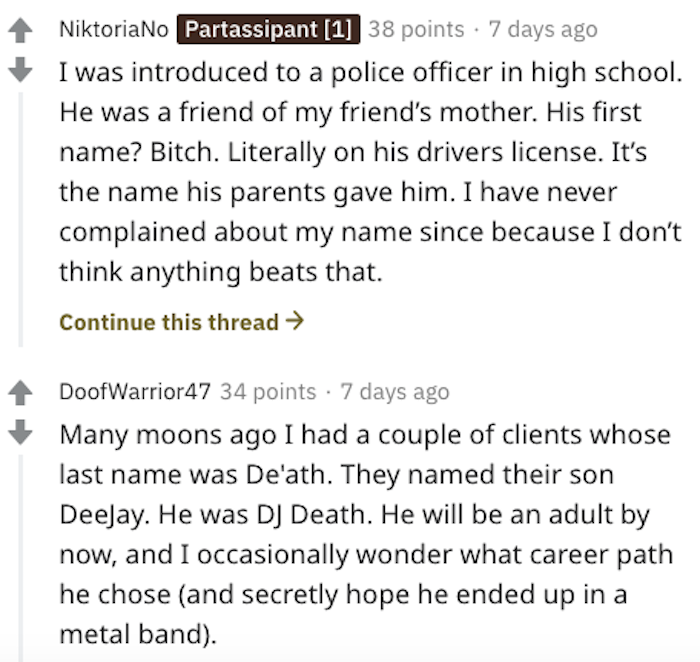 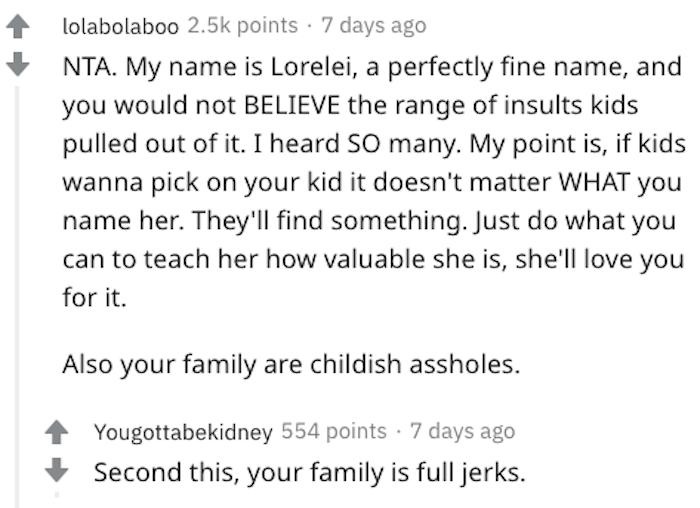 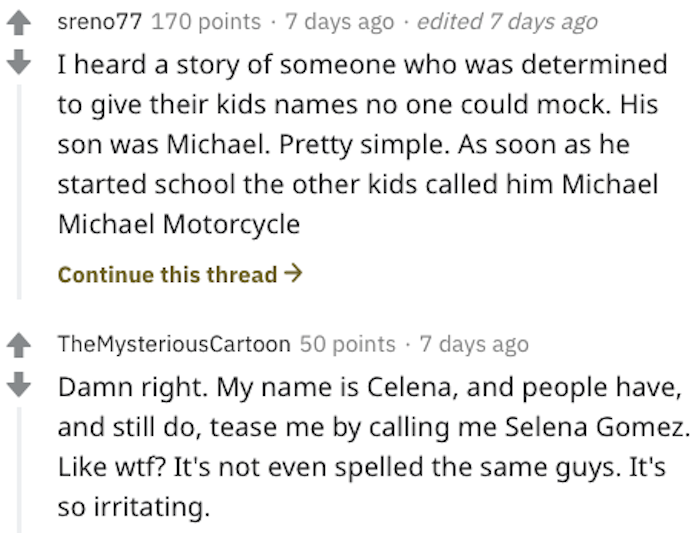 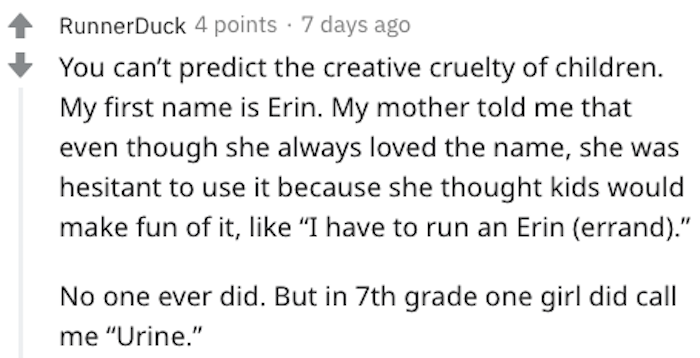 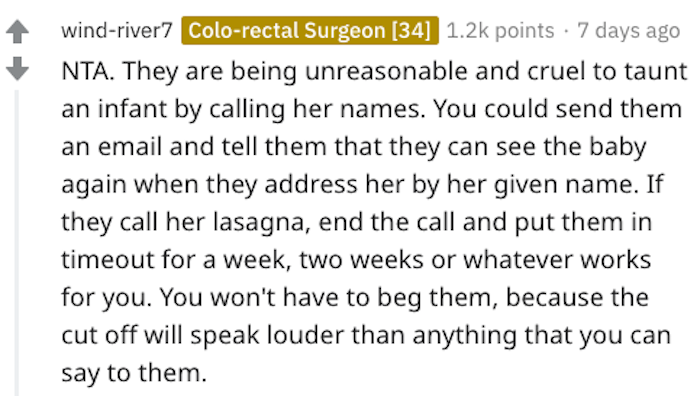 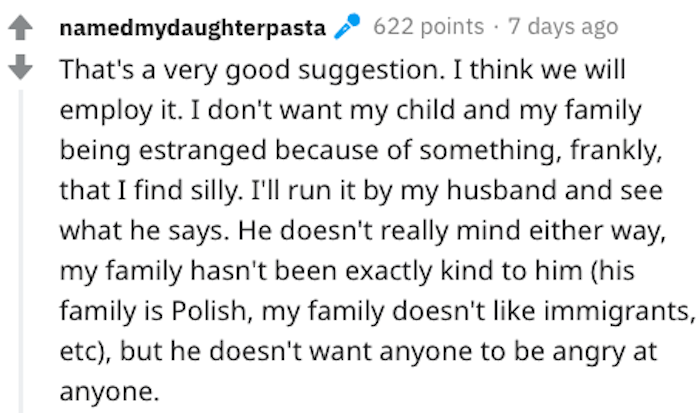 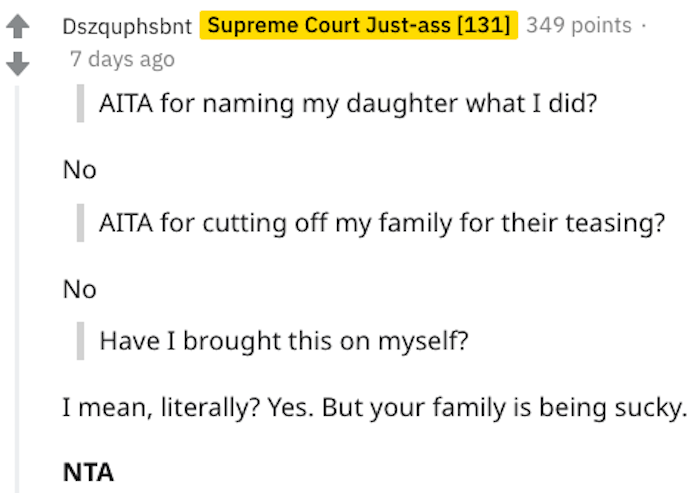 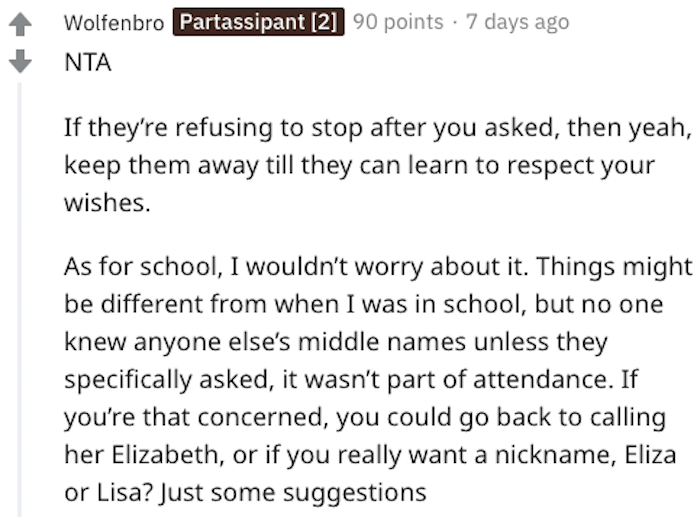 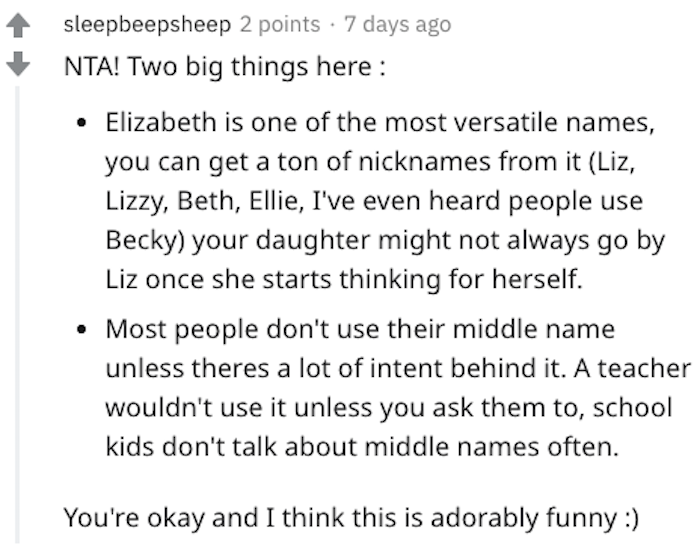 One thing people said that is definitely true is that she wasn’t in the wrong for giving her baby the name she chose. Bullies will find a way to make fun of people’s names no matter what. It would just be nice if the bullies weren’t actual family members.

More of the best AITA posts: