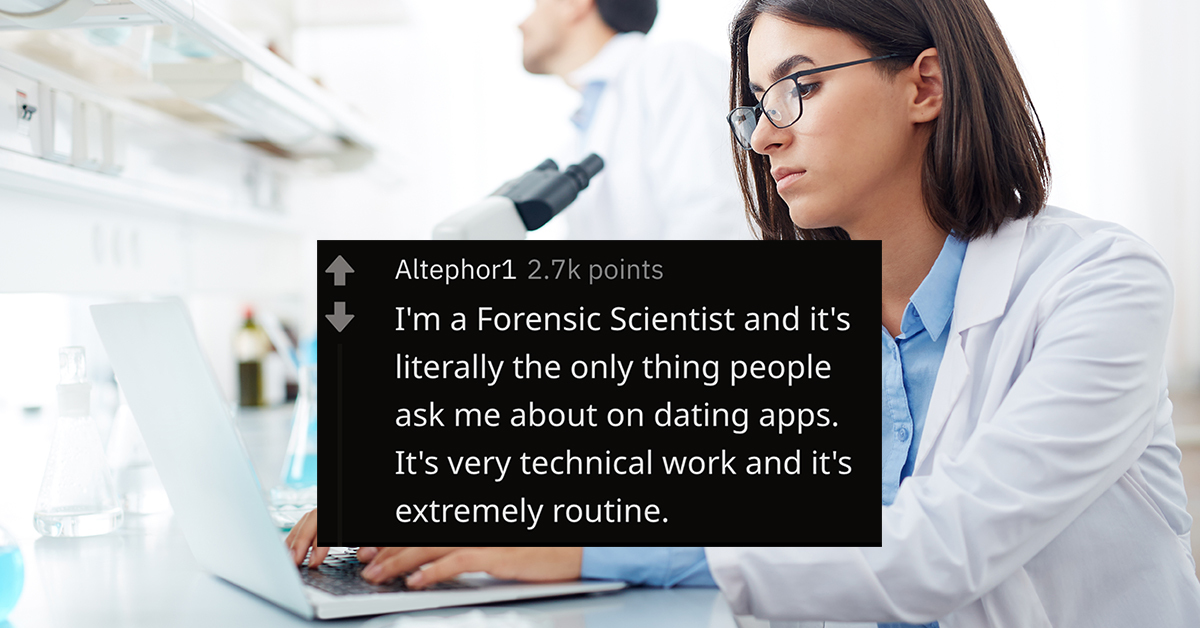 Nobody I know has a job they absolutely 100% love. I think it is rare for people to feel like they found their “calling” or whatever when it comes to jobs. Most of us work to make money. Bleak but true. And people who hate their jobs are always jealous of people with “better” jobs than them.

But this recent AskReddit thread from u/bwee21 actually proves that all jobs totally suck butt—no matter how glamorous or important-sounding they are. “Which jobs is a LOT less fun than most people expect?” they recently asked.

A lot of the replies were surprising to me. I’ve been a video editor, so I can attest to the fact that it sucks. But I always thoughts being a pilot, zookeeper, video game tester, or forensic scientist would be crazy cool and fun. I was wrong.

I’m a Forensic Scientist and it’s literally the only thing people ask me about on dating apps. It’s very technical work and it’s extremely routine.—u/Altephor1

Park Ranger. Don’t get me wrong, I loved it, but a lot of days it was less “talk about cool animals while wearing your ranger hat” and more “the toilets are overflowing again, go clean the septic tank filter and stir the tank with a shovel.” With a little bit of “hey there’s a methed out guy down by the bridge, can you convince him to leave without killing anyone.” All for the low price of $26k/year with a college degree!—u/RangerRudbeckia

Barnes and noble, your job has literally NOTHING to do with books & it obviously attracts a lot of that type, myself included—u/tenbladejen

Working in a flower shop. It’s just like any other retail job, but people constantly tell you how fun your job must be. Also helping grieving families chose funeral flowers is not fun.—u/ZakkiraJuneAiko94

Video editor. The more I do it the more I can’t be arsed.—u/MeMuzzta

Although not necessarily bad, Beekeeping.

Get used to the constant sound of buzzing during hive inspections/swarm removals plus wearing the protective suit in hot ass weather for hours on end (give or take the situation). Also, there appears to be a large number of beekeepers allergic to bees so epipens are a must.—u/Cheetodude625

Baker. Coming into work at 3/4 am so you can have a six am baked goods is miserable.—u/haierypotter

Everyone wants to break shit with a sledgehammer. Everyone is tired of lifting that sledgehammer by 5 swings.

Nobody wants to load the broken stuff into bags or a wheelbarrow and take it to the dumpster.—u/Bill_S_Preson_Esq