Whenever there’s a post from a delusional bridezilla on r/AmItheA**hole, lots of people in the comments wonder if it’s a troll or attention seeker. That’s what many accused Redditor u/acelyntono of being when she shared her story under the title, “AITA for asking one of my bridesmaids to cut her hair?”

But if you’ve been in a wedding party of a certain type of bride, you know this story is a walk on the mild side. The OP starts by saying she is (hopefully) getting married in October. She says they’ve been together for four years starting when they were 18. So she’s 22, which might explain this story. She writes:

She asked if i was being serious and I said yes, that I wasn’t planning on asking but that it seemed a simple thing to do. My friends were all pretty outraged over this minor thing and now Madeline is saying she doesn’t want to even be my bridesmaid. It’s only hair, it grows back! AITA?

What’s the deal with these brides who want their bridesmaids to dye or cut their hair? Just buy everyone a wig or a matching hat or something if you need your friends to look like little perfectly matched Barbies instead of like a group up people showing up to support you. How do people this uptight even enjoy their wedding day?

The bride got absolutely no support in the comments. Everyone said she was the a**hole. Definitively. 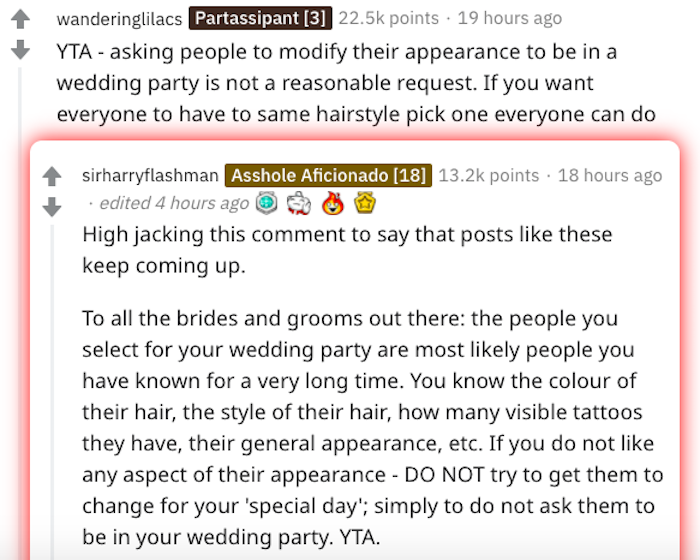 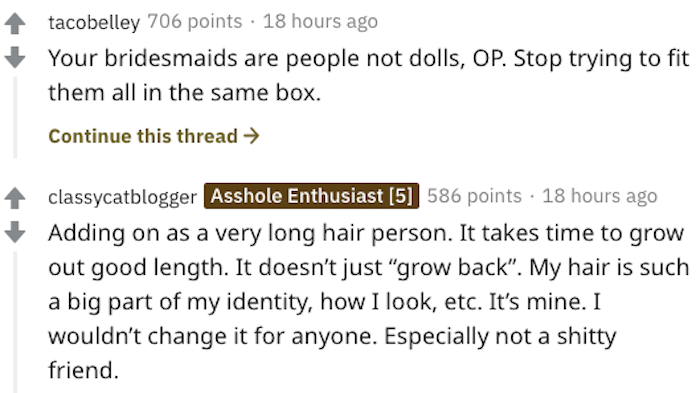 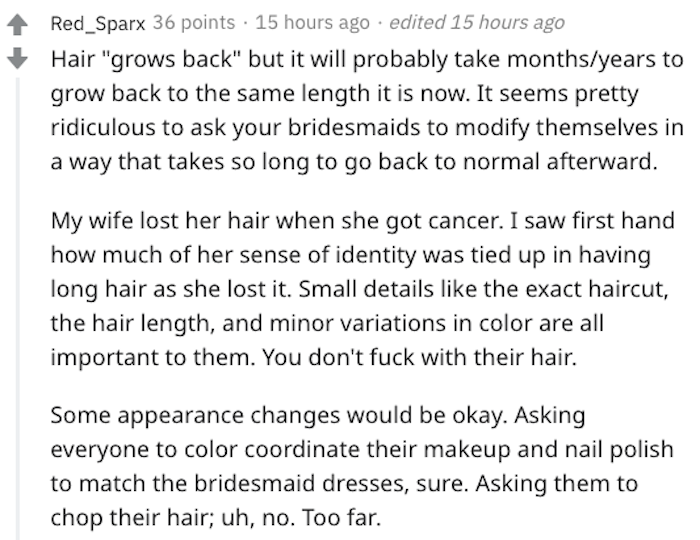 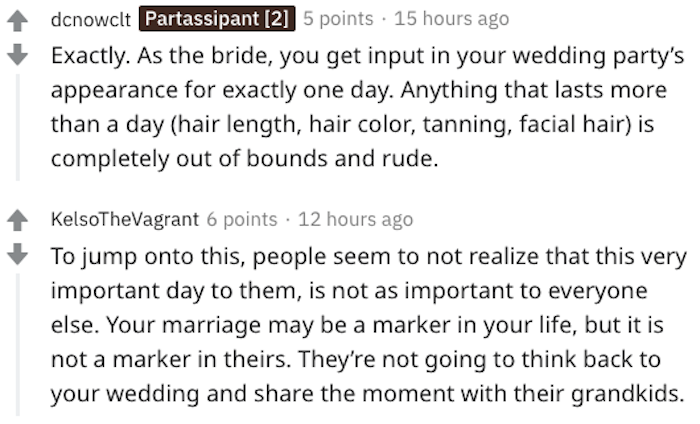 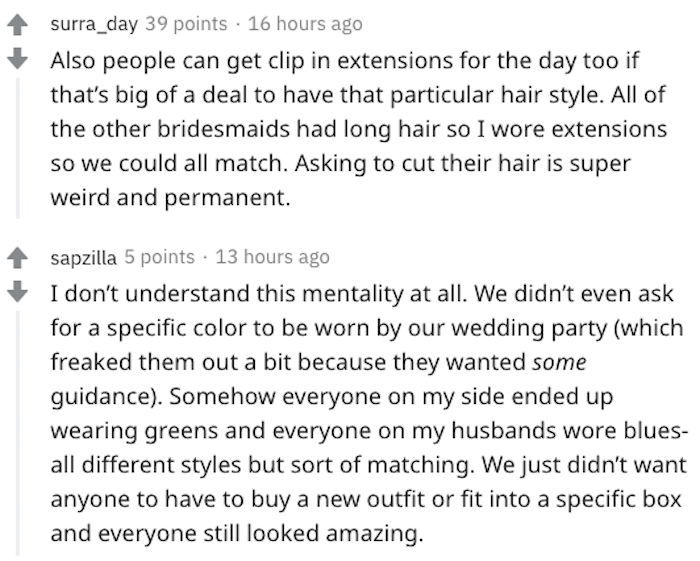 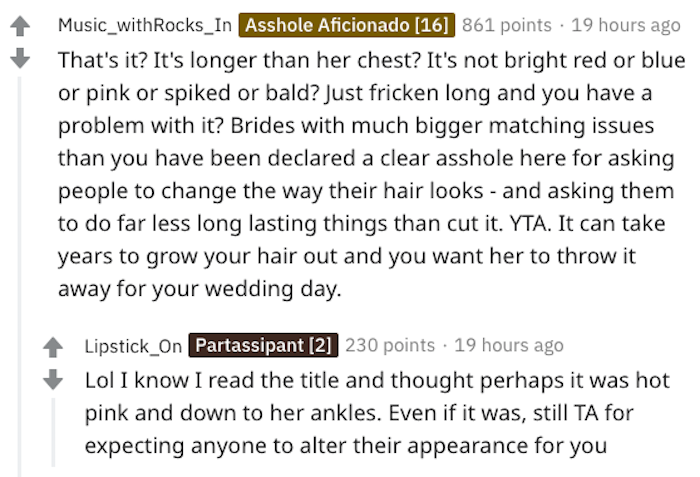 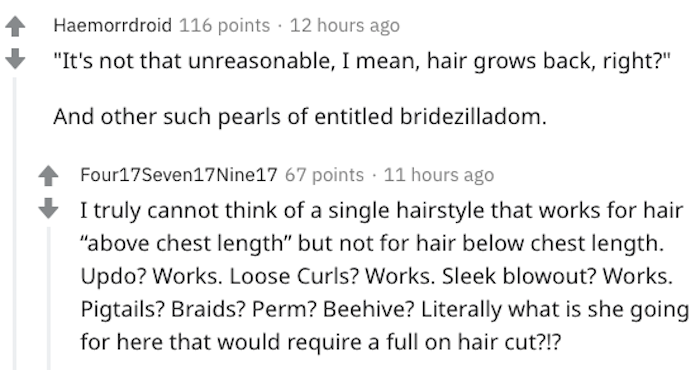 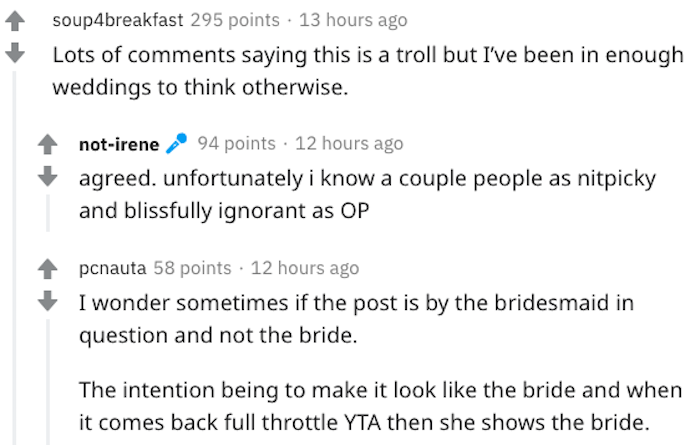 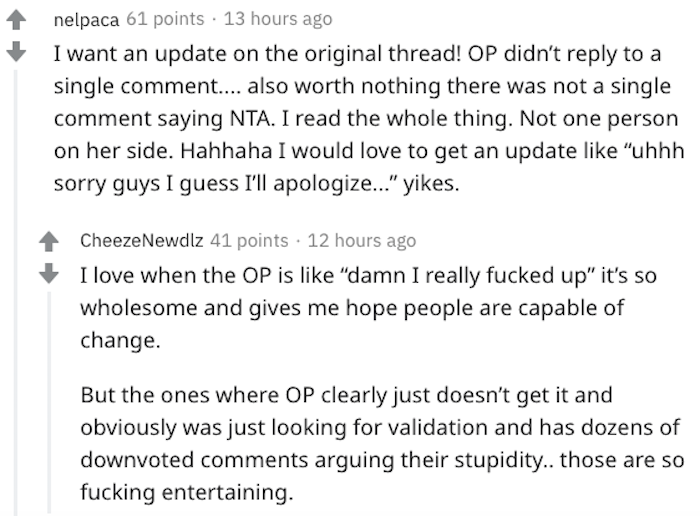 Here’s a good rule of thumb: if the thing you’re asking the bridal party to change can’t be changed back in the same amount of time without lasting consequences, don’t ask them to do it. It will only make your special day a resentful one.