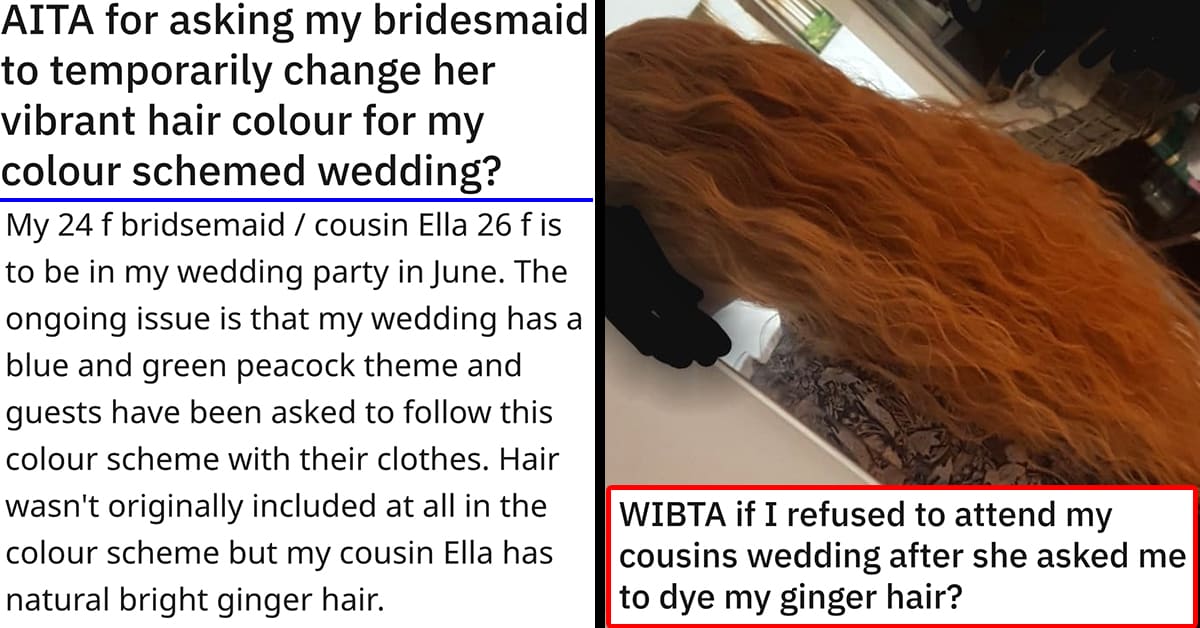 On the subreddit r/AmItheA**hole, we usually just get one side of whatever the altercation was, and the commenters have to decide who was the jerk based on that story. When the person on the other side gets to answer, it’s a real treat, and this back and forth between a bridezilla and her redheaded cousin might be one of the most incredibly satisfying conclusions this sub has ever provided.

It all started when u/dreamdaythrowaway shared her story about her cousin Ella’s “Merida” hair, which she says is incredibly long, clashes with her peacock turquoise color scheme, and will be distracting overall.

The subtext here, I think, is that her cousin has nicer hair than her and she’s jealous of this bridesmaid potentially overshadowing the bride. But she said this instead:

I would never ask someone to permanently change their hair for my wedding, I know that would be bonkers so I suggested some temporary hair dye, but Ella argued that she has been growing her hair for 6 years and doesn’t want to risk the colour not washing out. I thought this was ridiculous because it literally says washes out in like 14 washes. But Ella says because her hair is completely natural colour it might take strongly to her hair.

So I gave up on that avenue and suggested a wig, it is 1 day 1 single day and there are some amazing wigs these days, I had a look on Instagram and you wouldn’t even be able to tell. But she said she would feel self conscious and weird wearing a wig and that because her hair is butt length that it might sit weird on her head. So she won’t dye it, and won’t cover it up. I really don’t want to come across as a bridezilla but butt length flaming red hair will destroy the wedding photos, and ruin the colour scheme completely.

For the record, the bride was firmly ruled an a-hole by everyone: 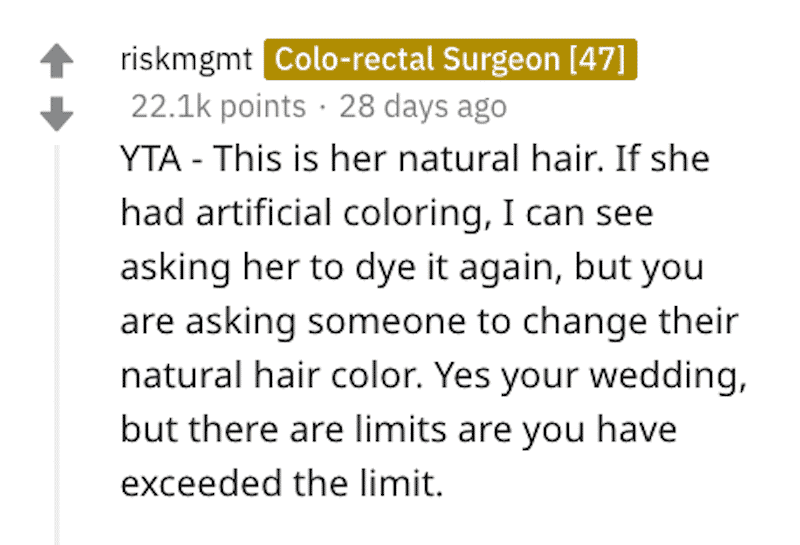 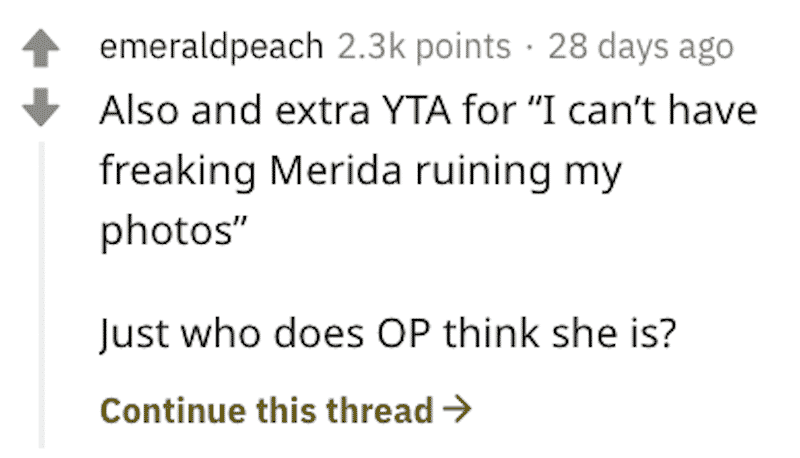 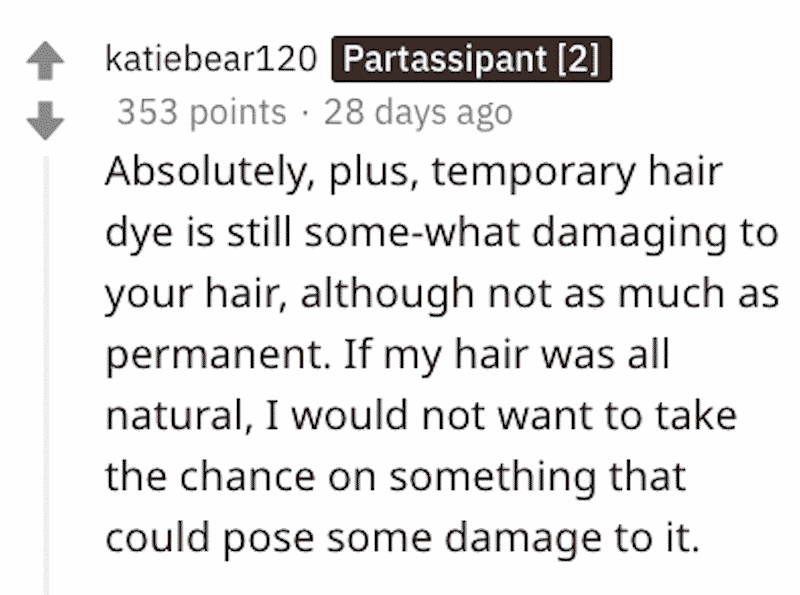 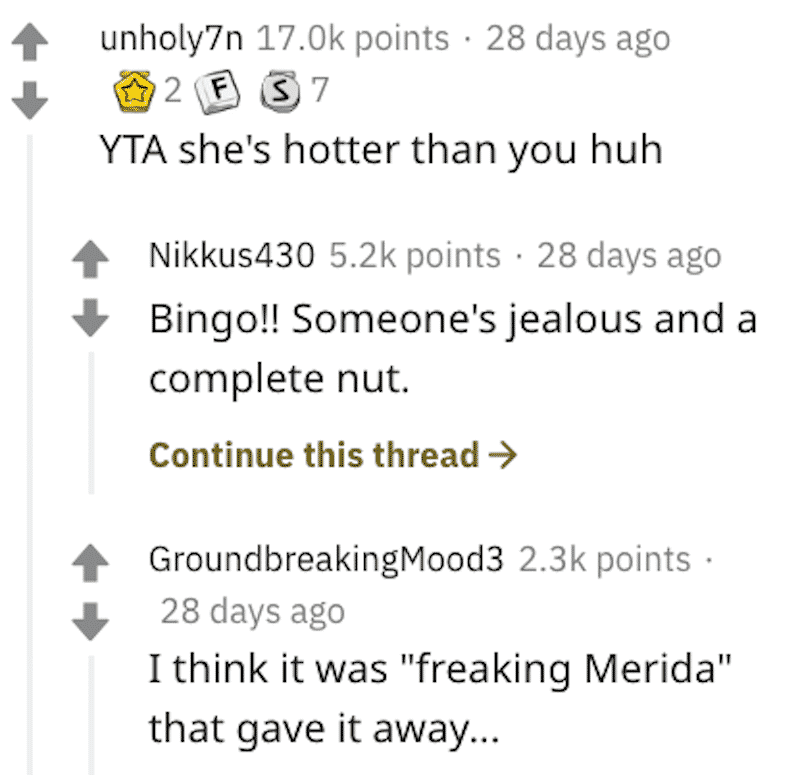 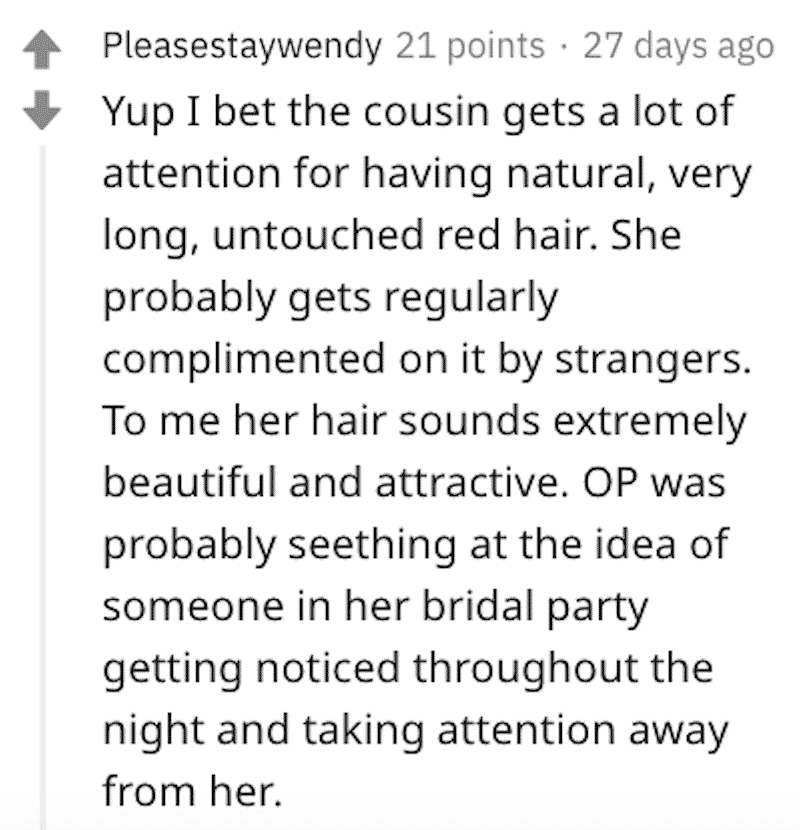 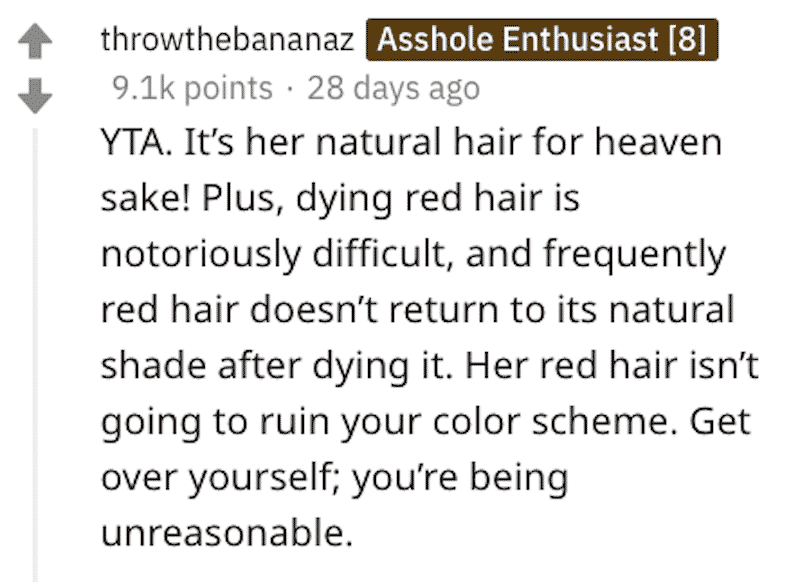 She later edited to add that Ella had dropped out of the wedding, then edited again that because her post blew up, she told her cousin about it and they’re trying to work out a compromise.

It’s hard to tell if that final edit came before or after Ella posted her own story to the same subreddit, titled, “WIBTA if I refused to attend my cousin’s wedding after she asked me to dye my ginger hair?”

She started by saying the bride exaggerated her ginger situation, writing, ” What irked me about that post was that my hair is NOT FLAMING MERIDA RED.” She even shared real pics as proof:

She also says the bride has been making weird demands for awhile that seemed to be explicitly targeting her:

Things have been awkward from the start with Amy demanding that everyone has to stick to this dress code or they will be barred by security at the damn door. She has also asked anyone with hair past their waist to cut it in a Facebook post but it got no replies and I can’t think of anyone except me and maybe my sister with suoer long hair. My mum and dad are both way more ginger than me and my sister who is 8 months pregnants hair is not much shorter than mine and is super ginger, and Amy never asked her to touch her hair? if anything I got the dull hair geane.

Ella says she even gave hair dying a try by testing a strand underneath, but it hasn’t been washing out and seemed to change the texture:

After things went south she decided to try and “negotiate” with me, still completely bizzare as my hair is not merida red. My mum and dad called round a few days back to talk about it but got absolutely nowhere with her as she’s still insisting i dye my hair a dark brown for the day or get a wig.

My aunt, Amy’s mom called to apologise to me and asked me to please come but I don’t feel welcome, can you imagine attending a wedding where the bride stares daggers at you the whole time? and what if the security refuse to let me in. these are extremely similar to the gowns the bridesmaids are going to wear, I’ve tired mine on and it absolutely dose not clash at all. I brought and paid for my dress so I don’t owe her anything but our families are so upset that I’m dropping out. But if I go I have no choice except to dye my hair as there never was a compromise or middle ground, it was dye it, buy a short brown bob wig or don’t come. She specified it has to be a short brown bob wig for some reason. 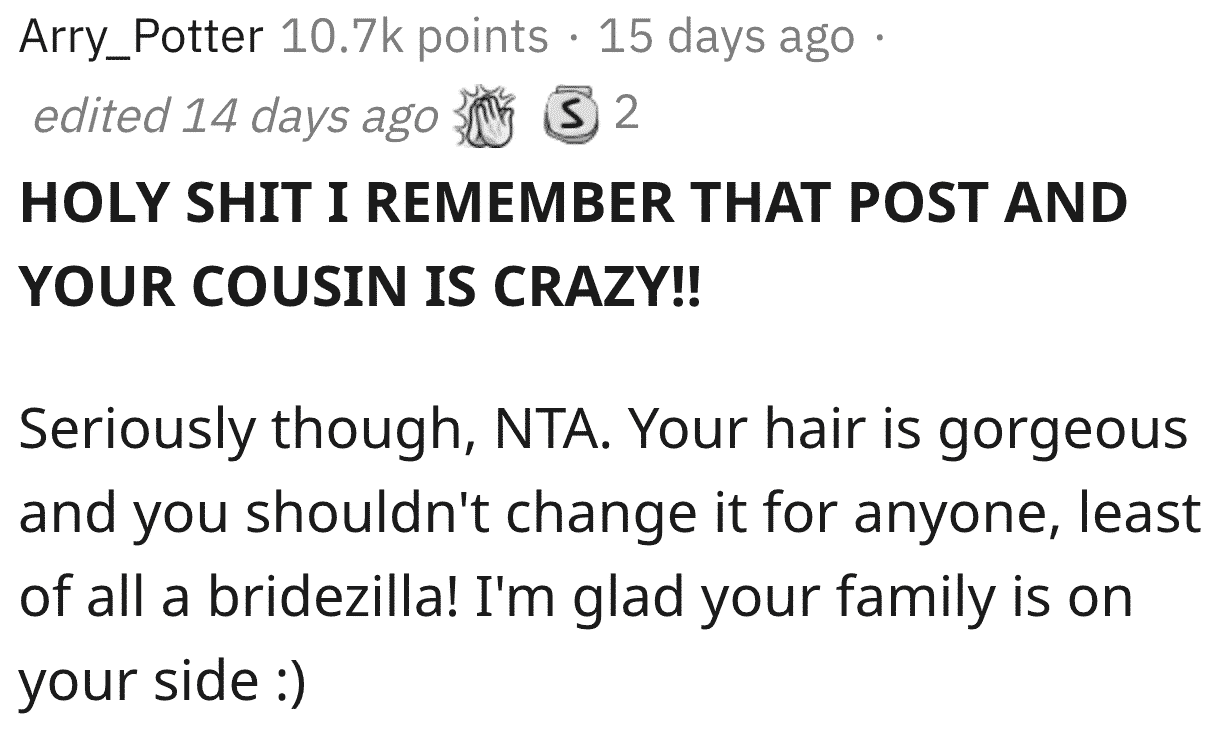 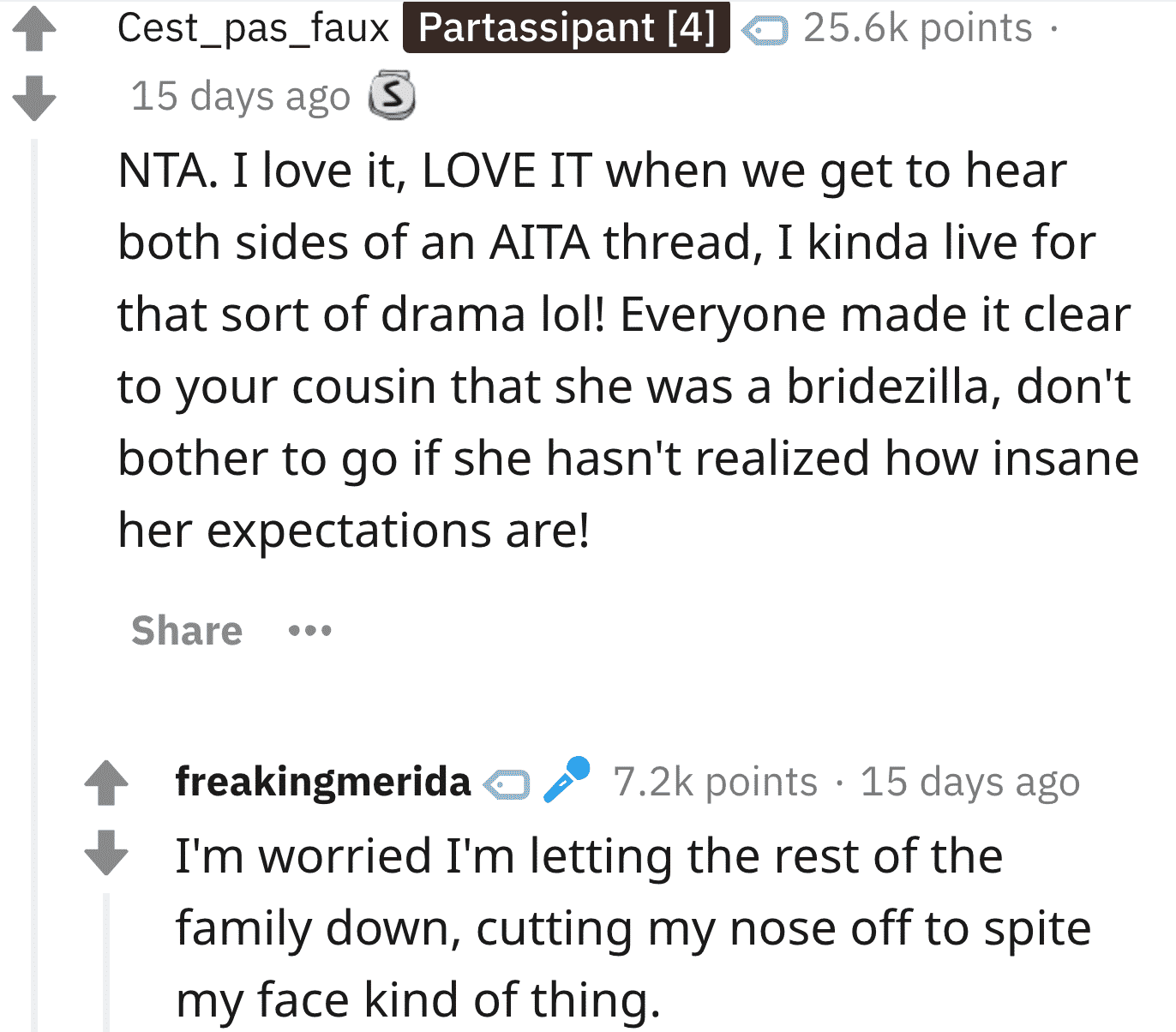 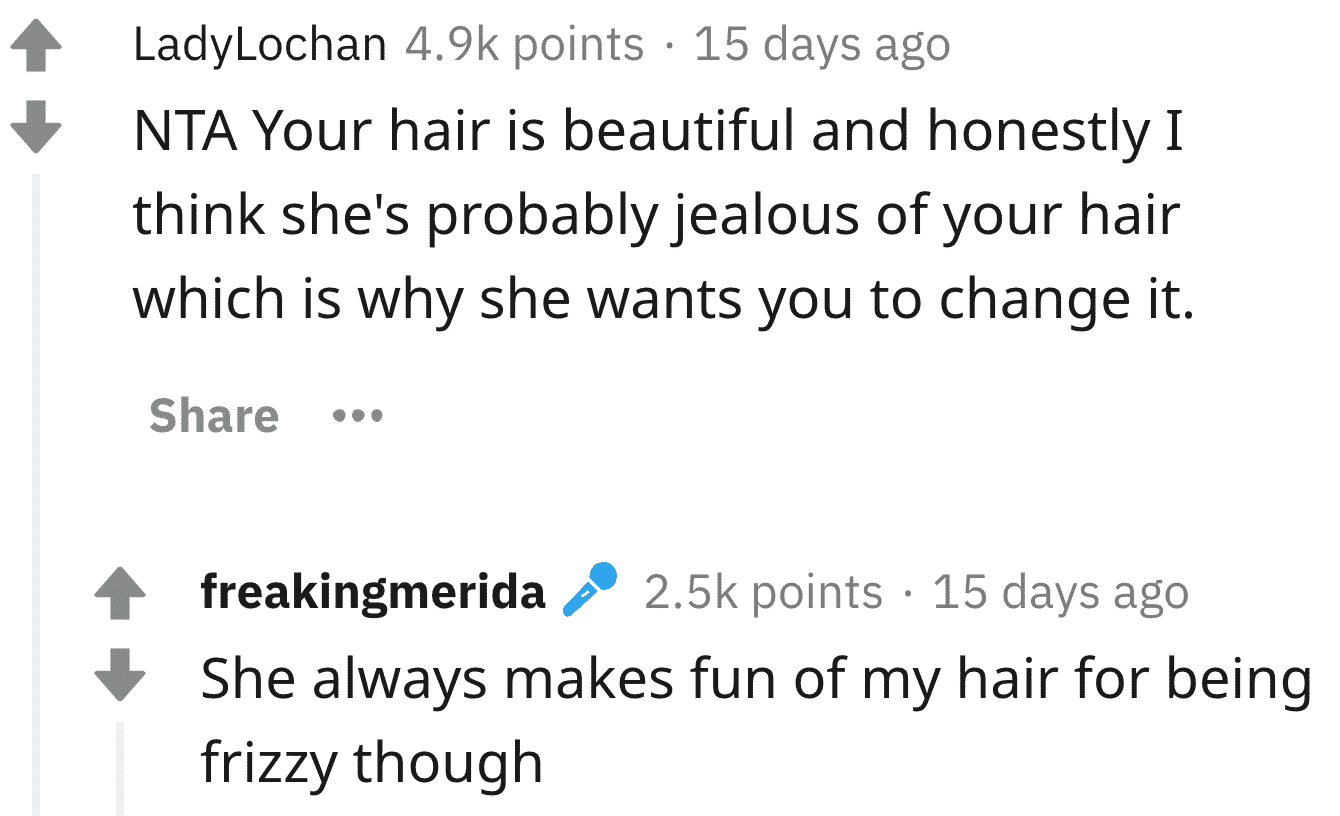 The security detail turning away people for the wrong color scheme is actually true according to the bride, who commented as much in her own post: 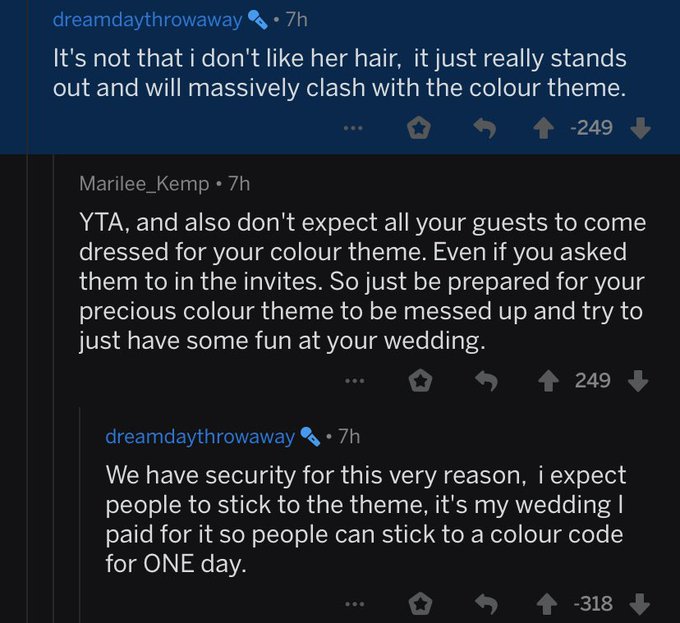 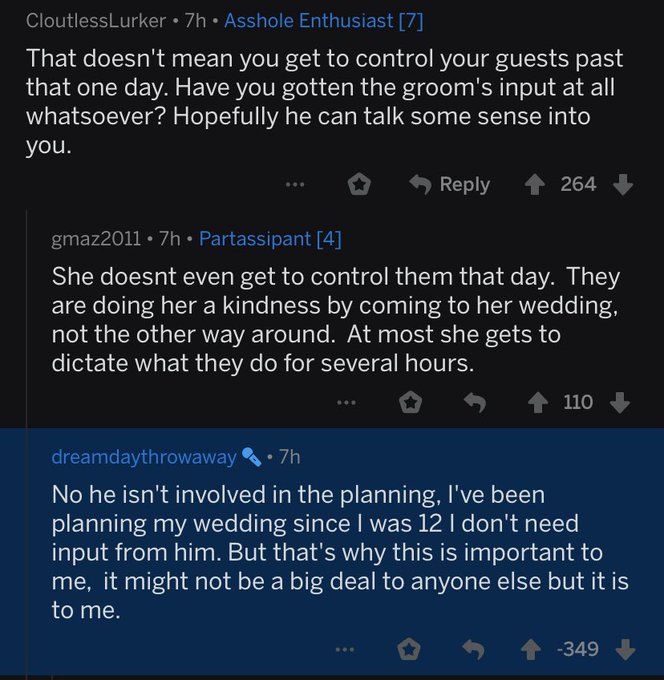 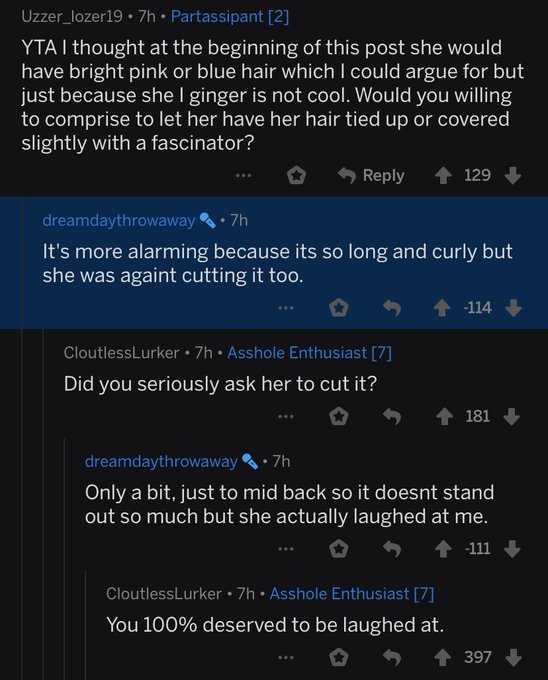 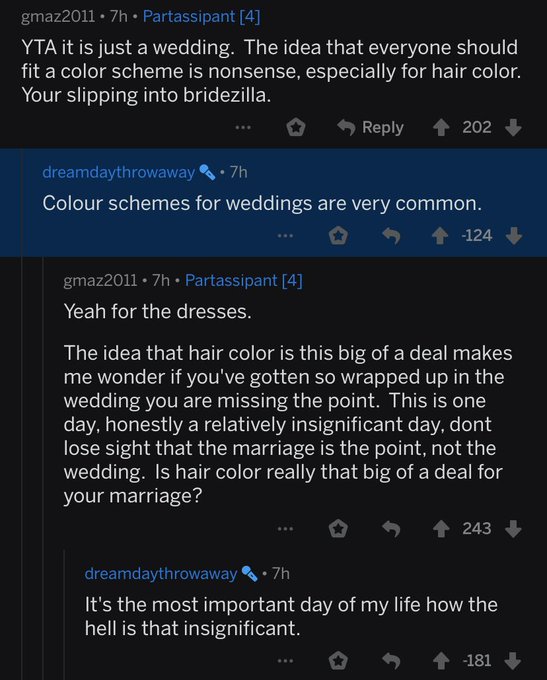 Okay, Ella, you are not the problem in this situation! Take the night off, and if you’re worried about what the rest of your family will think, don’t. They’ll be too busy trying not to break any of the bride’s rules to notice you’re at home binge-watching TV and eating ice cream.

More of the craziest AITA stories: