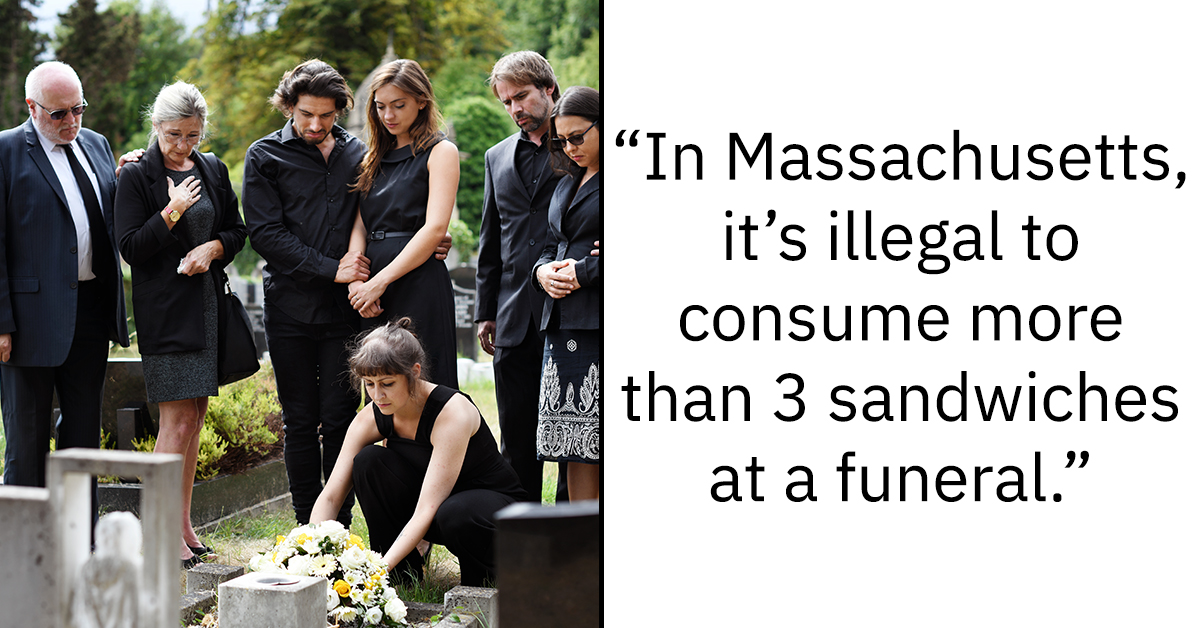 If you read all the time, eventually you start spouting some of the facts you’ve learned from books. Fortunately, many people have replaced reading with podcasts.

Now, you can repeat dubious information because you heard someone else say it. Move over, books! There’s a new way to ruin parties.

What’s your favorite weird fact? The truly mind-blowing one that you always toss out? Mine’s that before salt and pepper, there was a third spice always on the table and no one bothered to write it down and now no one knows what it was. Fun!

Someone on Reddit wanted to know what facts people share that always get the reaction “Why the f*** do you know that? The internet is full of facts that fit that criterion.

Here are the facts people know that always make others ask “why the hell do you know that?

1. Where can I find some good shrimp around here?

“Shrimp live in the canopies of the Redwood Forests. They get there via literal seagull poop, and the lush coastal ecosystem forms little puddles on the branches in which they grow and live.” –mlygnar

2. What happens to a bear’s butt when it sleeps?

“When bears hibernate they generate a mucous wax to cover their buttholes so that nothing can get in.” –Phasma_Tacitus

3. Probably had a Napoleon Complex.

“Stalin was shorter than Napoleon at 5’5″ and his left arm was shorter with a deformed hand due to blood poisoning.” –Monza458

4. Please leave some for the other guests.

“In Massachusetts, it’s illegal to consume more than 3 sandwiches at a funeral.

“The slime on a sharks skin is chemically identical to the natural lubricant produced by the human vagina.” –Crackracket

“In the state of Pennsylvania, there are the towns of Intercourse, Climax, Paradise, and Blue Ball (no joke… these are the actual names of those towns) and they are all with range of each other. But what makes it even more epic is that the locals use this humor for their tourism advertising.

“To get to ‘Paradise’, you have to start at ‘Intercourse’ and drive through ‘Climax’. But if you hit ‘Blue Ball’ you have gone too far.'” –JQuest7575

“There is an entire “rainforest”-esque ecosystem in your belly button.” –CanaryStorm

“Cannibalism is only illegal in one state of the United States.” –Throm_Shatteraxe

“A co-worker told me one day “you’ll know when it’s truly the first day of spring because lake water will warm up and make any dead bodies in the lake float to the top surface due to bacteria” he continued with “except for in Lake Superior where the water temperature never gets warm enough to build bacteria in a dead body” and that’s one coworker I’ll never make mad right there.” –Sensitive_Parking_30

10. This is why I always poop from whatever tree I’m in.

“50% of sloth deaths happen while they are pooping. Most sloths climb down from trees to poop and tend to die to predators at this time.” –sosneakysneaky

“In order to snap someone’s neck like in movies or video games you need to be strong enough to apply roughly 100-115% of the victims bodyweight in rotational force. Much more difficult than Hollywood would make you believe.” –OurNewCEO-ThatGuy

“If you sneeze when coming from a dark room into sunlight, it is because of a specific gene which is named ACHOO. I know because I have it.

14. Was the penis also short, though?

“When Napoleon Bonaparte died in exile, they cut off his penis and gave it to the local parish priest. The priest later sold it to raise money for his Parish and it’s been sold and resold down through the centuries and to this day there are three people who claim to own Napoleon’s penis.

“Cocaine was such an influence on fleetwood mac’s rumors that they wanted to credit their dealer.” –Impressive-Hour6531

“The cheetah is the only cat without retractable claws.” –jeff_the_nurse

“Dolphins can fall deeply in love and develop relationships just like humans can.

It has been recorded multiple times that when a human and dolphin – who have formed a strong relationship between them over a long period of time are separated:

the dolphin becomes so depressed that they willfully commit suicide by sinking to the bottom of their pool/lagoon and refuse to come up for air until they drown to death.” –DaoMuShin

“The quickest way to the heart actually IS through the stomach. According to archeological evidence, the Aztecs basically discovered through their years of sacrificing people that it’s way quicker to cut open the stomach and then go up and under the rib cage to cut the heart out, rather than trying to break open the ribs to get through them.

They could apparently get someone’s heart out this way in only a few seconds, and there are accounts of sacrifices where multiple thousands of people had their hearts cut out in a single day, which would take forever if they didn’t know the quickest method.” –bluelion70

20. Sadly, we know why this person knows the fact.

“The US is one of the few countries that allows “strike anywhere” matches to be sold. Do NOT bring them on a plane. For example, you’re going on a camping trip and put them in your checked luggage. You’ll be fined several thousand dollars. There’s no exemption from the fine. But the FAA will work out a payment plan with you.” –Manch-Vegas

21. That settles it. People who love math are bloodthirsty weirdos.

“If people were otherwise immortal and nobody had anymore children, and you shot someone every second, it would take around 230 years to kill off the human race.” –Latvia

“If a person is skinned alive, they will die of hypothermia before blood loss.” –GeneralBaguetti

“The foreskin of circumcised babies are typically reused as lip grafts. I learned this after I had to get my lip replaced. It was interesting to learn some likely religious family practicing a basic tenant inadvertently helped give me my new lip.” –Whails

“A pregnant woman can legally shit on a footpath in Melbourne, Australia.” –Bitter-Edge-8265

“The longest word you can make using the top row of a keyboard is ‘typewriter.'” –jugglajj

“The annual migration of birds was only discovered in 1822 when a stork turned up in Germany with a 30-inch African spear through its neck. Before that, we seriously thought migratory birds slept at the bottom of ponds or flew to the moon for the winter.” –freerangephoenix