The subreddit r/relationship_advice is usually full of petty grievances or mundane issues that crop up in relationships. This story from u/throwraxcel2 is not one of those posts. It’s titled, “I don’t want to take part in my GF’s (23F) sex ritual on our wedding night… but I still want to marry her.”

Somehow it manages to get crazier from there!

The OP is engaged to a woman he really likes, and she has a huge extended family. He says he generally gets along with them, even if he sometimes finds their closeness overwhelming, being from a small family himself. Then, when they got engaged, he noted that a few of his fiancée’s cousins cracked jokes about the wedding night. The OP says he and his fiance are sexually active already and the family knows they share a bed on vacations and holiday gatherings, etc.

On a night when they were discussing wedding plans, honeymoon talk came up. In the conversation, his fiance mentioned that they wouldn’t need a bridal sweet on the night of the wedding because she’d like to stay at her parent’s house. Here’s where things go off the rails:

I don’t really mind this – we’re trying to save money for a house deposit anyway – but GF seems like she has more to say so I push for why she wants it. She tells me that there’s a really old tradition in her family on the wedding night.

The husband and wife go into the master bedroom together and they are supposed to ‘consummate’ the marriage. The rest of the family are waiting outside the door so they can applaud them and cheer when they come out. Then a piece of the bed sheet is cut off and sewn into a big tapestry my GF’s mother owns.

I think my GF saw I wasn’t happy because she quickly told me that we wouldn’t have to actually consummate the marriage if I felt uncomfortable and we could just pretend.

I don’t want anything to do with this. I absolutely freaked and told her under no circumstances will I be doing that kind of thing in front of her whole family. When I came back from taking a walk to clear my head, she was now noticeably acting down and still is. I think she’s also been texting her family about this because I received a text from her mother telling me that I ‘don’t understand the importance of family’ and tradition yet and this kind of tradition has been around longer than I’ve been alive.

The OP says he really loves his girlfriend and still wants to marry her. But he is completely freaked out about being pressured to participate in the great sex blanket tradition. He ends his story with a plea for advice.

Many people commenting had no advice because they couldn’t wrap their minds around this tradition either. There were lots of jokes about this medieval practice: 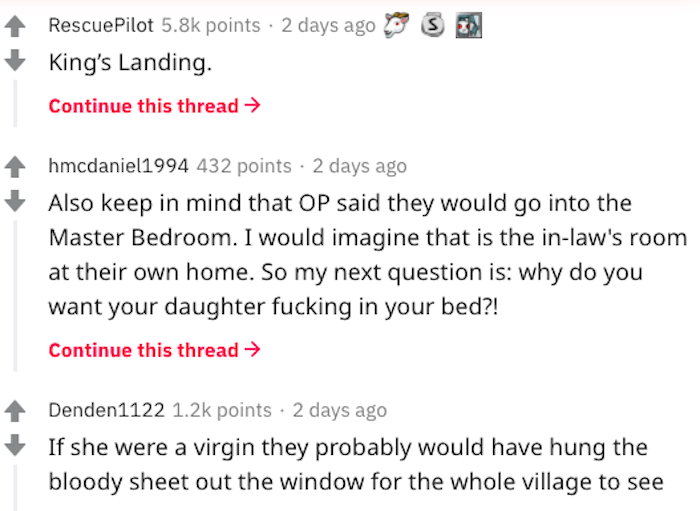 But a few people had real thoughts on how the OP should proceed. It’s not really about the sex blanket…it’s about boundaries. If his future in-laws care more about their tradition than the comfort of their potential son-in-law, it’s because they’re trying to set the terms of the relationship he will have with his wife, one where his needs are not considered very important and his wife and he aren’t each other’s number one priorities: 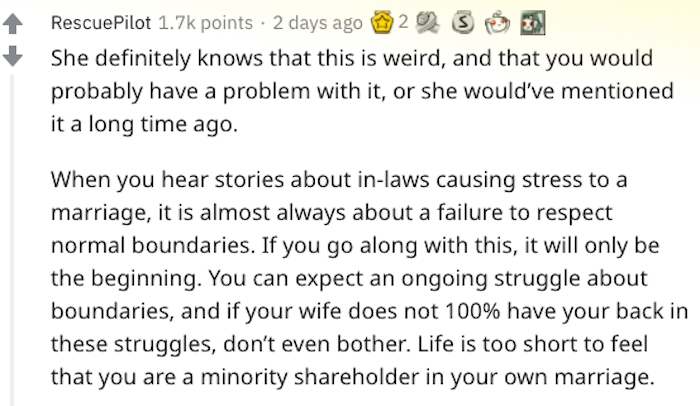 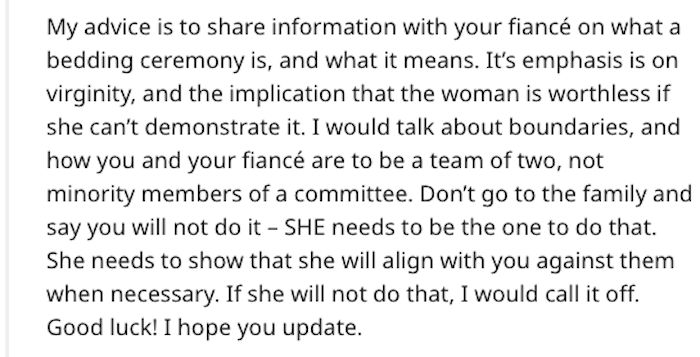 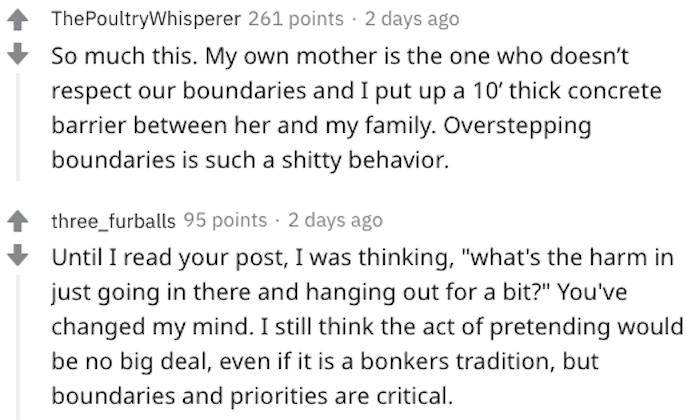 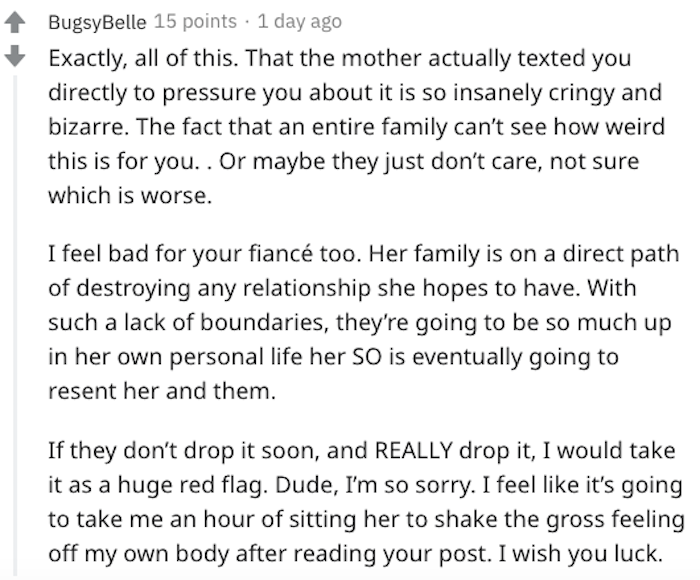 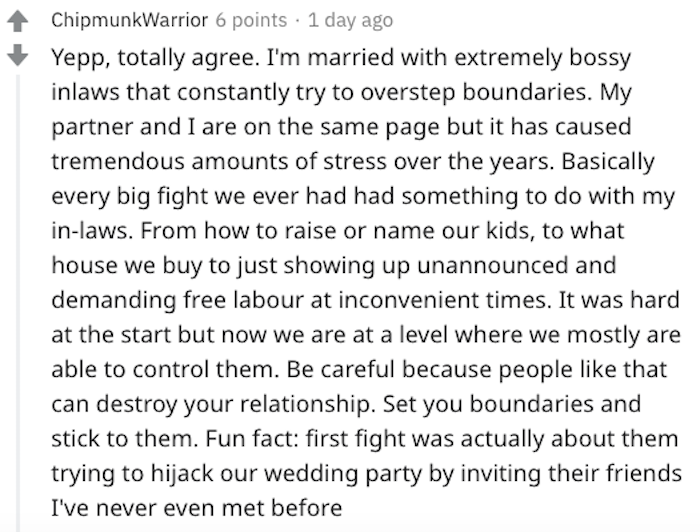 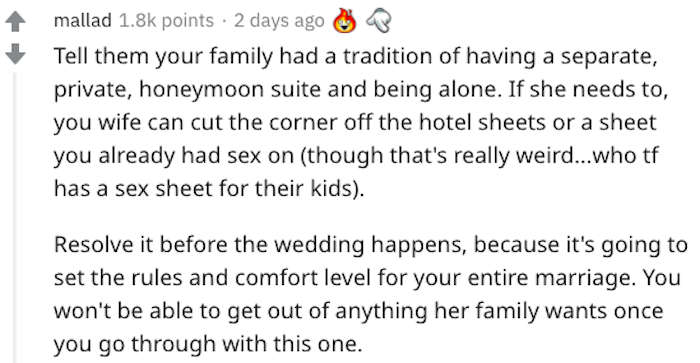 I hope that the OP and his wife figure this out and start laying the groundwork for some new traditions that don’t involve dictating their kids’ sex lives.