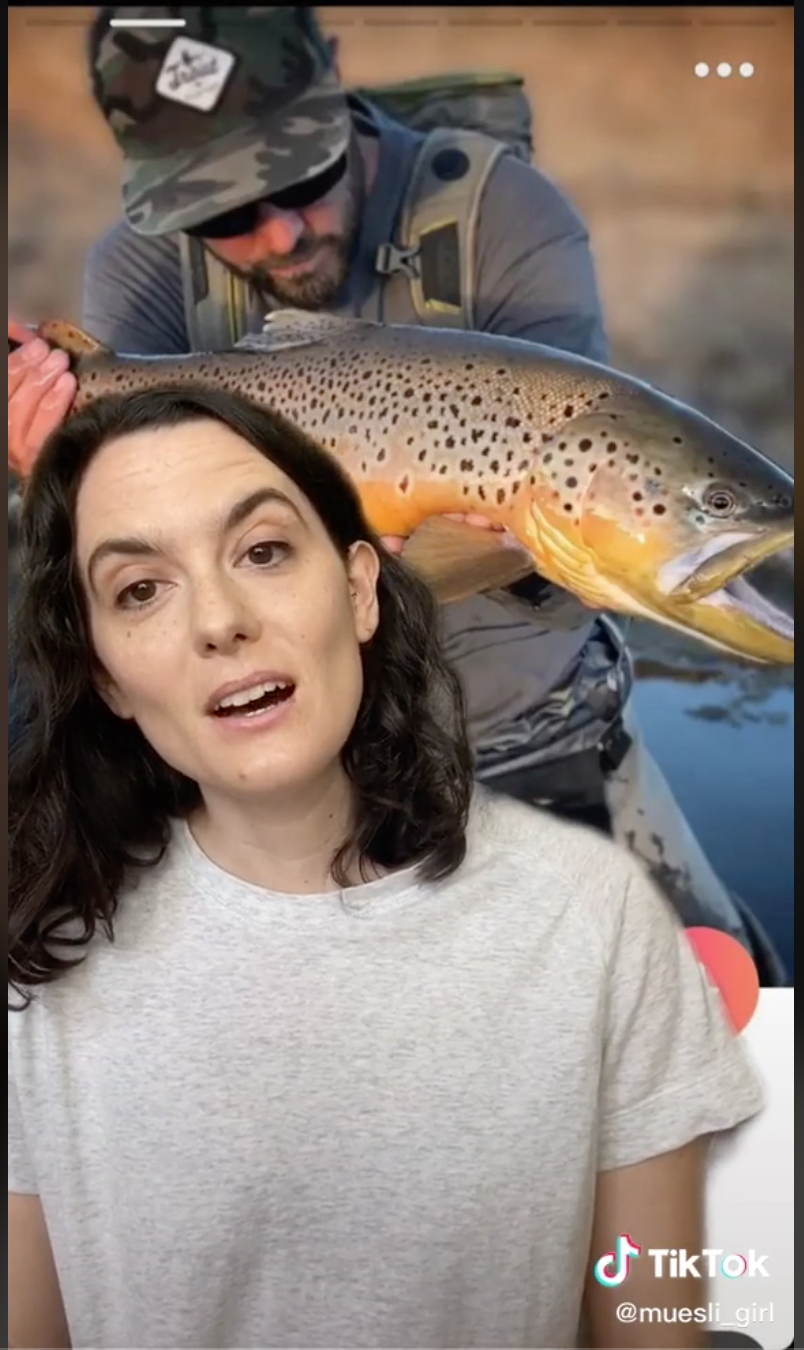 In reality, guys probably share these photos because they’re amongst the few they have where they’re clearly doing stuff with people and looking happy-ish. And that’s fine. I do wonder if they’d stop if they knew how much people are making fun of them for it, though. 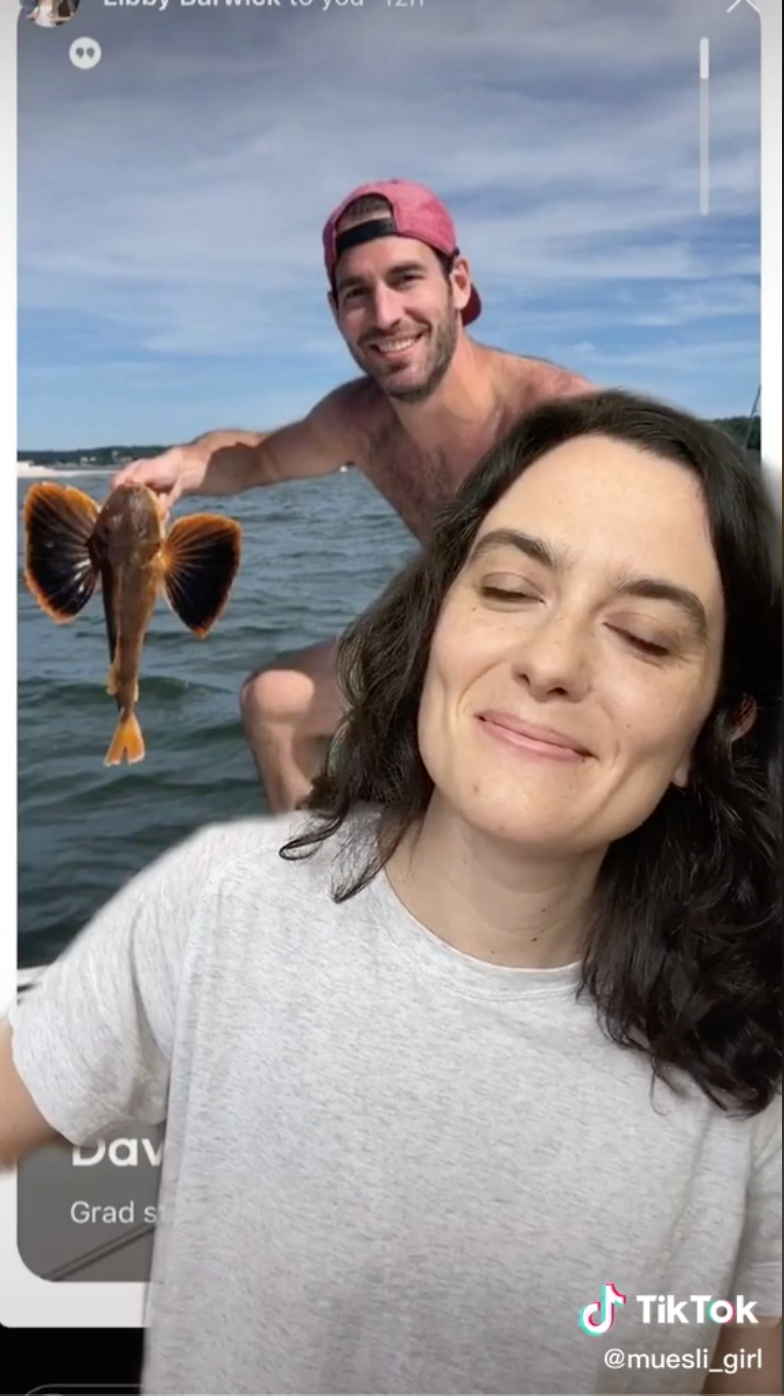 Well, there’s a TikTok semi-trend that is getting the message out to a wider circle. It was started by @muesli_girl, who took shots of potential Tinder matches and their fish, and the green-screened herself into them. Then she rated them:

She doesn’t really give them a number, more of an appraisal. Like, “too long” and “weird shape” and “where did that fish come from, it looks like you’re on a golf course.”

This trend was started by @calatime, here’s the original video and you can follow her tiktok for more fish boy content https://t.co/Zsm4G65AbK pic.twitter.com/vTWa5URqHf 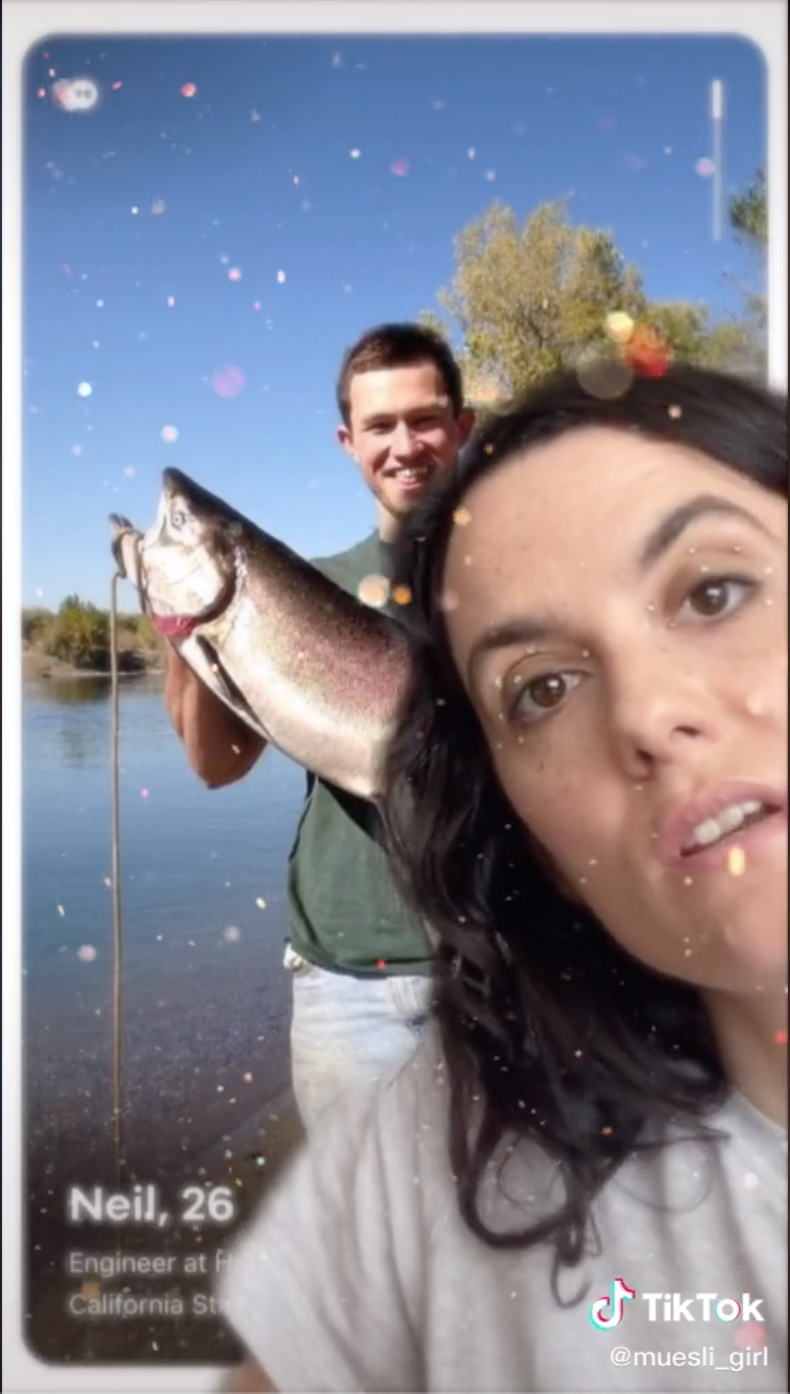 It’s pretty hilarious. In fact, it’s so hilarious, another woman did almost the exact same thing. TikToker @rachllloooo’s TikTok has way more views on TikTok, but it’s very similar to the original, even copying a number of the phrases and jokes that one uses:

The two accounts have a similar number of followers, but @rachellloooo got a boost on Twitter, when Twitter user @KashWhiteley posted it and it went super-viral:

This is a very strong contender for my all time favourite tiktok pic.twitter.com/M8FcaoztQ6 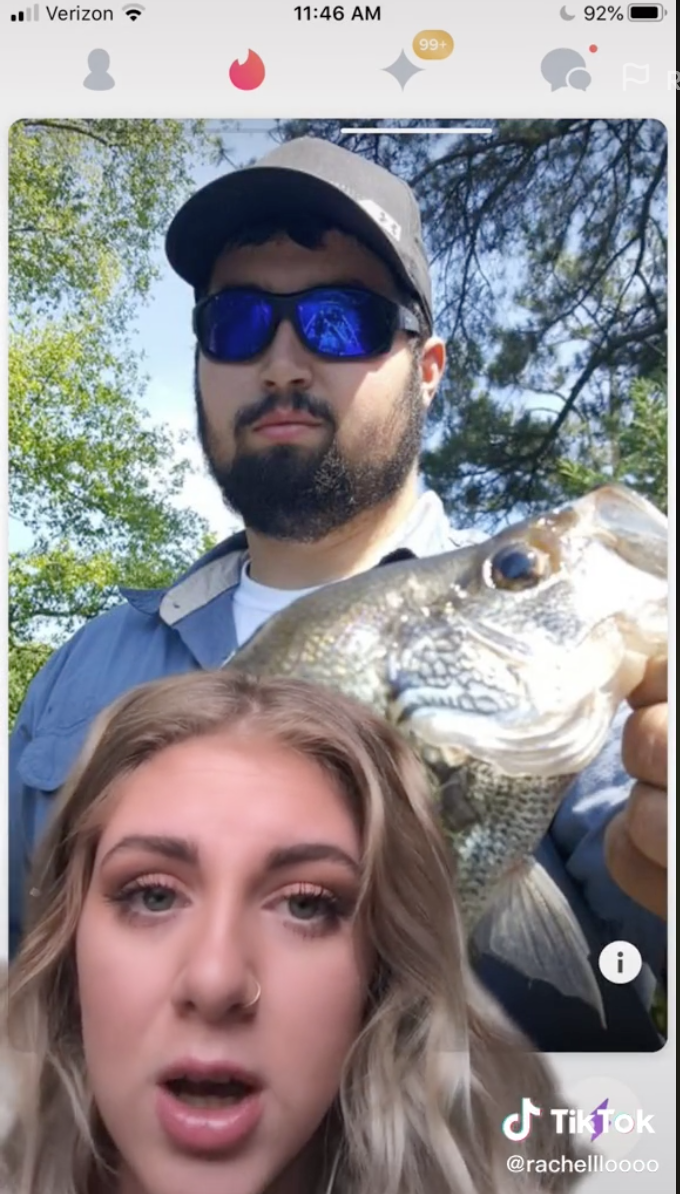 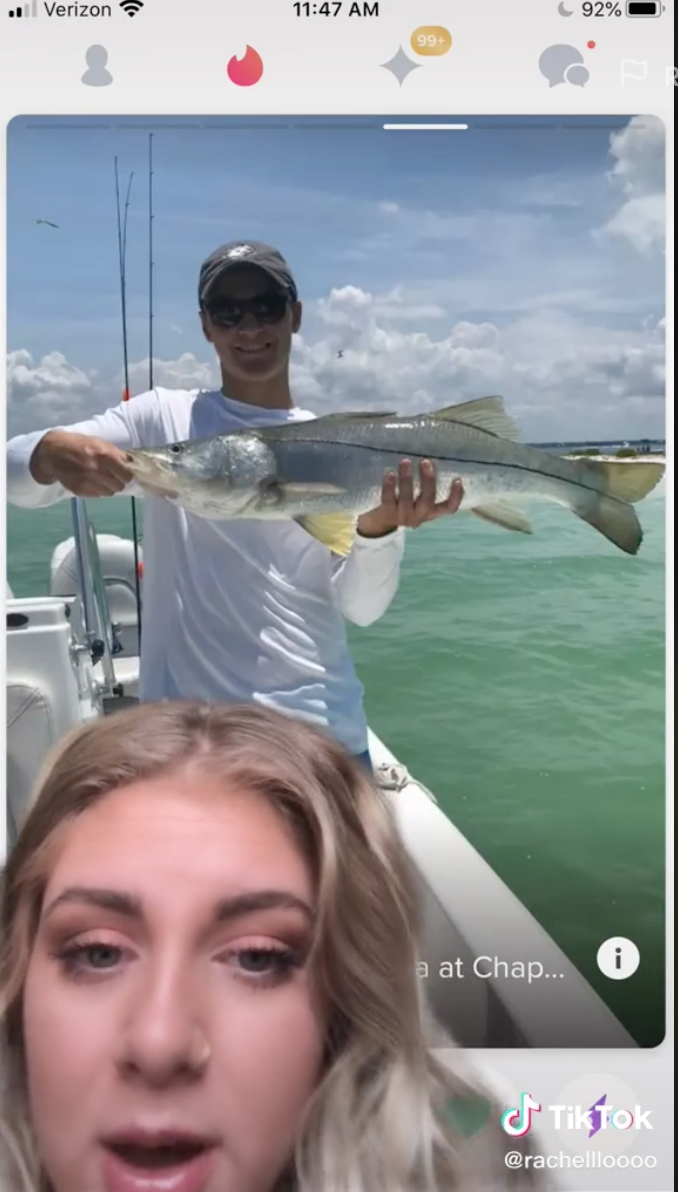 And at least one fish guy discovered he’s been getting dragged this whole time and got upset about it:

Based off this tweet I can tell you now that you really would not be able to cope with being a woman, even for one single day.

But most of the ladies found it pretty relatable:

when i had tinder, i would literally swipe left on any dude with a fish picture because i just wasn’t playing that game

And on the flip side, here’s a guy rating different kinds of grass:

So what’s the lesson here? Throw the fish back in the water and credit content.