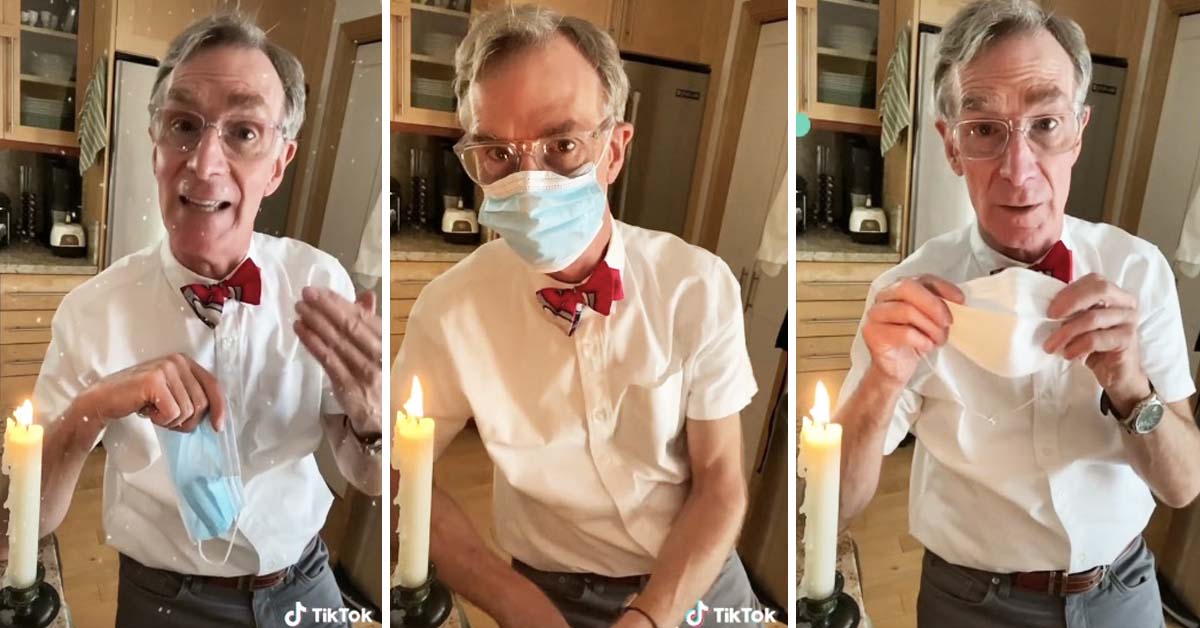 The United States is currently handling the coronavirus outbreak worst out of all other affluent countries across the world, and a lot of that boils down to one simple reason. Many Americans simply refuse to wear masks that will halt the spread of the disease. But if people won’t listen to common sense advice from organizations like the CDC and WHO, or of their elected officials, perhaps Bill Nye can help convince a few folks otherwise.

Bill Nye the Science Guy took to his TikTok account this week in hopes of educating the masses, with a two-part video demonstrating the actual effectiveness in wearing a mask. 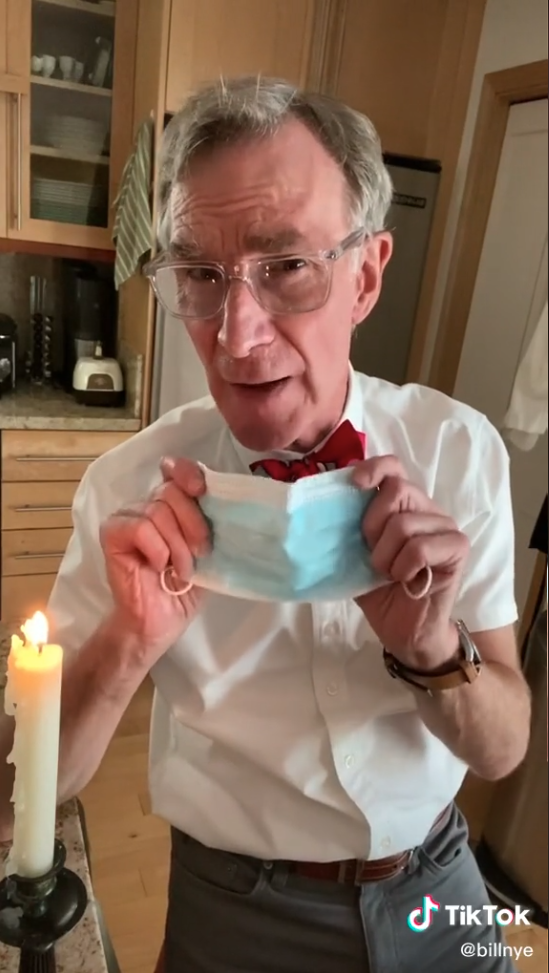 “Why do people in the scientific community want you to wear a face mask when you’re out in public?” Nye postulated at the beginning of the first video. “Face masks, like this one, prevent particles from my respiratory system from getting into the air, and then to your respiratory system.”

To demonstrate how the spread of air works, Nye first wrapped a scarf around his face. It can block the movement of air, but only to a certain extent,” he said, before easily blowing out a candle. 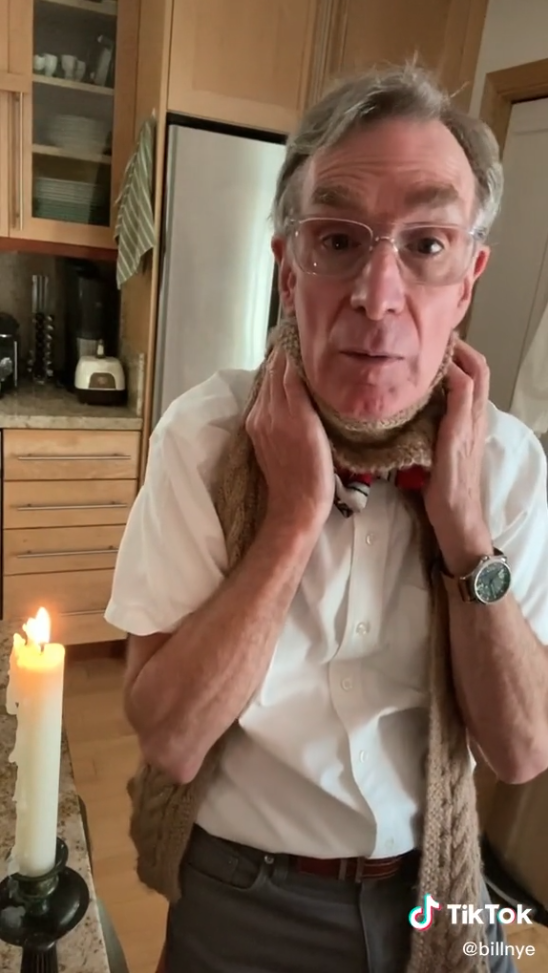 With a homemade double-layered cloth mask, Nye had better luck. The flame flickered but did not extinguish, leading Nye to deduce that the mask was “very effective.” 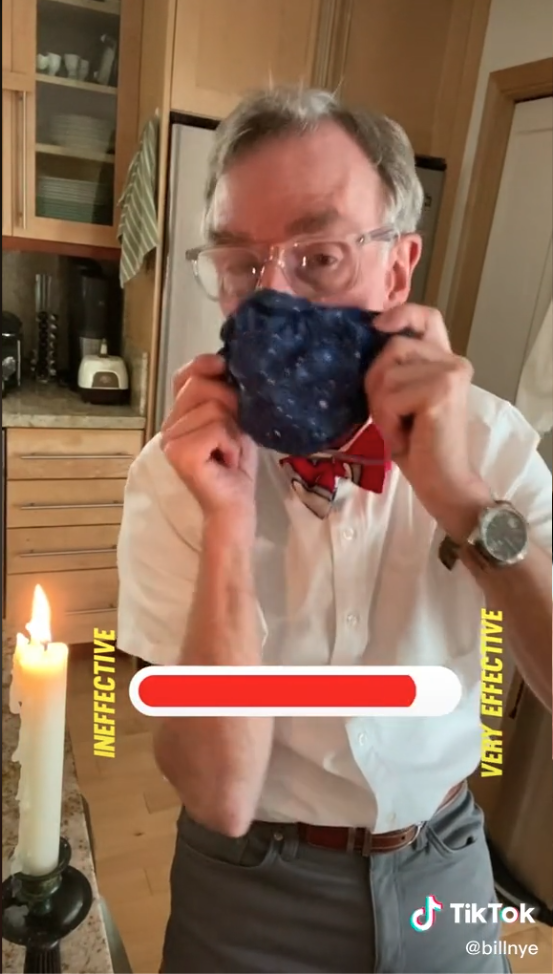 “If you’re wearing one of these, you’re protecting yourself and those around you,” Nye concluded.

In the second part of his experiment, Nye tested an N95 mask, which he says are meant to block particles in a medical environment, as well as “when you’re mowing the lawn.” Unsurprisingly, when Nye did the candle test with this mask, the flame barely moved at all. 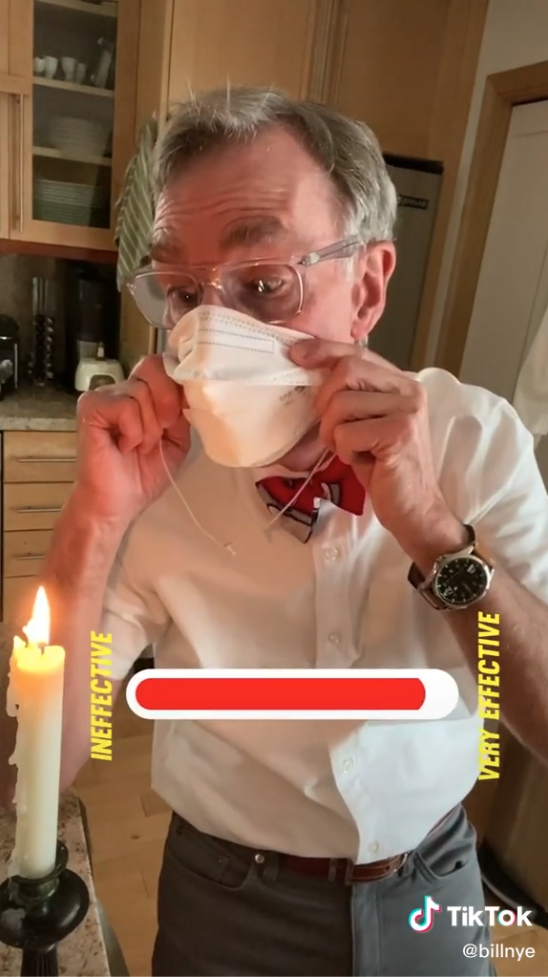 And then, typically mild-mannered Bill Nye dropped some serious truth bombs on his unexpecting audience.

At 64-years-old, Nye happens to fall in the age group most at risk for serious complications of the coronavirus.

And there you have it, folks. If Bill Nye the Science Guy isn’t enough to instill the fear of wearing a mask into people, we don’t even know what to tell them.