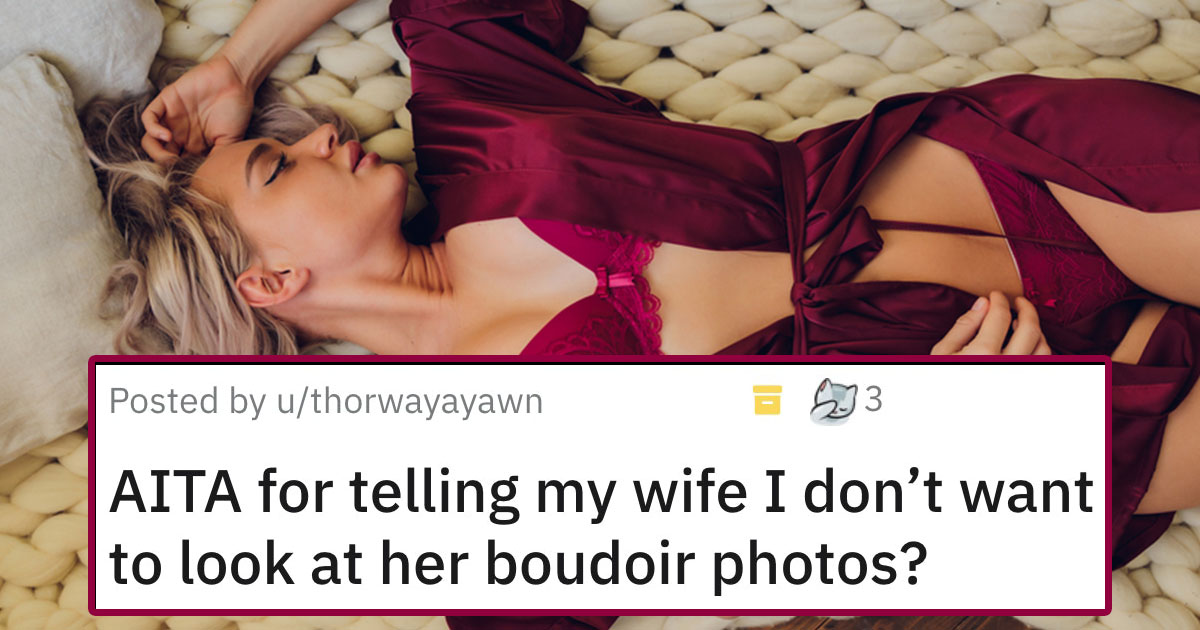 You may be asking yourself: “Who doesn’t like looking at women in lingerie?”

Well, buckle up, cause we’re about to answer that question.

There are a lot of a-holes on subreddit r/AmItheA–hole, but I don’t know if I’ve ever seen such unified comments as those around a post from an account call u/thorwayayawn, which starts with the title:

“AITA for telling my wife I don’t want to look at her boudoir photos?”

I tried to give the situation the benefit of the doubt and think that maybe he refused to look at her boudoir photos because he loves her so much and is so into the real thing. But he quickly makes it clear that’s not the issue.

“My wife is two years older than me,” he starts. “She’s 41 now and I think she knows that she’s been aging. Even though she takes reasonably good care of herself, it’s pretty stark how she looks and how everybody else in our group of mid to late thirties people look.”

Wooow. Two whole years older than you, a 39-year-old king?

If she’s taking pretty good care of herself, it’s unlikely that she’s so incredibly different from a woman of 39, 0r 36, or even a few years younger than that. Around that age, lifestyle is more of a predictor of healthy looks than time.

Whatever his wife actually looks like, he says she thinks that he does not find her attractive, which sounds true based on that first paragraph alone. The OP says his wife got boudoir photos taken by a friend at a discount to spice things up:

Yesterday she “surprised” me with the results of them, saying she hopes this “ helps.”I frankly don’t think boudoir photos make her any more or less flattering and a quick glance at them did nothing for me.

She kept trying to get me to take them and I finally put the pictures on the couch behind us and told her to stop being desperate and that there’s other ways to deal with a mid life crisis if that’s what she’s having. To be honest, I hated how desperate she was acting and knew that the pictures don’t do anything for my attraction to her. AITA? 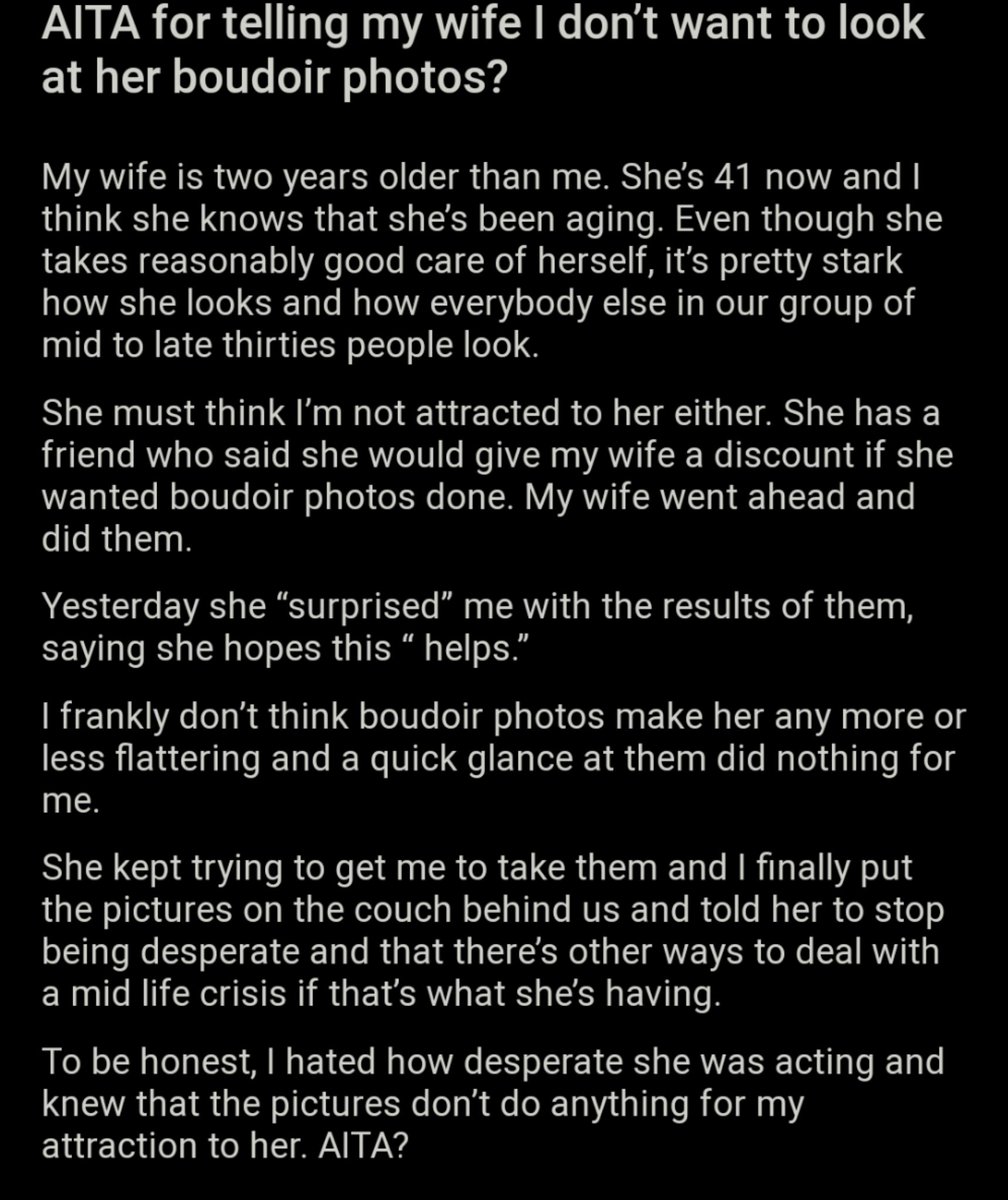 Yes, absolutely, are you kidding? If you sense your wife is feeling unattractive, you don’t reject her attempt to be sexy.

Even if you’re not into the boudoir shots, you should definitely look at them like they’re lighting your fire, then get her a glass of wine and make sweet love all night Do SOMETHING.

But as a lot of people said, it seems his wife isn’t insecure, she is responding to his lack of attraction and contempt for her: 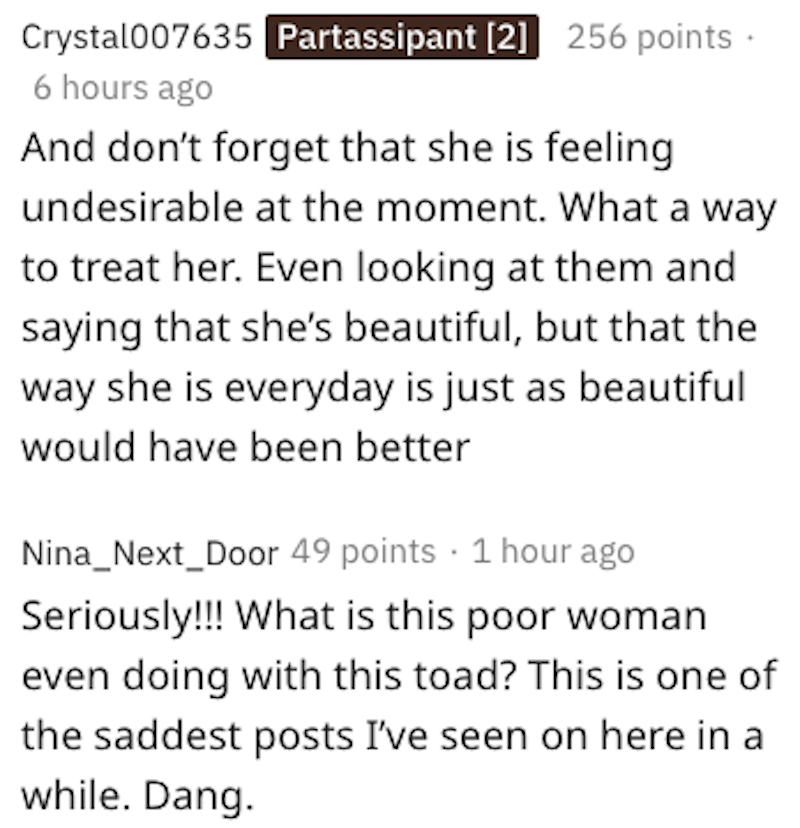 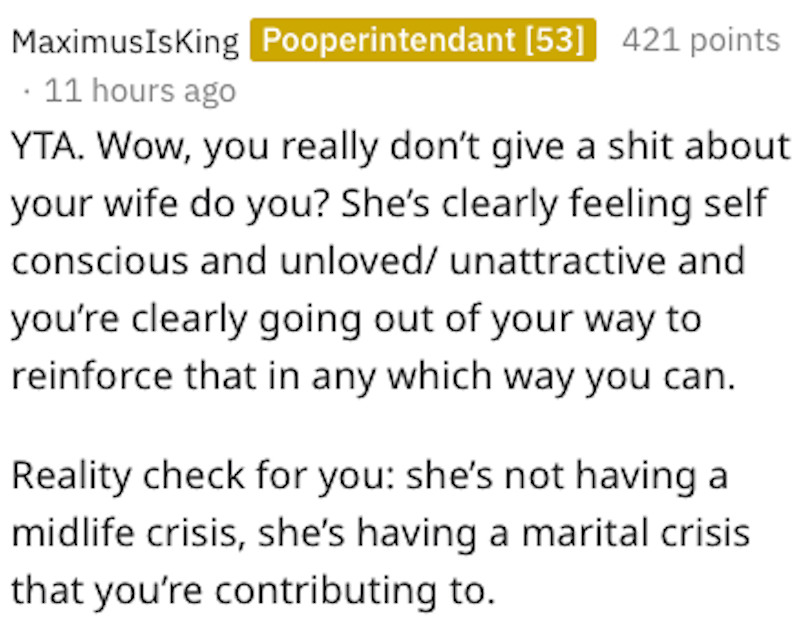 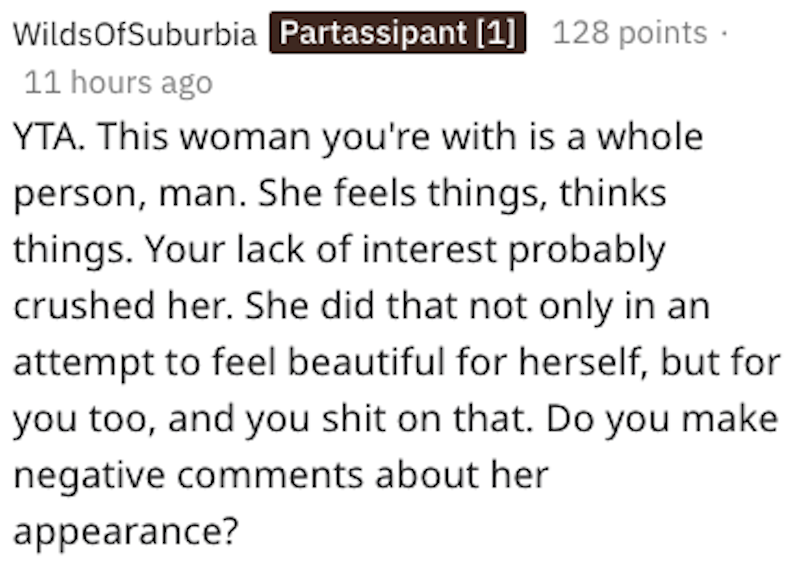 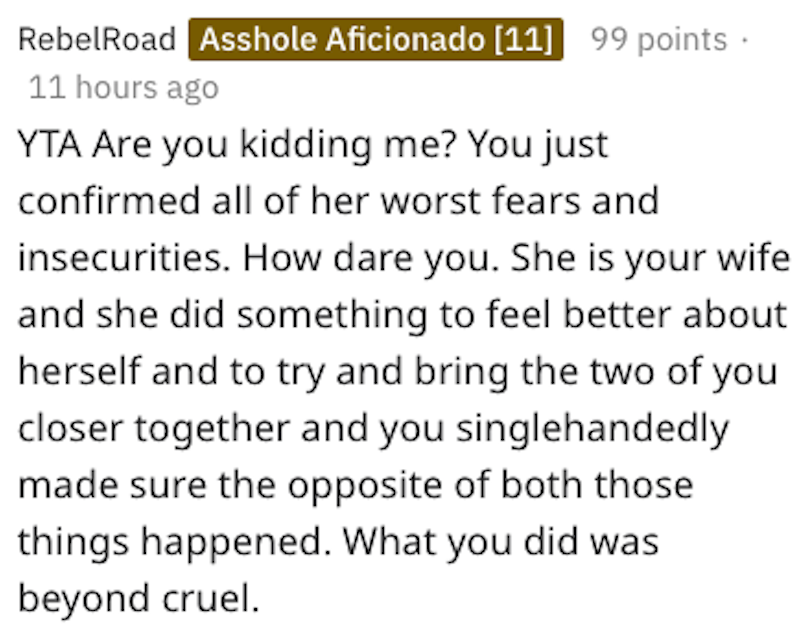 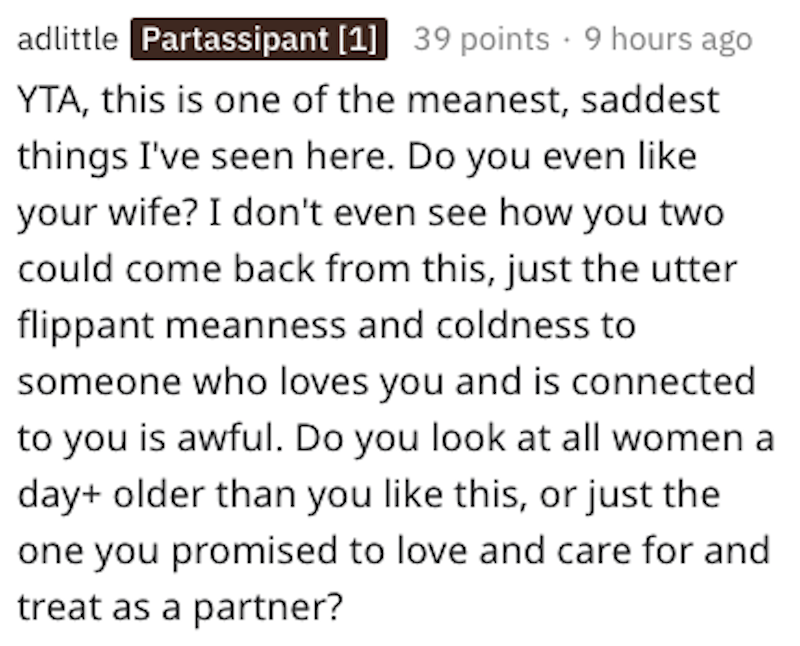 I absolutely hope this whole thing is a troll designed to unite Reddit around hating one imaginary man. If not that, I hope this woman goes and finds someone who will enjoy her sexy body, in photos and in front of them.