Lots of people get tattoos they regret, but not always for any reason they could have anticipated. You might fall out of love with the person whose name you tattoo on your chest or grow out of that tramp stamp phase. But what do you do when everyone keeps completely misinterpreting the image you picked?

A Twitter user named @chaz_robertson_ has suddenly discovered that their tattoo looks like a very famous cartoon character from a certain angle, and it’s too late to make a change. She shared pictures of it and the character, and wrote, “Someone just thought my tattoo was of mike from monsters inc what have i done ahahaha.”

She initially just shared a pic of her tattoo peeking out from her sleeve, and it shows webbed feet and the legs of a stool: 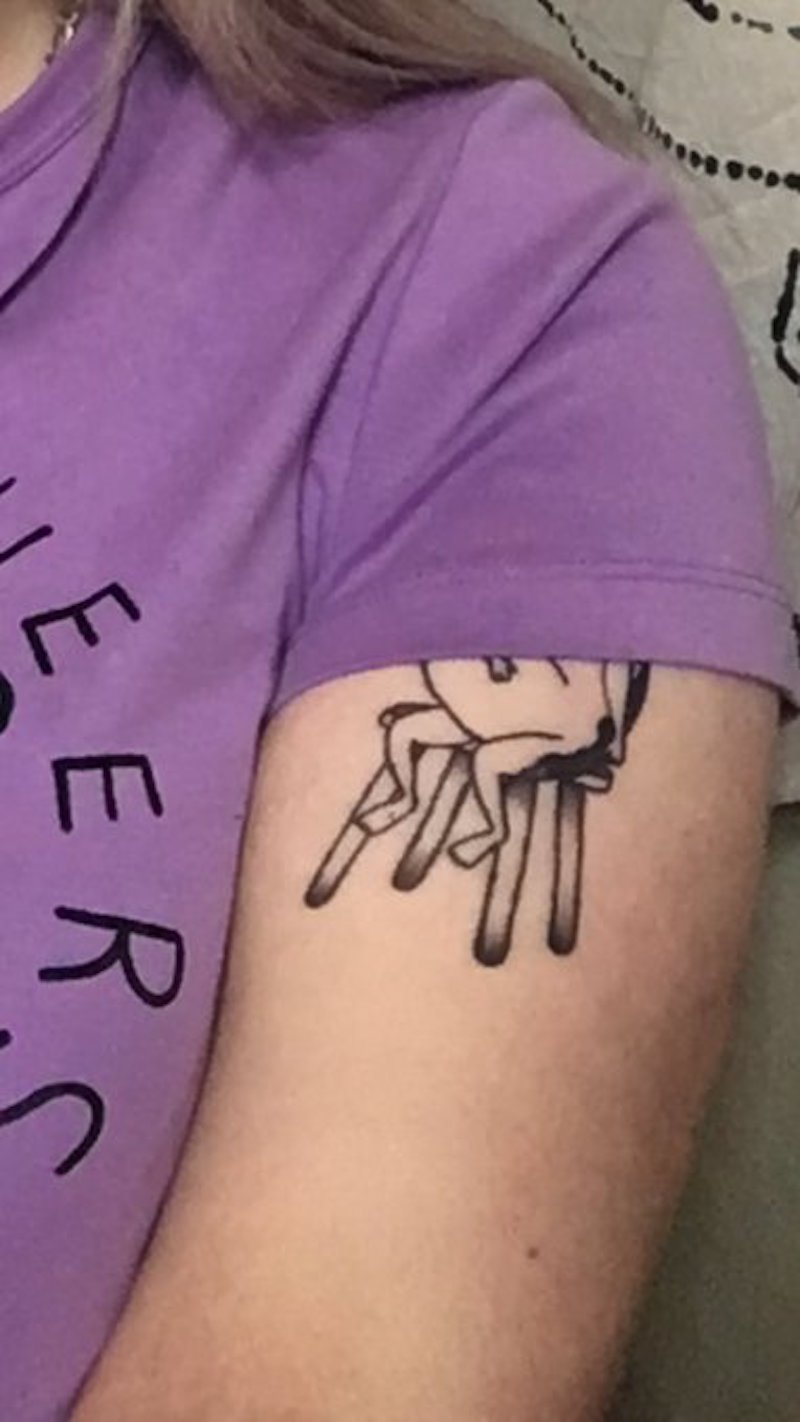 Which admittedly does resemble this little green guy: 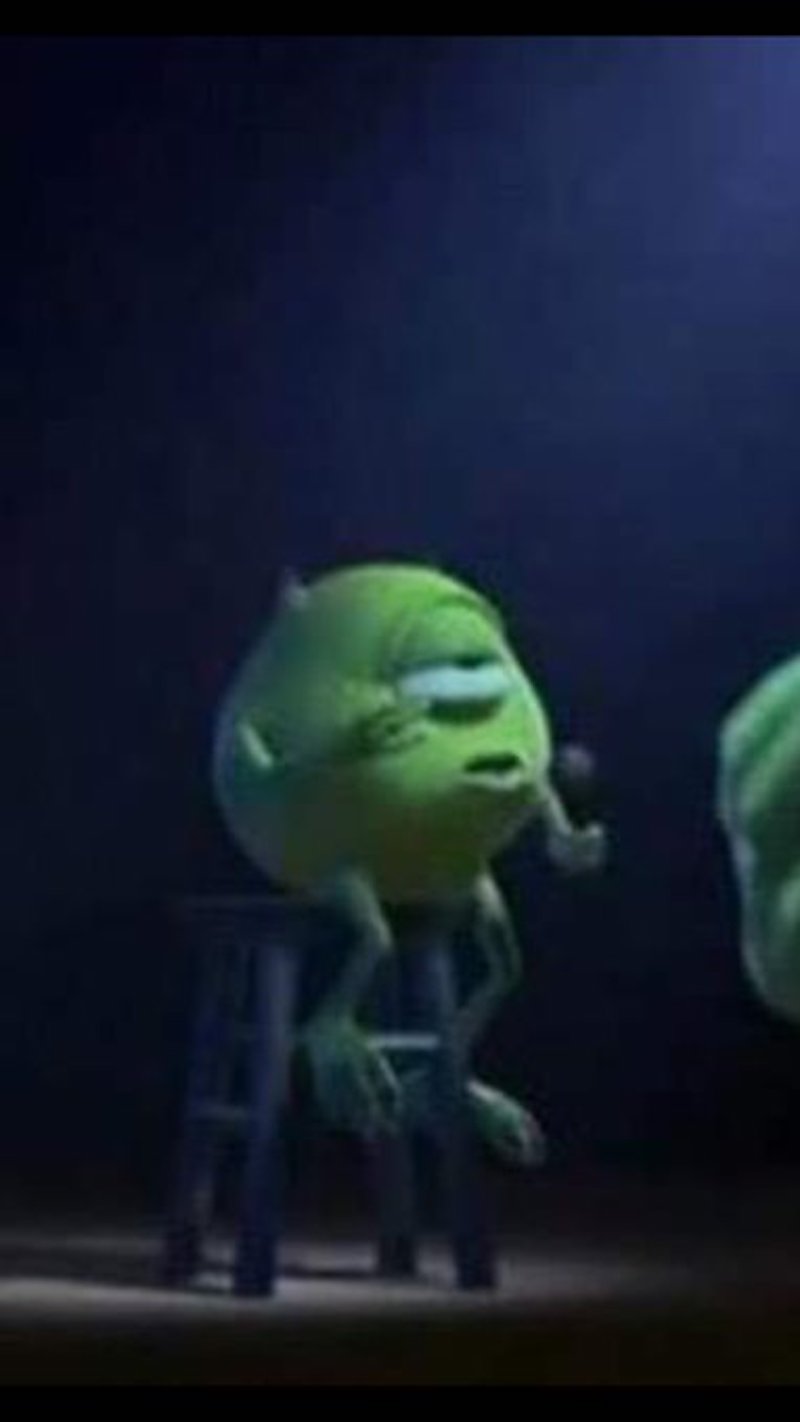 But in a follow-up tweet, she revealed the whole tattoo, and it is indeed a frog. Perhaps Mike’s cousin? 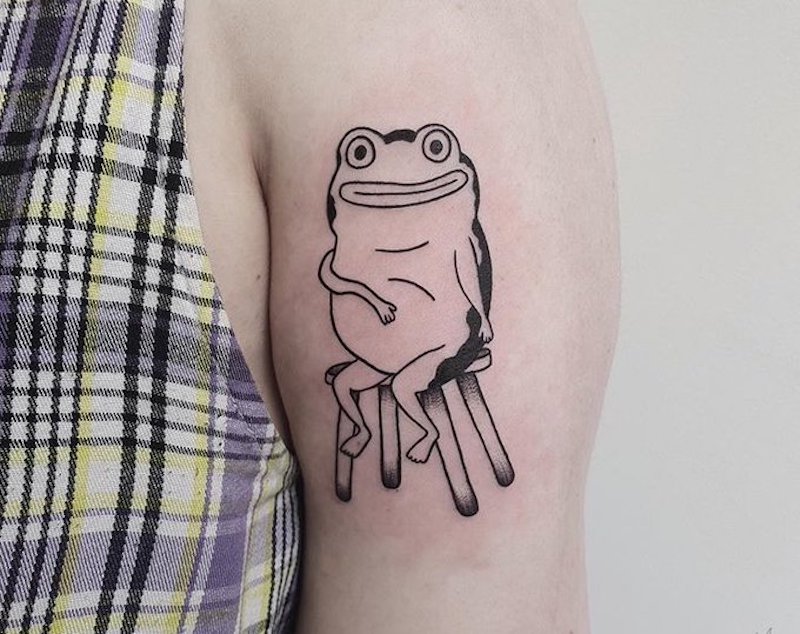 I’m guessing that she is very unhappy with this mix-up, as anyone who isn’t a massive fan of Monsters, Inc. would be. She must now wear tank tops or long sleeves forever, or constantly have to show her bicep to every Mike Wazowski fan out there. There were a fair amount of them in the comments:

plssssss he is a FROGG i hate it here pic.twitter.com/ZdD2z8CFqJ

On the bright side, she’s not alone. A fair number of people have had the exact same issue, with people mistaking their tattoos for the wrong characters or images:

Before I got my Frank tattoo revamped, someone thought it was the ghost monster from the first live action Scooby Doo… I had already planned on getting it fixed but after that I contacted my tattoo artist right away… pic.twitter.com/v4cU0UMQLp

literally everyone thinks the cover of the new wave by against me! is the rorschach pic.twitter.com/nUYX6hVxAF

I’ve been asked if I have a tattoo of nine tails. It’s not often but it’s enough times to be concerning because it definitely only has one tail… pic.twitter.com/5zD44OgraQ

I get asked if I speak Arabic because of this tattoo??? pic.twitter.com/nUSeZN8aHq

My friends mum always asks me why I have the recycling symbol on my leg… pic.twitter.com/IcMbexnR24

Or they just have tattoos that are straight-up illegible, which adds to the confusion:

Somebody asked my if my tattoo says daddy the other day pic.twitter.com/zpqJSe3XnN

If it makes you feel better I have this tattooed on me and no one can tell what it says 🤣 my ex gave it to me while he was tripping balls pic.twitter.com/UrV0BnRNPH

Maybe to be safe in the future, everyone should wear their tattoo where they want it for a while, but in washable ink. That way you get all the comments from strangers that you’re likely to get and can decide which ones you can stand hearing for the rest of your life.