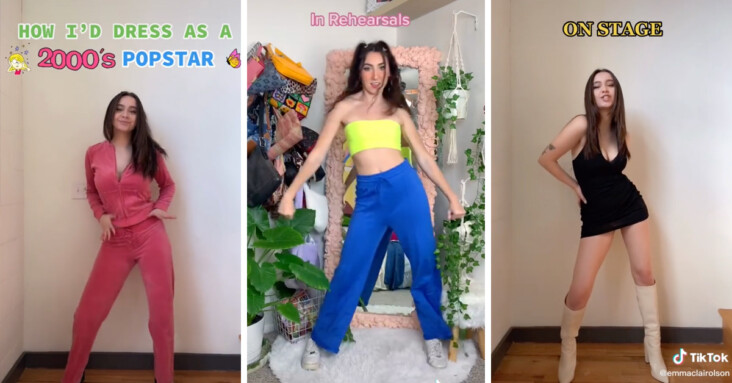 The social media site’s users pair fun audio clips and fashion trends together and the newest fad is the early aughts set to Britney Spears’ Circus.

TikTokers show off what they’d wear to various outings (rehearsal, dodging the press, interacting with fans…) if they were those early aughts pop stars.

TikToker @ageorama launched the trend when she created a sponsored TikTok for Free People.

She wore the brand’s clothes and zipped through her own rendition of what she would wear.

She labeled it Y2K Outfits and captioned it “What I Would Wear If I Were A Pop Star in the 2000s.”

But users hopped onto the trend quickly and it took off.

Users made their own modifications to the original trend with their own spins on the fashion style of the era.

There was the tiny vest, a shearling coat and flip-flop wedges, and a baguette bag. The looks of a bygone era of excess and lots of glitter!