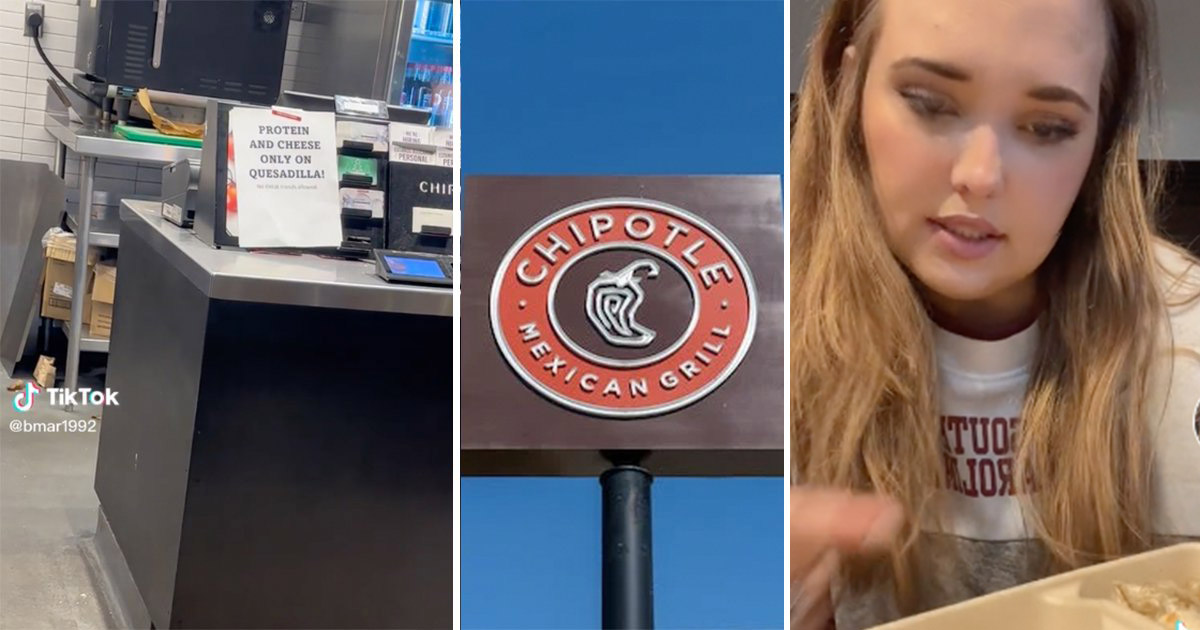 Recently, a TikTok trend introduced a hack for creating something similar to a Philly cheesesteak quesadilla by ordering specific items at Chipotle. The popular hack sent viewers everywhere to their nearest Chipotle to order the “secret menu item.”

TikTok creator Shinelle (@shinelle_5) shared her hack in a video that garnered over 235,000 views

Despite its popularity, however, the popular food franchise has begun to put up signs asking customers not to order extra items. “No TikTok trends allowed.” It says at the bottom.

A video of a TikTok user, Alexis (@), trying the Philly cheesesteak quesadilla puts into perspective just how tasty this new menu hack may be. Videos such as hers have surfaced all over TikTok.

It’s a wonder why Chipotle would attempt to shut down this new money-making method of business, which some commenters pointed out. One of the tasting videos, posted by Alexis can be seen below:

Viewers of Alexis’s video shared how their Chipotles weren’t allowing them to order the quesadilla the way they wanted. Others said they had managed to snag one.

A recent TikTok exposed what others had been warning of. In the video posted by Brianna (bmar1992), revealed a sign that was posted on the Chipotle ordering counter stating, “Protein and cheese only on quesadilla!” On the bottom of the sign it read “No TikTok trends allowed.”

The video had viewers upset that the establishment was denying customers the right to order their meal as they wanted it. Additionally, they rightfully wondered why Chipotle was refusing free business and the extra money from add-on items. In the caption of her video, Brianna wrote “Chipotle is being a Debbie downer.”

The popular video about the quesadilla hack with the ‘Debbie downer” sign gained over 1.5 million views.

Viewers of the depressing video shared their thoughts on the sign. Some discussed their viewpoints on Chipotle enforcing such bad customer service, while others suggested going to similar restaurants that would make what the customer asked.