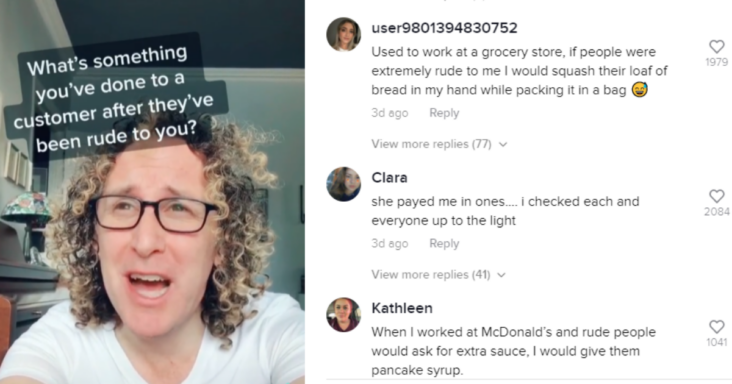 If you’ve ever worked in a customer-facing role, you have absolutely seen the worst of humanity. Hell hath no fury like a Karen who did not receive her overpriced natural deodorant on time.

For real, people are like this. And you know who knows best? Everyone in the service industry. Bartenders, flight attendants, Apple geniuses, all of them.

TikTok user Darron Cardosa knows what the service industry life is like and wanted to hear from other people about a time when they got back at a customer.

Stitch me your answers for this one. #petty #passiveaggressive #waiterproblems #serverlife

Cardosa says that sometimes when a rude customer asks for butter, he gives them cold butter because he knows it will rip up their bread.

This person recalled a bar they worked at that eschewed the “customer is always right” mentality.

While this person gave away a table another group wanted because they refused to make a reservation for it.

And this vet added a little sass to this customer’s bill.

#stitch with @officialtbw Where are my vet people at?! #tiktokvet

People also went to the comments section to share their favorite petty tricks. 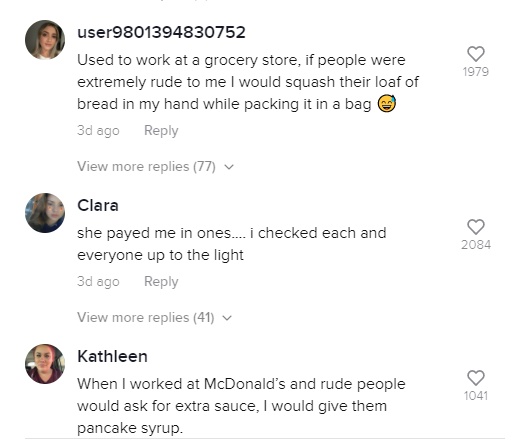 And what we’re learning is that it never pays to be rude. 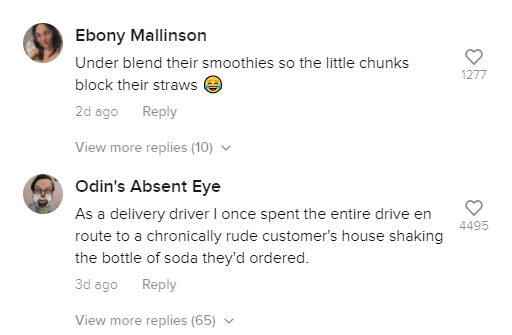 Shortly after the video went viral, Cardosa followed it up by asking servers the rudest thing a customer has ever said to them.

Cardosa recalls a time when a customer wasn’t paying attention. One of their friends spoke up and said “Hey, hey! The waiter’s taking your order. Pay attention to him!”

The friend followed it up with “It’s probably the only thing he’s able to do in his whole life anyway.”

You know that turn of phrase “You can tell everything you need to know about someone based on how they treat service workers”? There’s a reason it’s common.

People jumped into the comments to share their own experiences with rude customers. 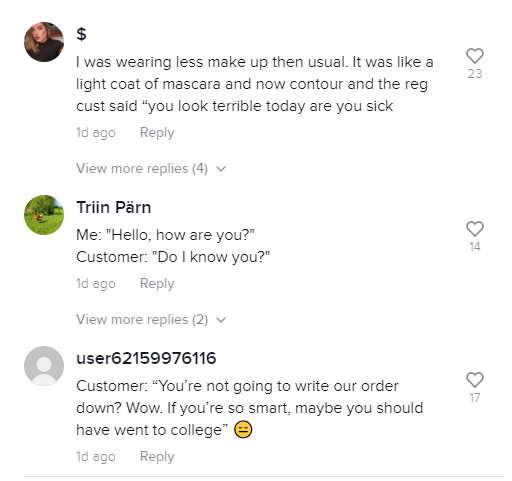 Anyway, if you’ve ever said something like this to another human, you’re not a good person!!