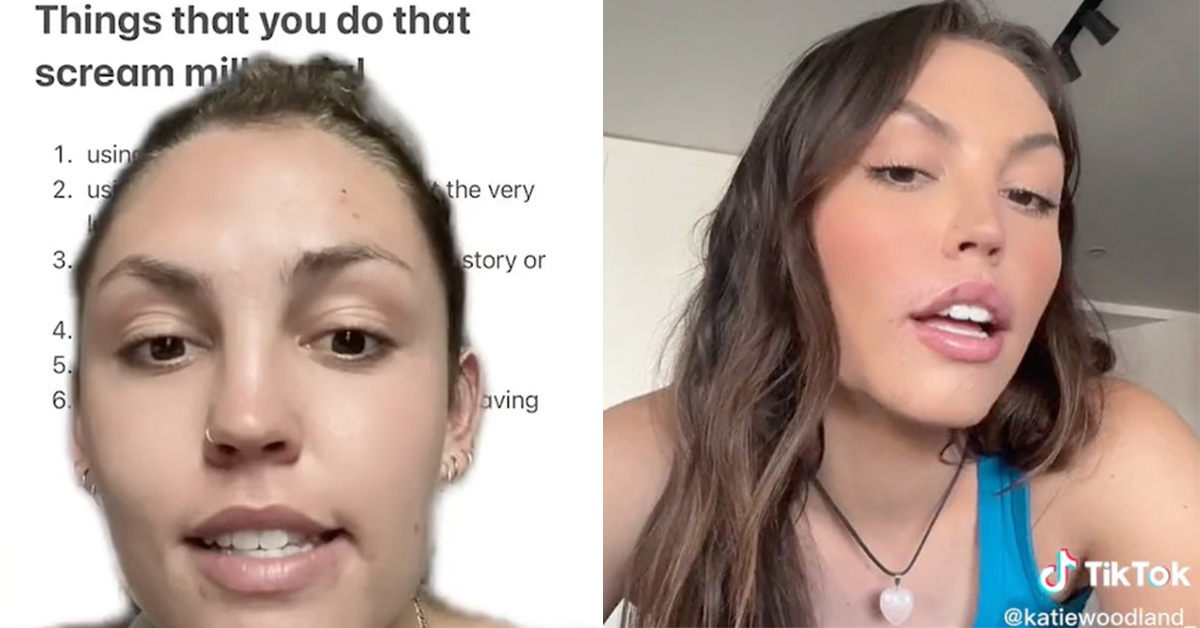 A list of things Millennials do on social media, meant to be humorous, recently gained popularity after being shared by singer-songwriter Katie Woodland, known as @junebugband, on TikTok.

In the video, Katie Woodland stated that she had been advised by the generation following Millennials, known as Gen Z, born between the late 1990s to early 2010s, to stop using these things on social media because they are considered to indicate that someone is a Millennial and not Gen Z. She mentioned that it doesn’t sound like it’s a bad thing.

The list, which is quite humorous, includes items that Gen Zers consider as “outdated” emojis to even the font used on Instagram stories. 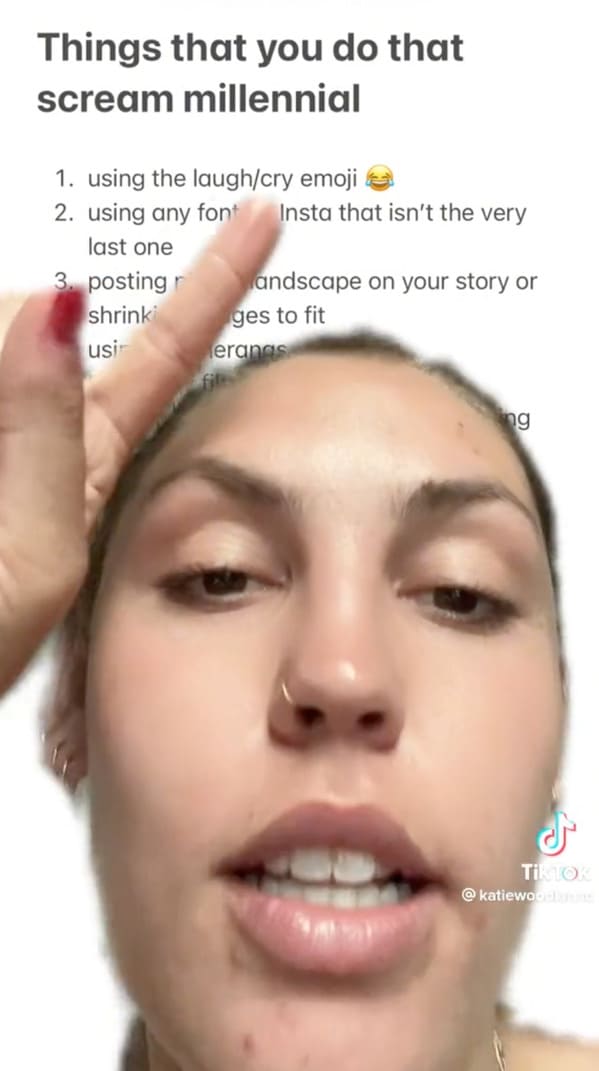 The list states that the laugh-crying emoji is considered outdated by the younger generation, who prefer the skull emoji (specifically “the skull face, not with the crossbones”). However, the reason for this preference is not provided. 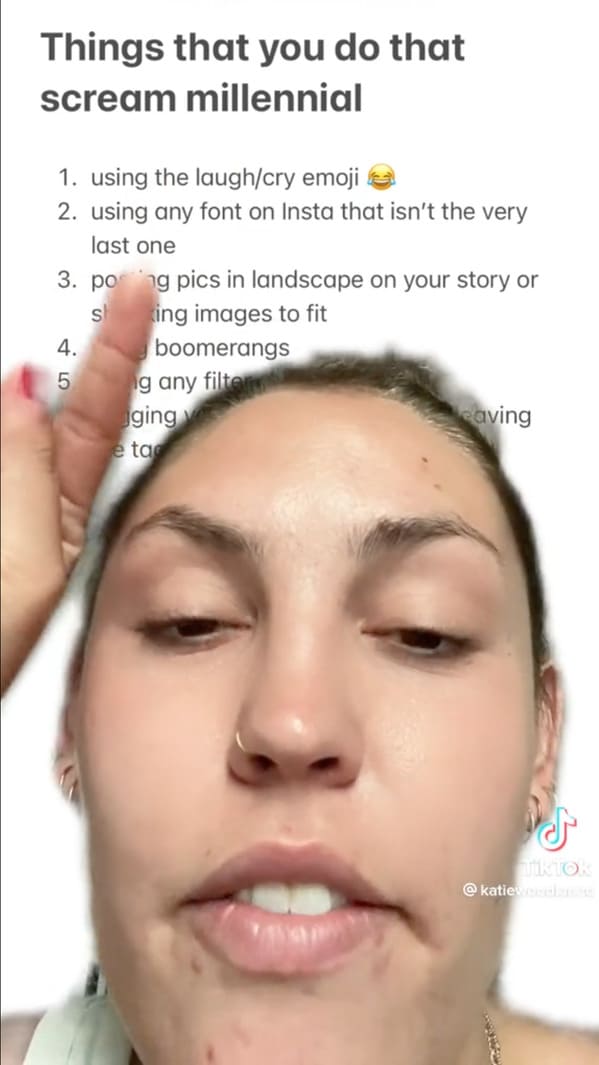 “It represents ‘dead,’ like dead from something being so funny,” the TikToker said. 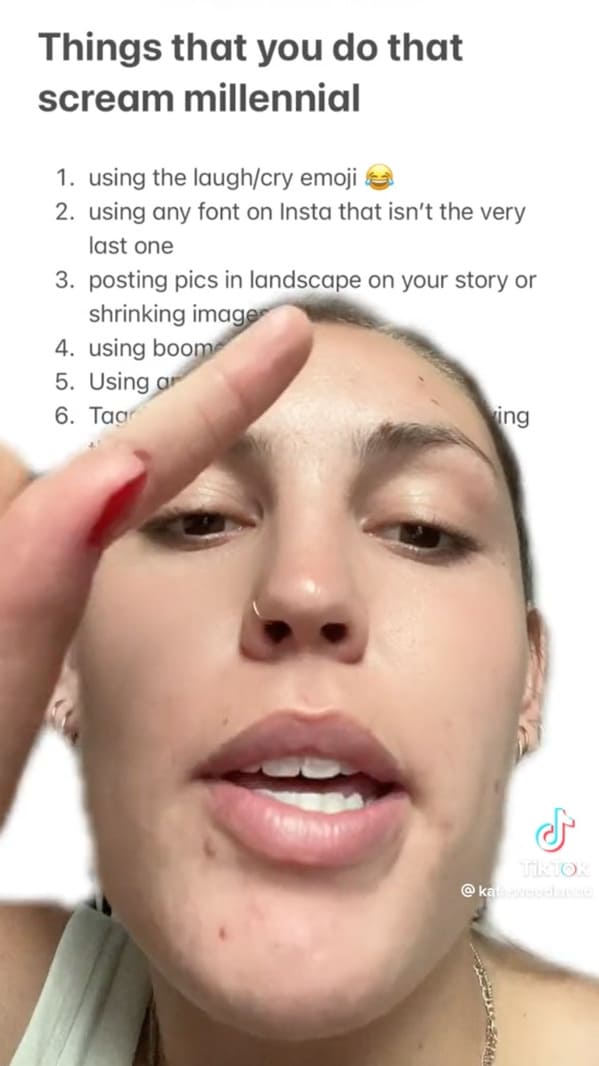 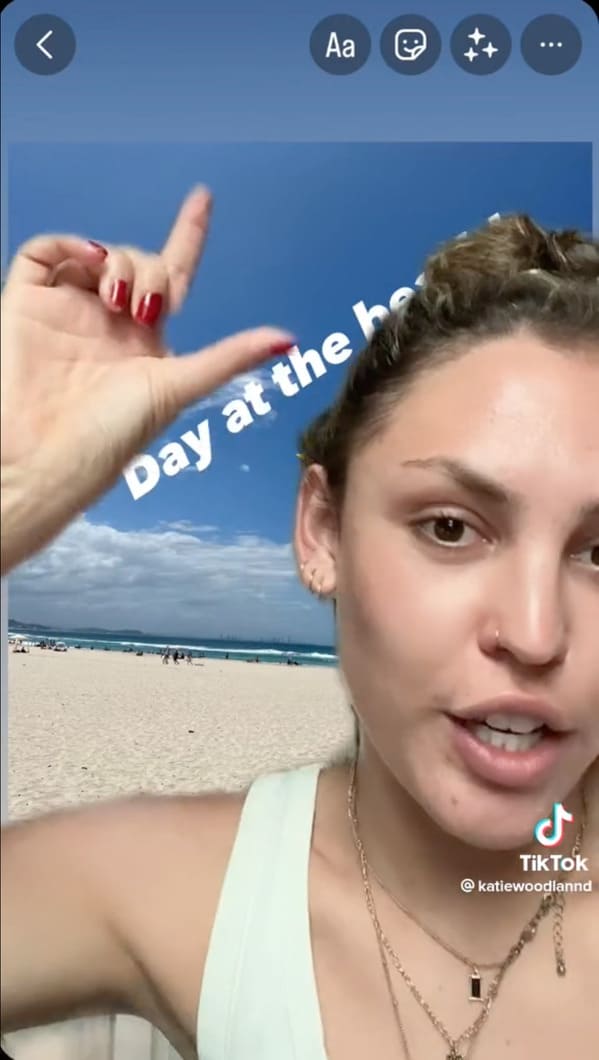 According to Katie Woodland, the younger generation consider “every font on Instagram” as unacceptable when posting on stories, except for the last one.

She also mentioned that Boomerangs, which are videos that loop backward and forward, are also out of fashion. 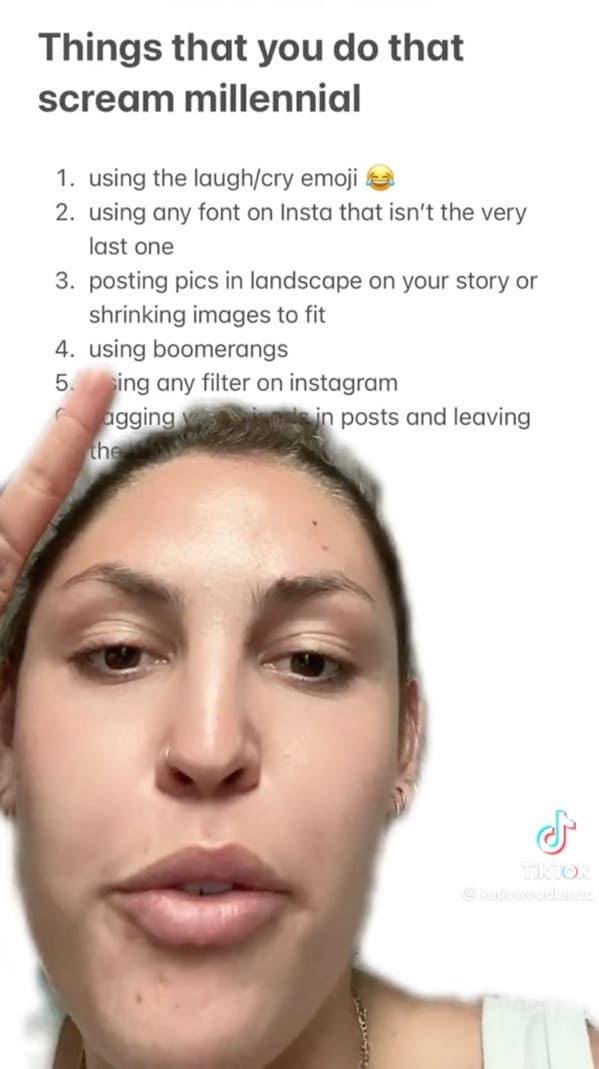 She added, “Using Boomerangs used to be so cool. When I was 16 and 17, it was Boomerang central. But who knows, it might come full circle; they might come back into fashion.” 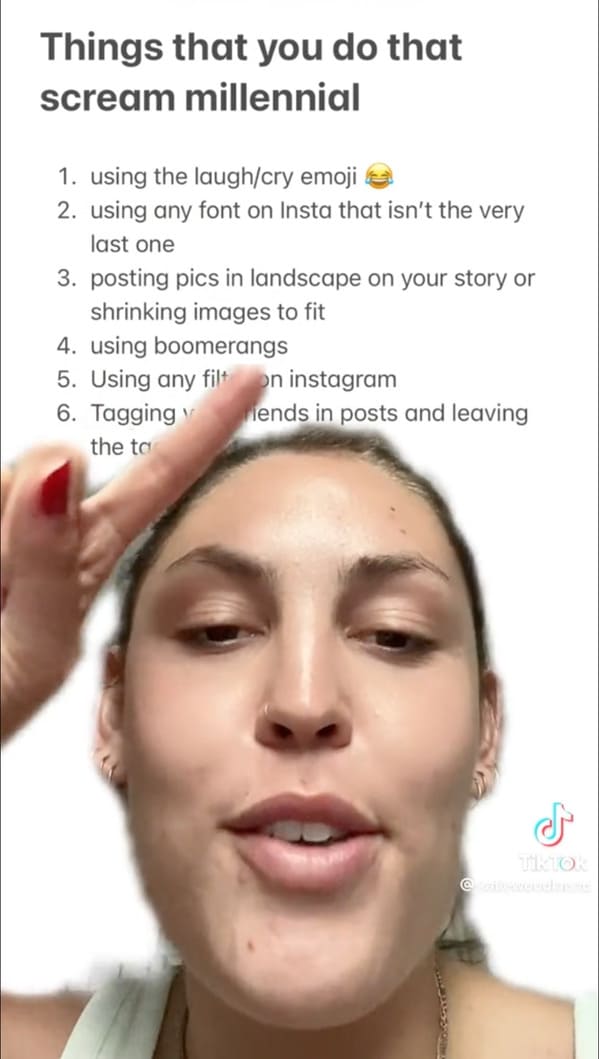 Additional items on the list include using landscape-oriented photos in stories, tagging others visibly on posts, and using specific filters. 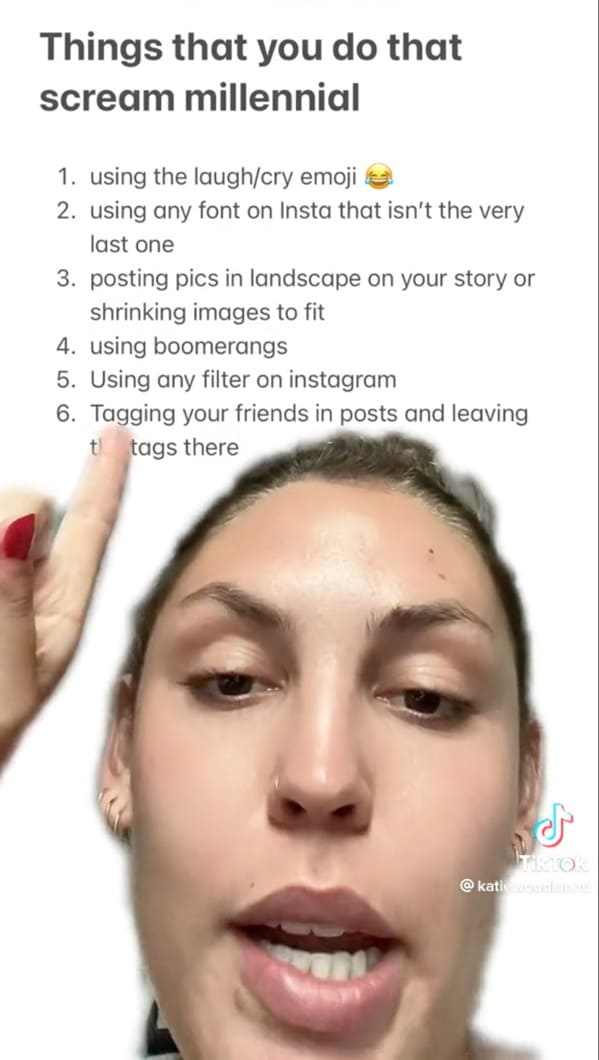 Many Millennials responded to the video by defending their usage of social media.

Katie, also a Millennial, said, “I had a few people reach out and say they found the video helpful. Others didn’t care for it so much. But I just make funny content to be relatable and helpful. It’s not serious. It was meant to be satire. It’s just a bit of fun.”