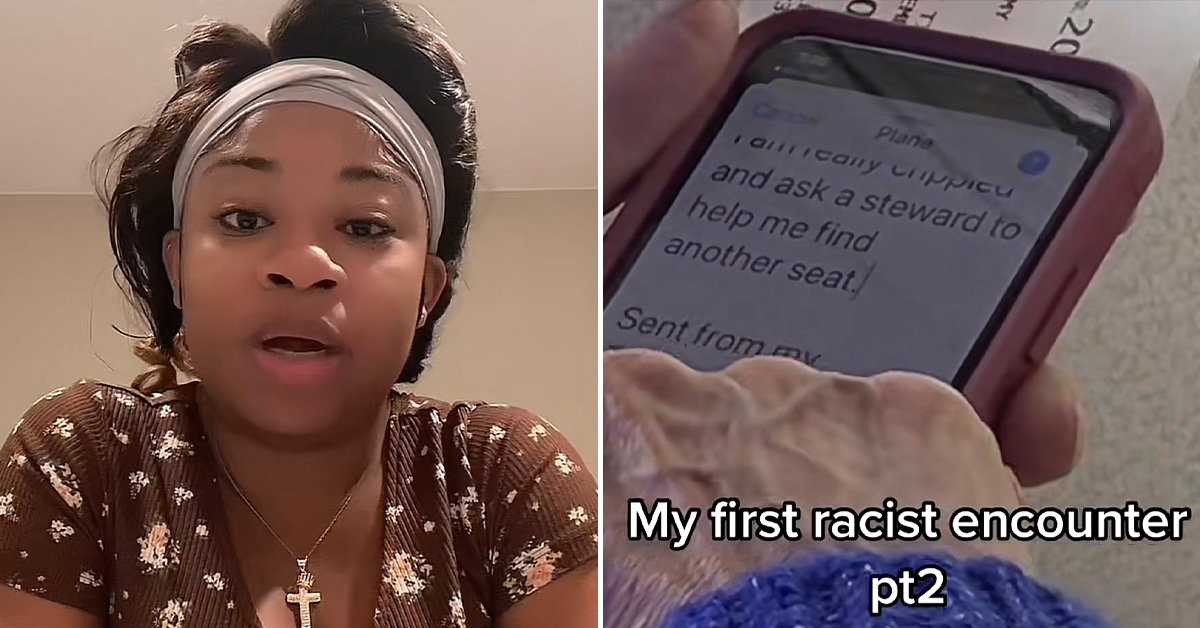 A TikTok user’s videos of her alleged “first racist encounter” with an older woman on a plane gained widespread attention for both the bizarre nature of the encounter and the audacity of the woman involved. 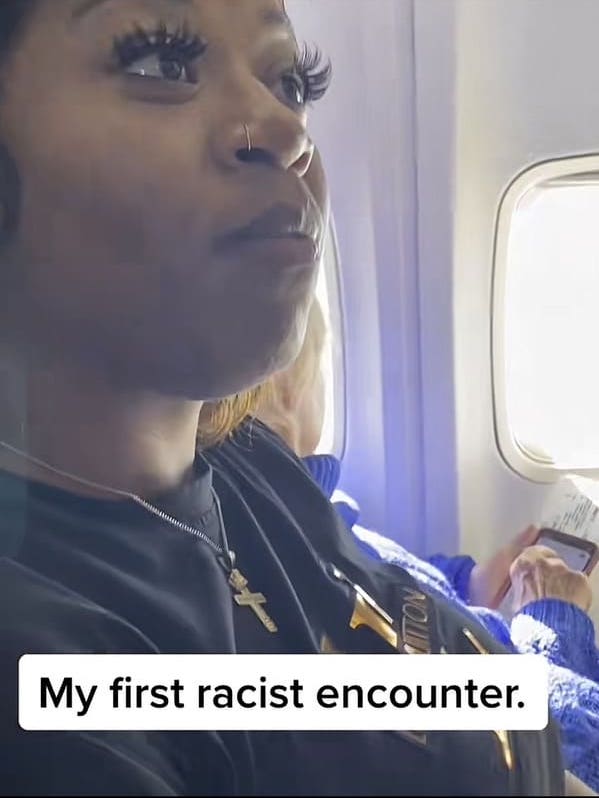 According to @mizz_crizzy, an older white woman was already sitting in the window seat when she and her sister sat down in the same row.

After an initial greeting, there was no further interaction between the woman and @mizz_crizzy and her sister until a flight attendant asked the woman to store her bag under her seat for takeoff.

The woman claimed she couldn’t hear the flight attendant’s instruction, so @mizz_crizzy gestured towards the seat and repeated the request.

“She even thanked me for telling her, and I say, okay, you know, thought she was a nice old lady,” she recalled. “Yeah, right.”

This is how the video ends.

Soon after, @mizz_crizzy noticed the woman was composing an email on her phone, and she could see the entire message. 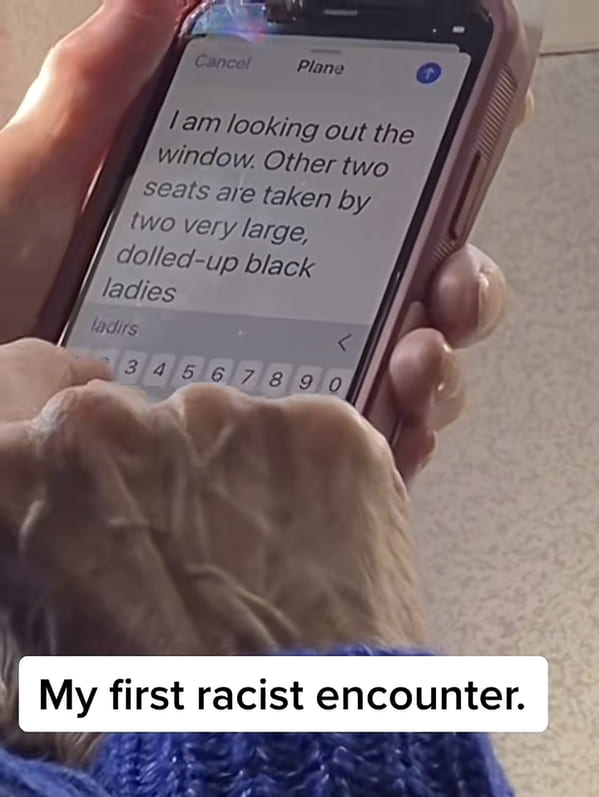 “I am looking out the window. Other two seats are taken by two very large dolled-up black ladies, one of whom is extremely hostile. I am being very pleasant just to annoy her,” she typed in a font so large it could be seen from the aisle seat. 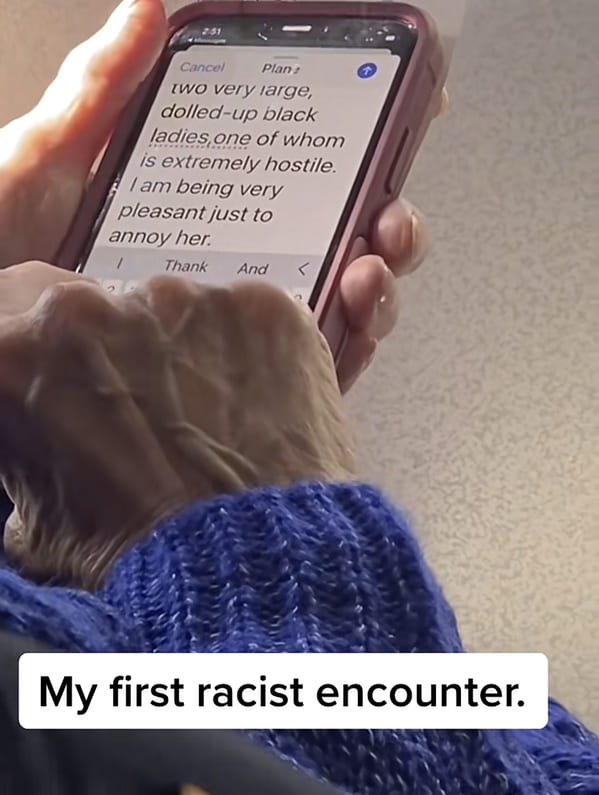 The woman continued to write that she will “pretend I am really crippled” and request a different seat. 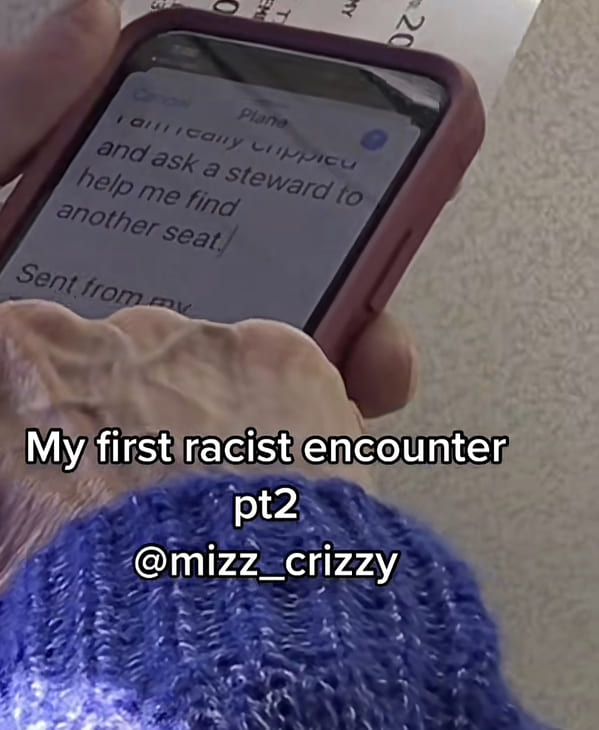 Her email also included a comment about @mizz_crizzy being larger than “Serena Williams” in size.

In her video discussing the incident, @mizz_crizzy explained that she initially passed her phone to her sister, who was sitting in the aisle seat, so that she could read the woman’s email.

Her sister recorded the woman typing the offensive message for over ten minutes, while both women made comments about it, but the older passenger appeared to be unaware that she was being recorded or that her message was heard by others.

The fact that the woman not only composed an openly racist email about two unknown individuals in full view of them, without any regard for their presence, proved too much for the internet to handle.

Just because we have the ability to instantly share our thoughts with others through technology, it doesn’t mean we should. However, if this woman wants to spend her later years typing out trivial complaints at a slow pace, she’s reached a much wider audience than she intended.

The video even made its way over to Twitter.

That 100 pt font gonna get these racist boomers everytime. pic.twitter.com/wYTbv7Ip3r 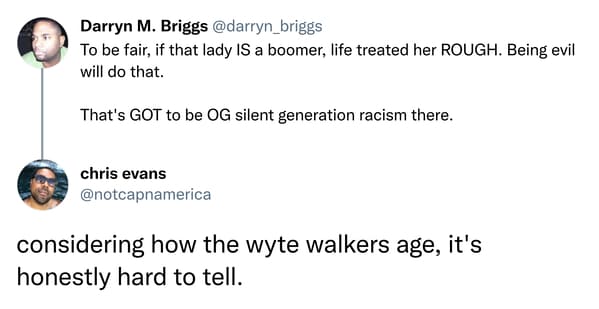 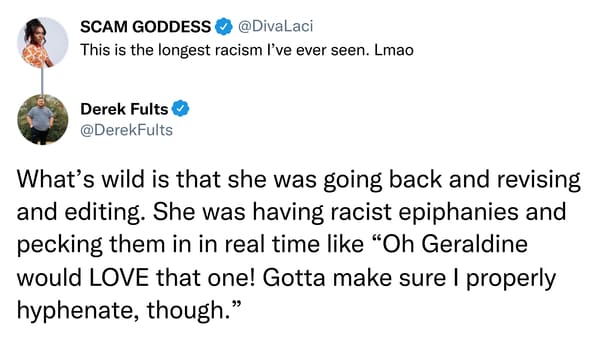 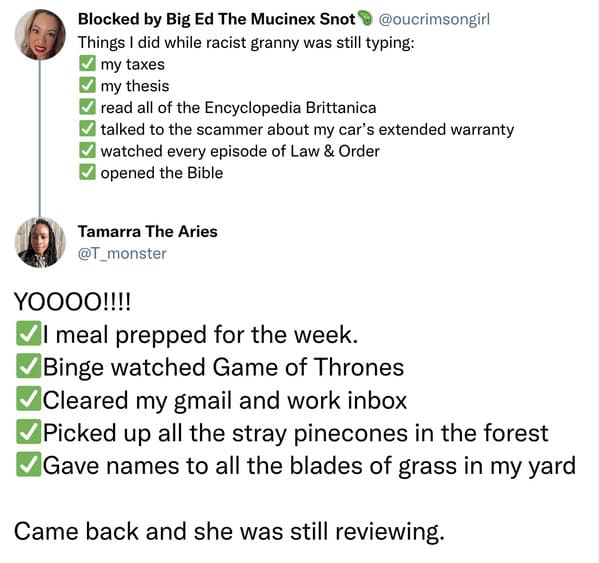