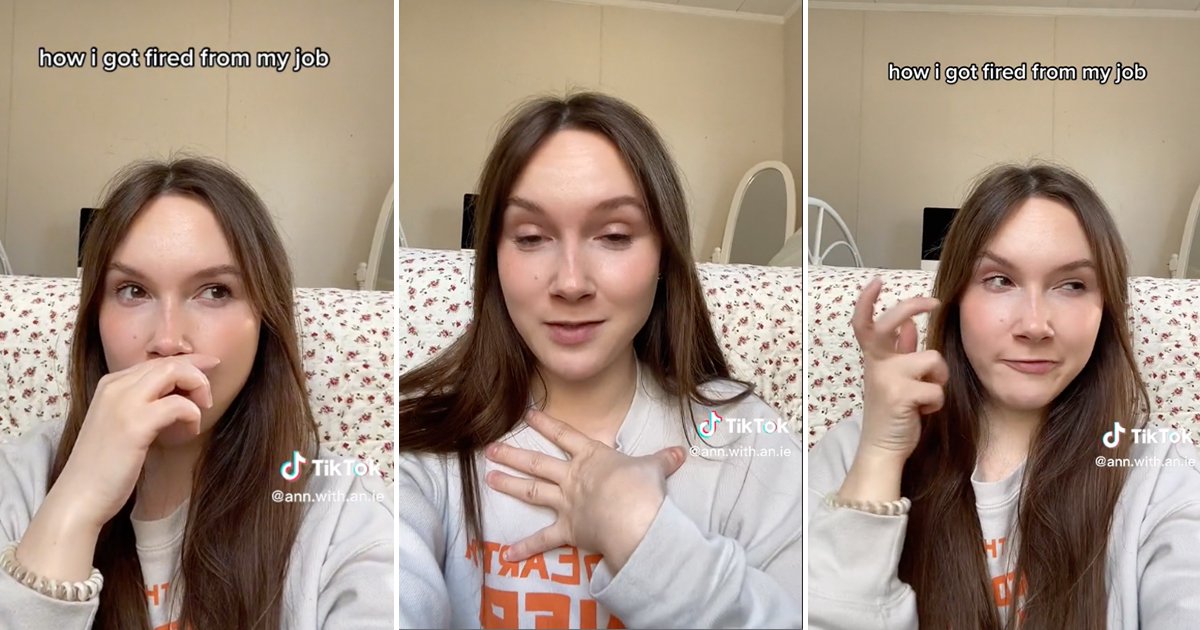 A server’s story on how she got fired served as a good reminder to not trust everything your manager suggests. In her two-part explanation of her termination, TikTok user Annie (ann.with.an.ie) discussed how she had been trained and encouraged to use military discounts on non-military tickets for a chance at increased tips.

In part one of her two-part series, Annie explained how she had been at her job for four years when everything went down.

Annie began her story by explaining the entrance of new managers at her job, one of which was the culprit who ultimately got her fired.

“We had gotten a couple of new managers, but this one manager in particular, um, she was very chill and we all had, like, a personal relationship with her outside of work.”

Annie discussed how she and her work best friend hadn’t been making the tips they were hoping for given that it was the midst of their “slow season.” At this point, their “chill” manager insisted that they “use her manager card to give tickets a military discount, even though they weren’t military people.”

Annie explained how using this method usually resulted in her and her co-worker receiving a few extra dollars in tips, but nothing too serious. She said that over time, the manager went from swiping her card for them, to just flat-out giving the two her ID number so that they could carry out the discounts.

The former server insisted that she “did not take advantage of this,” and “would do this maybe once every couple of days to once a week.” One day however, Annie made the mistake of using her manager’s code when she wasn’t at work. Not too long after, the higher-up managers made an appearance at her place of business, stating that they had noticed the use of the discount and “bad things [were] gonna happen.”

“How I got fired from my job”- In part 1 of her explanation, Annie discussed how her manager had trained her to use military discounts to increase her tips, leading to her unexpected firing.

Annie claims that she was a really good employee while working at her job and at times, was even one of the head trainers. She made a comment on her disappointment in herself for trusting the “chill” manager so much. She had led herself to believe that since the manager said it was okay, it wasn’t going to be an issue. Unfortunately, that’s not how things panned out.

Shaking with nerves, Annie was summoned into a banquet room of sorts for a meeting with her regional manager. She alleged that she already knew what was coming when she went into the conversation. With all of Annie’s false discount receipts in front of the regional manager and herself, he began his accusations towards her. He told Annie, “I could embarrass you and go tell everybody what you did, but because you’ve been here so long, I’m going to be nice and I’m just going to fire you.”

In part 2 of her explanation, Annie told viewers she would never do the discount again if it meant keeping her job.

If you added up all the tips she had made from utilizing the military discount, it summed up to less than $100. Over the course of four years, this really wasn’t that big of a deal, but the server was terminated for alleged “theft and fraud” anyways. Annie claimed that she was being used as a sort of scapegoat to warn other employees of what could happen if they followed suit.

The TikToker mentioned that the manager who had trained her to commit the act was also fired. She also mentioned that during the meeting, the regional manager asked who else was involved, but Annie refused to name any of her co-workers.

“That friend who I didn’t rat out, I should have ratted her out. Because, she still works there and we are not friends anymore and I cannot believe I took a bullet for her,” the former server noted. “I learned my lesson for sure,” she concluded.

In the comment section of her video, Annie received a lot of support and advice from her viewers who know what it’s like to be taken advantage of at their jobs.