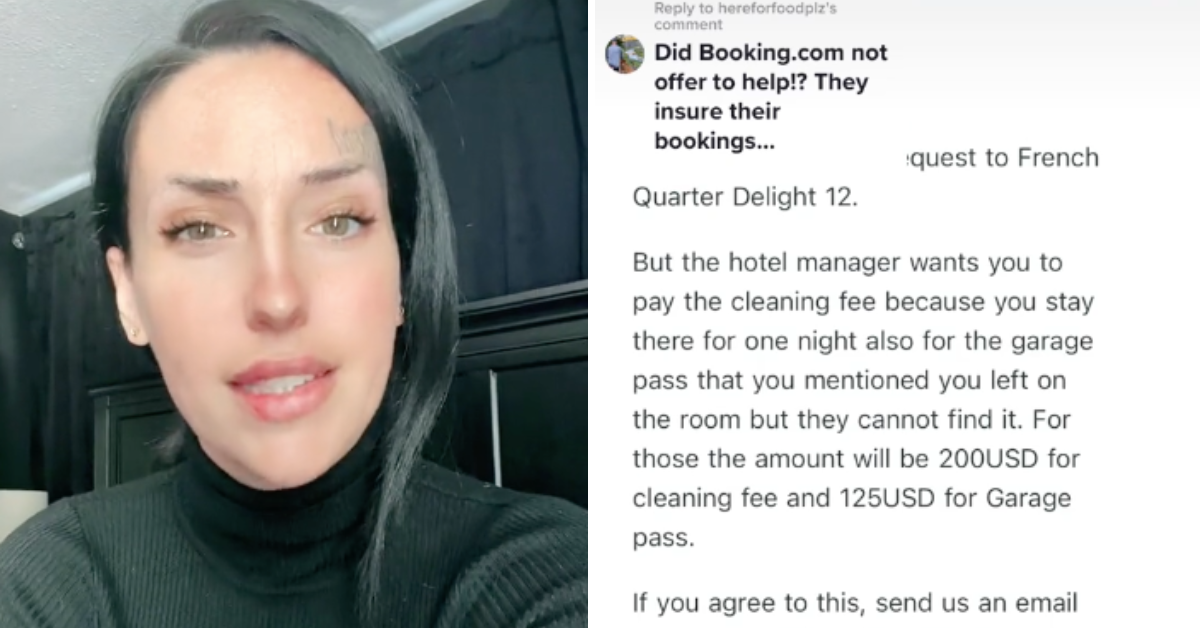 A TikToker recently shared an experience she had staying at a VRBO rental — saying it was a “nightmare.

The woman, Dame Jameson (@thedamejameson), says she recently got back from a trip to New Orleans trip that she booked with Booking.com through a VRBO advertisement.

She was under the impression that the rental would be a “beautiful” three-bedroom, two-bathroom apartment with a view. Oh, and free, on-site parking.

However, when Jameson and her companions arrived, the owner told her there was a $75 parking fee. So Jameson paid, even though she was confused.

The next morning, Jameson work up at 6am to hear water in the kitchen. She says there was water all over the place trickling from leaks in the ceiling. She included a picture in her video. Jameson called the owner who said allegedly that maintenance would be there at 7am. By 7:10, the water from the ceiling was “raining” down and no maintenance.

Then the electricity had to be cut due to the water. The owner showed up at 9:00 and said he would have to move Jameson and her companions to another unit. He took them to a next door building that had signs saying “No Airbnb short-term rentals.” Jameson said she felt nervous.

She says that the owner took her upstairs and that the carpets were all messed up and ripped and that everything smelled like cat piss.

“It was just kind of gross,” she says in the video.

The owner told them the new unit would be more expensive even though it was a two-bedroom unit and not three. When Jameson asked to see the listing for this unit, he told her that it was not listed. He became aggressive when she tried to negotiate pricing. She then said they could sort it out later as to avoid a conflict.

Jameson decided to get out of there. She and her companions checked into a Royalton. She called Booking.com to alert them of the situation. Booking.com told her that the owner was not going to discount the first night. If they wanted a refund, he said, they would have to pay a $200 cleaning fee for the first unit and $150 for the parking pass.

Jameson added that the owner was blowing up her phone with voicemails and “threatening” texts.