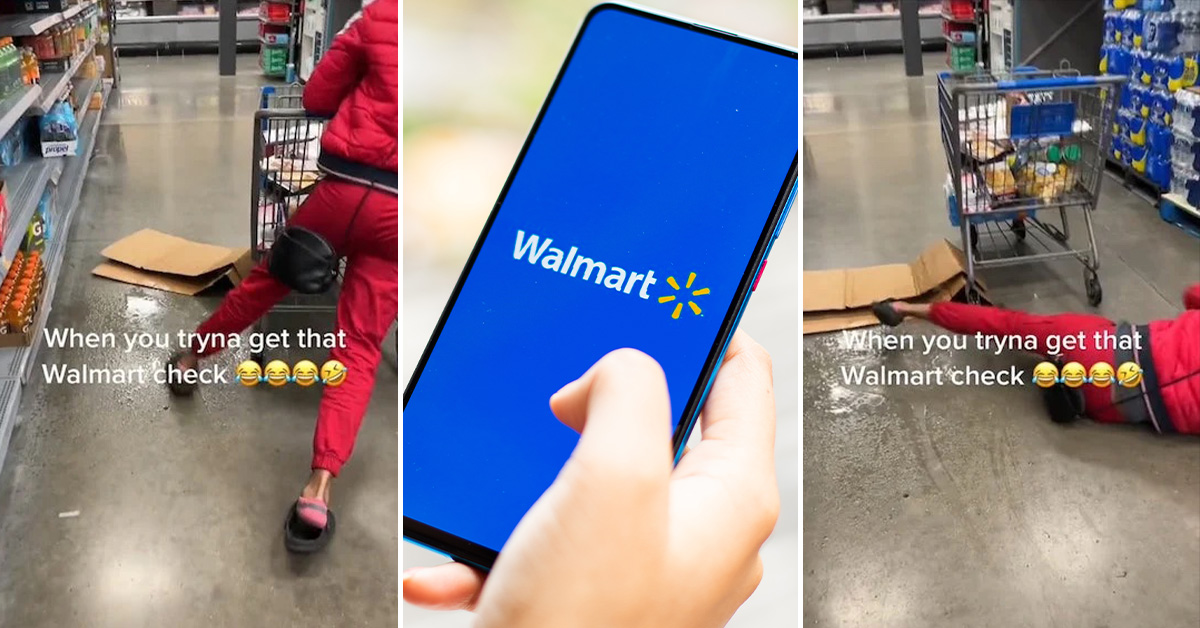 A “slip and fall” accident is a common scam people have tried where the “victim” pretends they slipped and fell by mistake, resulting in a lawsuit against the store they were in.

The Pearce Law Firm explains this in further detail on its website.

A common scheme in a grocery store, for example, is to throw a few grapes, or slippery foods onto the floor. When no one is looking, the fraudster will feign a fall that results in injury. Another similar scheme is executed with one person walking down a grocery store aisle and pouring liquid on the floor. Then, he or she will pretend to slip and become injured. The accomplice will then act as a witness to the accident.

While it may sound easy to get away with as it’s tough to differentiate between a real or fake slip-and-fall accident, an alleged former Walmart employee has revealed how the store determined genuine slip-and-fall claims from fake ones.

TikToker LJ shared a video on his page explaining how the store comes to its conclusion in such cases.

LJ claims, “what they’re gonna do is go on the camera and see if you noticed the puddle before you fell.” He then continues, explaining that to pull off a successful slip-and-fall claim, you’ll want to avoid looking at the spill.

This type of fraud is common according to the Peace Law Firm. Citing data from the National Insurance Crime Bureau, “over two thousand questionable slip and fall claims every year.”

However, there are many genuine claims as well. As explained in the same article, “Slips and falls are the number one cause of accidental injury, resulting in 20.8 percent of all emergency room visits according to the National Floor Safety Institute.”

One important thing to note after all of this is that slip-and-fall fraud is illegal. If proven to be false, “you could be charged with a felony, and may face stiff fines, plus a prison term of up to 10 or more years,” Keith Kofsky, Esq says.

Here’s What Viewers Are Saying About The Video