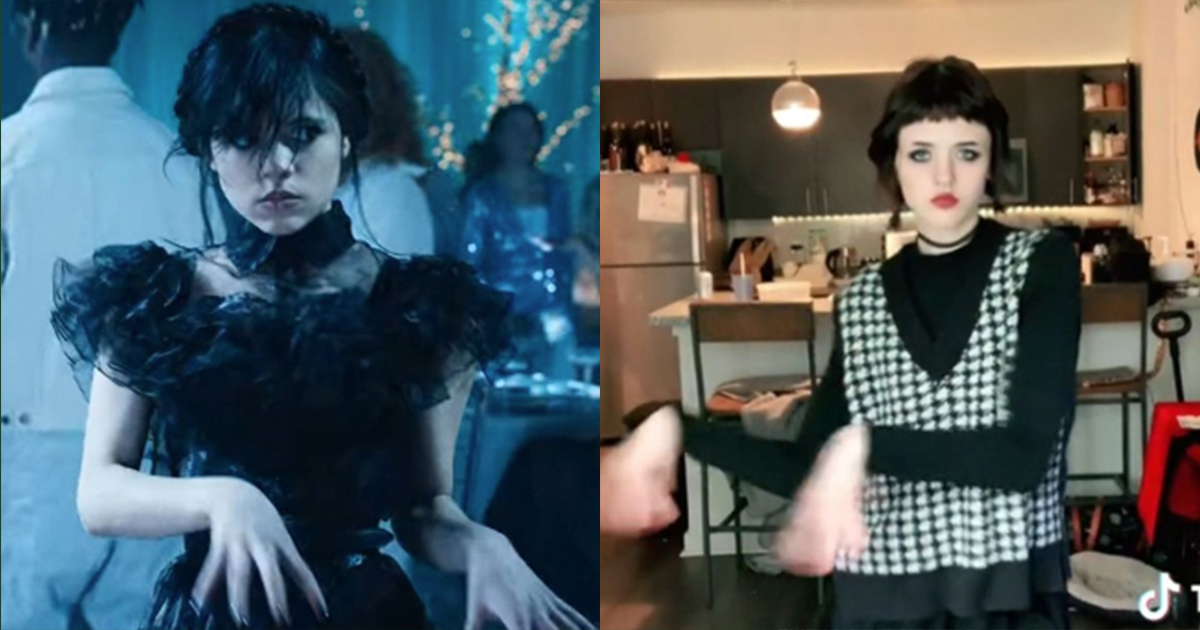 Netflix has done it again with another hit series premiere. This time, the youngest daughter and fan-favorite character of the classic Addam’s Family gang, Wednesday Addams is in the spotlight. The show, titled after its protagonist, “Wednesday” has been ranked as the highest viewed Netflix original series, trumping Stranger Things 4.

The series follows Wednesday’s journey (Jenna Ortega) after she is sent to a boarding school designed for outcasts such as vampires, werewolves, sirens, gorgons, etc… While at the school, called Nevermore, she is haunted, hunted, and hounded- all of her favorite things.

About mid-way through the season, a scene where Wednesday is at her school dance has taken off on social media, especially TikTok. In the episode, Wednesday performs quite the extravagant dance which viewers are loving.

Wednesday’s dance moves are one of the newest trends on TikTok. For the trend, users are mimicking her dance to a T, even going so far to dress up like the brooding character.

The choreography comes from Episode 4 of the series, “Woe What a Night.” In the episode, Wednesday and her love interest Tyler Galpin (Hunter Doohan) attend a local dance. As “Goo Goo Muck” by the Cramps begins to play at the event, Wednesday starts to strut her stuff. She starts to dance to the music, flailing wildly and creepily with all the grace and flexibility of a newly stiffened corpse.

Throughout her dance, she manages to mimic a few moves from the original Addams family movies. She also rocks her hands in a shifty way, appropriately reminiscent of “The Creep” by the Lonely Island.

One TikToker by the user (@robinssnesst) posted a short clip of their go at the dance.

Since the series premiered, her dancing has taken over TikTok, with many Wednesday enthusiasts dressing up as the gothic character to copy her unique choreography. Many dance to the song used in the show, but some are also using a TikTok remix of “Bloody Mary” by Lady Gaga as the background music. Nevertheless, the dance has become incredibly popular on the platform with many users showing their own spin on Wednesday’s moves.

You can see a few cuts of her spooky and kooky choreography below: