There are billions of people in the world, so everyone has to find a way to stand out somehow. Some people do that by making scientific breakthroughs that change the world or writing heartwrenching songs. Other people make themselves unique with a wild haircut or a flashy outfit. And then there are the people who sign their names with drawings of cats.

One guy tried to stand out by drawing cat heads as his signature on his ID. Then he signed mortgage papers and had to replicate it. 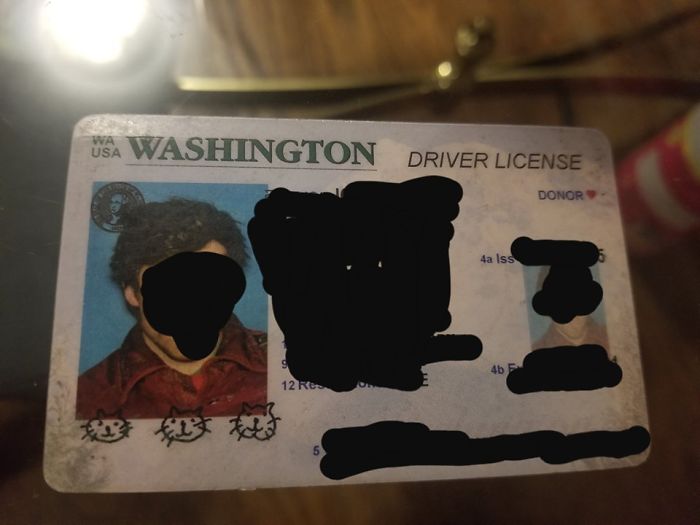 Reddit user Brad Johnsen, a.k.a. Bradimal, thought it would be funny to have a joke signature on his ID. He explained on Reddit:

In 2015 I had to renew my license and thought it would be funny to do cat heads as my signature, so I did. For the past 3 years I just forgot about it unless I had to show my ID and they pointed it out. They would laugh and say, “haha I can’t believe they let you do that!” and I would be like, “yeah, yeah, yeah, let me in the bar now.”

Brad had always signed with his regular signature before, but the signing agent wouldn’t accept that for the mortgage. Brad said, “The dude has to call the title company headquarters and explain the situation all while my real estate agent is laughing her ass off. I had to sign 3 cat heads over 30 times today.” 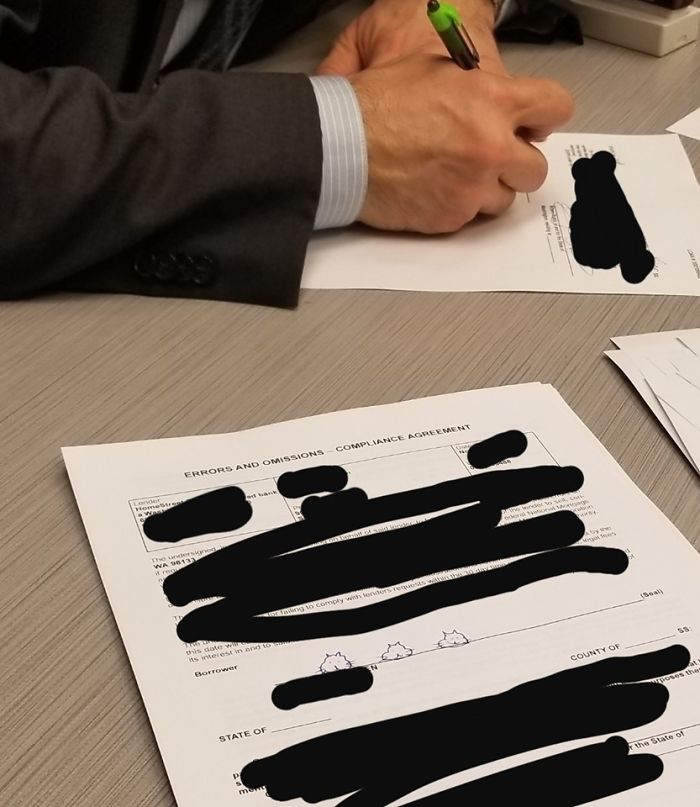 Brad shared his story on Reddit’s TIFU (Today I Fucked Up) Community and received over 21,000 upvotes. Thousands of people commented on his post and a lot of people made jokes like, “Congrats on becoming a hoMEOWner!”

Brad talked to Bored Panda about his experience and said:

The decision to make my signature 3 cat heads was pretty spontaneous. I was getting my driver’s license and they wanted a signature I asked the lady behind the counter if anything can be my signature. She seemed puzzled by the question. I said, like, what if I just drew a dinosaur? She said: ‘That’s none of my business, please sign the pad.’ So I hesitated a second trying to think of something good and that’s when it hits me: cat heads. I love cats and I had 3 cats at the time so I drew them.

Brad also explained that he knows he could go to the DMV and get a new license, but he likes his photo in his current one and so he doesn’t want to replace it. He also encouraged people to have fun with being unique. He said, “It’s hard to stand out if you follow the rules.”