I work from home, so if I find an expired item in my fridge, it’s definitely someone in my family’s fault—usually mine. That jar of sauce? Growing mold on top. The pear in the crisper? Slowly oozing out all over like a stabbing victim. I try to keep on top of the decomposing food, but sometimes you just miss something.

On Reddit, a forgotten food item is now reaching mythic status. This cup of pineapple cottage cheese has been in the work fridge for SEVEN YEARS. And one woman takes a photo with it every year. 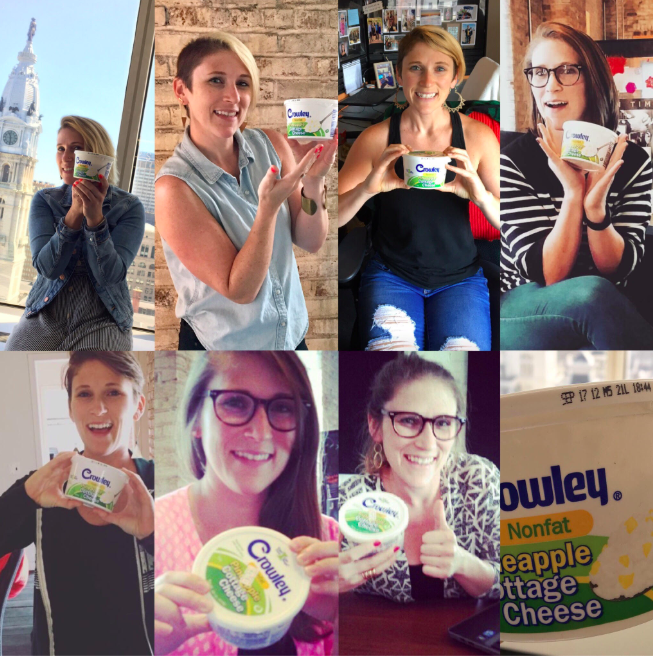 “Happy Anniversary to this lil tub of pineapple cottage cheese – it has now survived SEVEN years in our work fridge without being thrown out! I take a picture with it each year,” reads the caption.

I feel bad that someone forgot it was there before it went rotten, but the pineapple cottage cheese is sure getting a lot of love and interest now that it’s transitioned into its next phase of life.

“On the 7th year, it became sentient. On the eighth year it took a selfie,” wrote user blorpblorpbloop.

“I’m depressed to think that a container of cottage cheese lasted longer at a company than I ever did,” shaka_sulu wrote. Seven years does seem really long, right?

Others wondered if the pineapple cottage cheese posed a threat to humankind as we know it.

“This is so adorable, and one day that nuke is gonna burst in your work fridge and release a rotten cheese fart cloud that can be seen from space,” wrote mossydeerbones.

Others shared stories of their own vile, abandoned workplace foods.

“Our office fridge was getting clogged with leftovers to the point where the weekly grocery deliveries (mainly milk and creamer–So. Much. Creamer) couldn’t fit anywhere, so it was announced that all food must be thrown out weekly. Except nobody enforced it. I mean, whose job was it? The admin making the announcements? The custodians? The people who were leaving their food in the fridge? Definitely not. So I decided to be the enforcer,” wrote TheJoePilato.

“Gloves were donned, a mask was worn, no mercy was shown. OP’s several year old cottage cheese? Yeah that’s not unusual in the slightest. Tupperware of unidentifiable soup (did it start as soup?). Takeout from restaurants that no longer existed. Open cans of soda promoting movies whose series are being revived. All fodder for the garbage can,” he continued.

“It was much easier the second time and every time since; I’ve even got a system where new leftovers are put on a specific shelf and everything existing on that shelf gets tossed, that way everyone gets two weeks to handle their shit. Tough but fair.”

Will the pineapple cottage cheese live to see another year and another photo? Have you ever encountered an egregiously expired food at your workplace? What did you do?