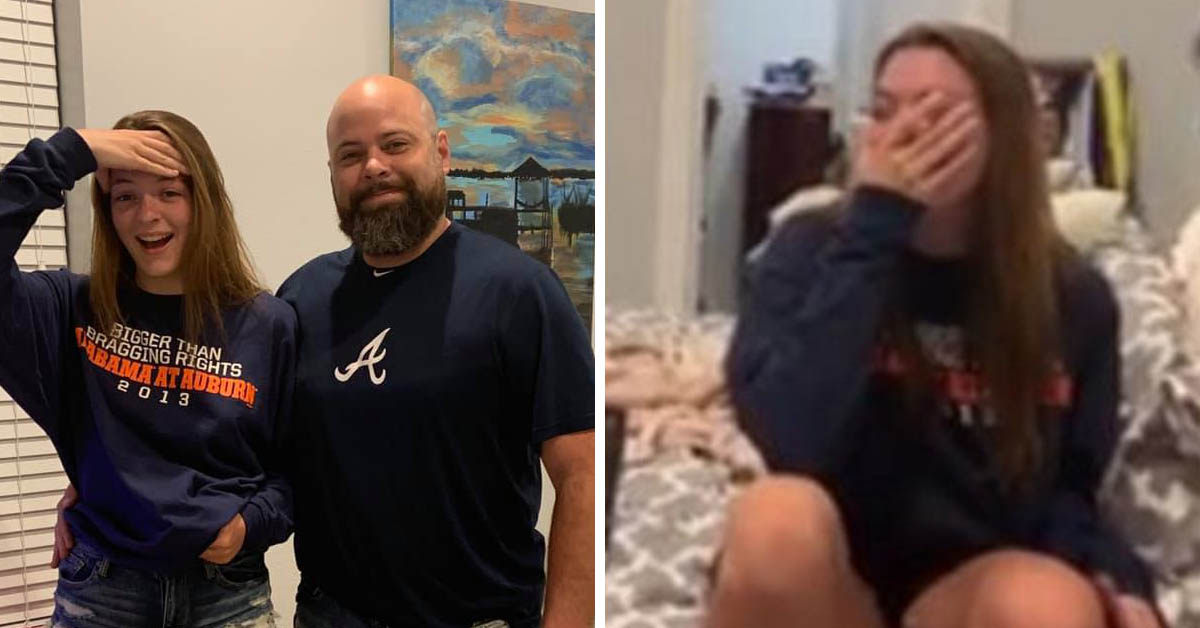 Who wears short-shorts? This dad.

A dad who was apparently concerned over just how short the short shorts he’d recently bought his teen daughter were decided to make a colorful statement by donning a pair of equally tiny cut-off jean shorts and threatening to wear them. Ah yes, that one unstoppable weapon in a parent’s arsenal: embarrassing the hell out of your kid.

With his other child in tow, the Wardrobe Warden burst into his daughter’s room rocking a pair of tiny pants for comparison purposes, saying “Get your shorts, we’re about to see who’s fitting better.”

Jason Hilley recorded a video of himself and his two kids laughing over his short shorts and shared it on Facebook.

He also threatens: “I will pick you up every day from school with these on.”

It all seems in good fun since Hilley didn’t actually try to confiscate or ban the shorts that he’d bought his kid, though according to him they “were supposed to be a lot longer,” and deep down he probably just wanted to strut his stuff in something other than cargo shorts for a change.

This “protest” may have failed because, frankly,  the guy looks great.