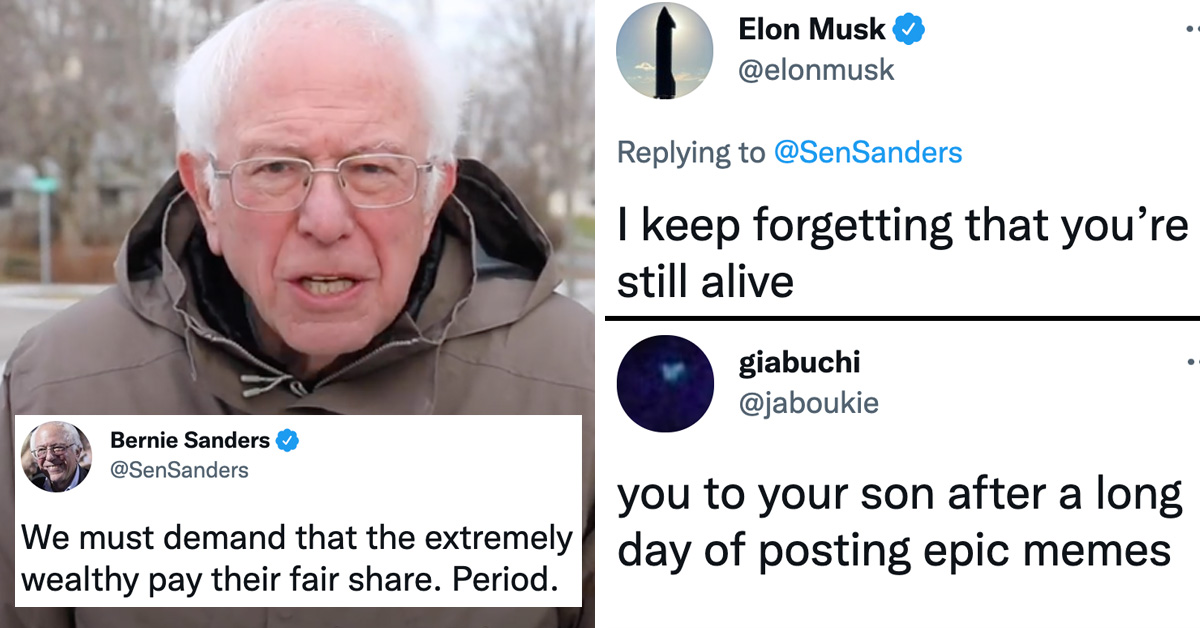 I do not, and will not ever, understand the weird love affair people seem to have with Elon Musk. The man is a walking inflated ego

So I guess it’s not a huge surprise to see Musk self-destructing on Twitter. It’s what he does.

What an asshole. Jesus. So ENTIRELY unrelated to Bernie’s post (“We must demand that the extremely wealthy pay their fair share. Period.”), Musk chimes in with, “I keep forgetting that you’re still alive.”

It’s a key part of Sanders’ platform to tax the super-wealthy a proportional tax. Elon Musk currently holds the nation’s highest net worth and is, obviously, against parting with his cash in any way, shape, or form. But the stupid tweet makes it clear that Musk has no coherent arguments to support his position.

Did Musk back down? No. He came back an hour later to further taunt Sanders’ account, which is, in all likelihood, being run by a 20-year-old intern.

“Want me to sell more stock, Bernie? Just say the word …” Musk wrote, referring to the $6.9 billion sale last week. He continued, calling Bernie  “…a taker, not a maker”.

Outrage may abound, but before long, the idiotic reply to Sanders had become a bit of a meme:

“Eventually, they run out of other people’s money and then they come for you,” tweeted Musk back in October. He sure is worried about our money!

Most Americans, however, agree with the “billionaire tax” and mocked Musk mercilessly.