There are plenty of funny tweets about relationships, but some of the best ones are about the fights you get into. When you get into a fight with your man, it always goes down the same way.

You get pissed off, he gets pissed off that you’re pissed off, y’all go at it for a while, take a break, fight some more, and then he apologizes (or you break up).

Venting your anger and hashing it out is a cathartic, even healthy part of a long term relationship. Later (maybe MUCH later) you can look back on it and laugh.

If you don’t believe me just check out these funny tweets about relationships and fights. (Just don’t send them to your man or you might start one.)

1. There are tons of funny tweets about relationships, but some of the best are about fights. If you’ve ever been in a long term relationship, you know fights can start over almost anything.

Being married means every day is an episode of Amazing Race Couples Edition – only it's just me trying to find stuff my husband misplaced while he is behind me yelling "you threw it away didn't you?"

2. Even fictional stories on television. 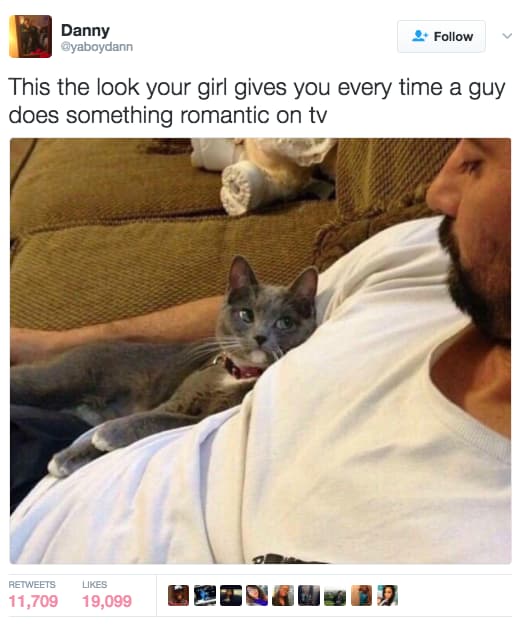 3. Or fictional stories in our own heads. 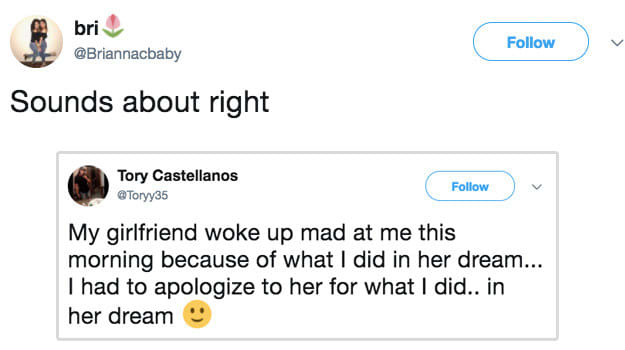 4. A lot of them are food related.

6. And the fights that aren’t started by food can sometimes be ended by food.

the guy that sits next to me in class is fighting with his girl and texted her and said, “is this one of those things food will fix or are you fr fr mad”

7. Sometimes a relationship fight you start can even take YOU by surprise. 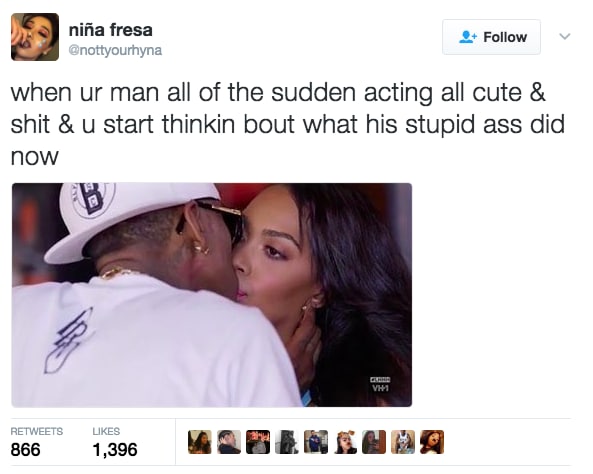 8. Sometimes you go looking for a fight and find one no matter what. 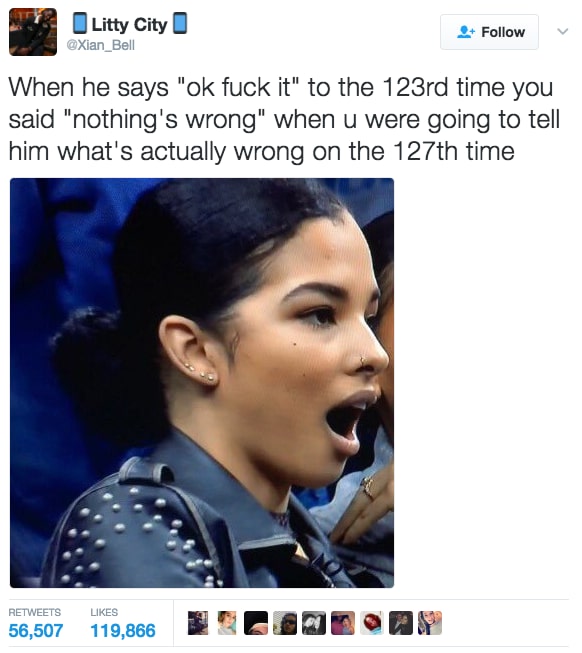 me when im mad at my man pic.twitter.com/VTzYrwio4N

10. The rules are never the same for both of you. 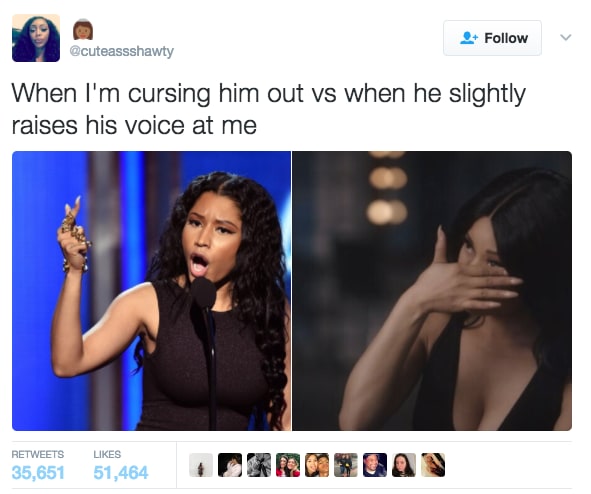 11. Except for the rule that you’re right and he’s wrong. 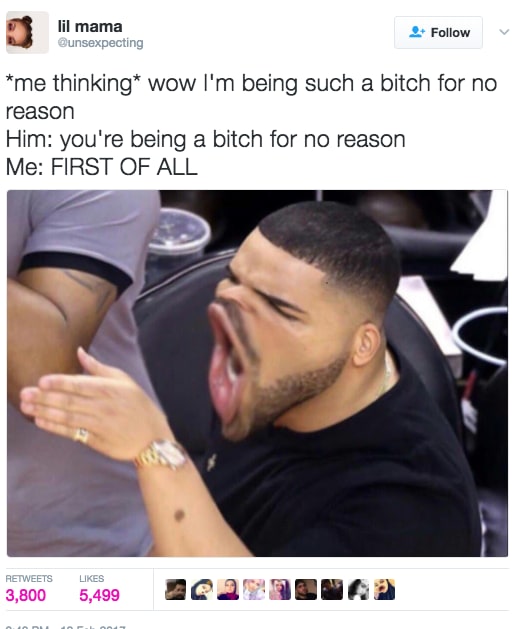 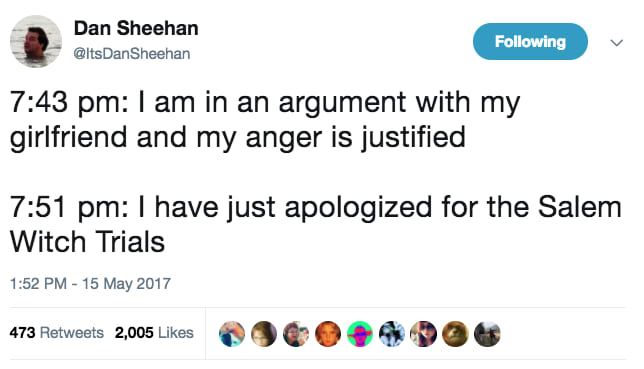 14. Because relationships are about compromise. 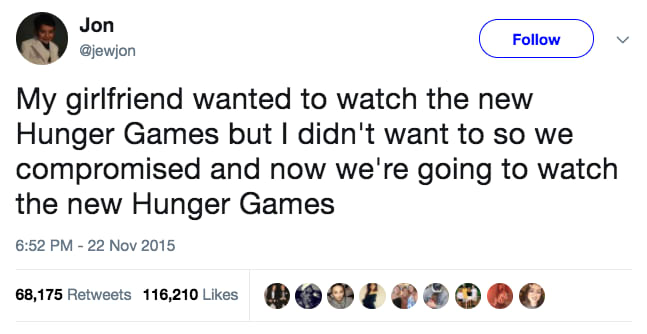 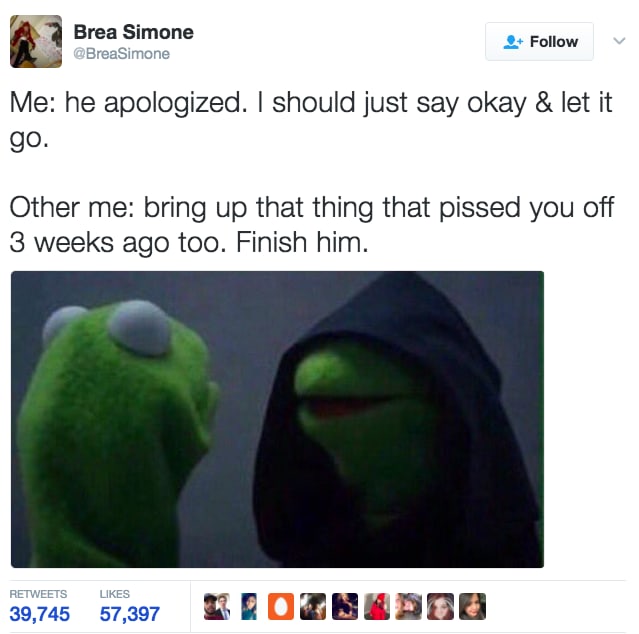 16. Because the fight ends when YOU SAY it ends. 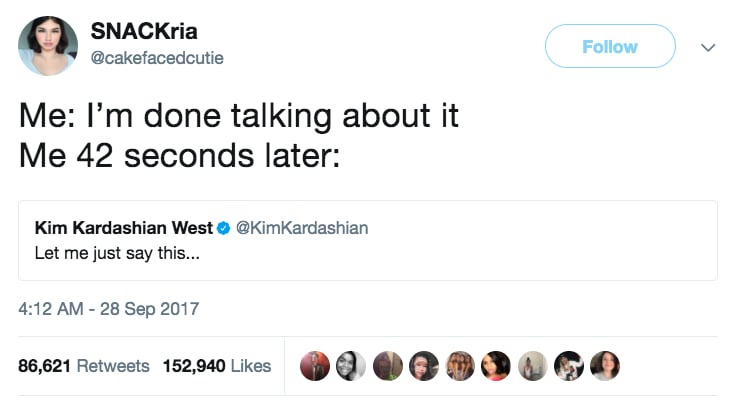 17. And when it’s all over you’ll go back to your sweet self.

Showering ur man wit love after you just pissed him off pic.twitter.com/tk1HIQ4zeq