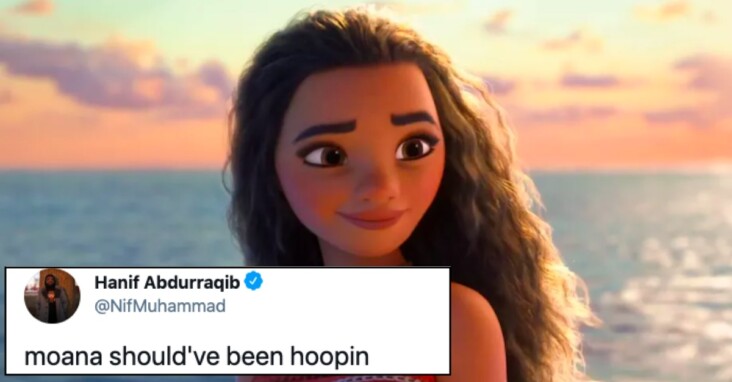 If I’ve ever thought about how tall a character from Disney’s Moana was, it’s definitely Maui because that dude is huge.

It turns out he is even bigger than I could possibly conceive because Moana herself is seven feet five inches.

If that’s true, everything else in that movie needs to be mentally adjusted for scale.

This number comes from a UK educational resource A Level Maths, who published a chart based on their “research” into Disney character heights.

Moana is the tallest person on the list, and the smallest is itty bitty Jiminy Cricket.

There are a lot of people not on the list, but it asserts that Moana is bigger than Jafar and Gaston and even Ursula, though it doesn’t say if that’s before or after her giantess transformation.

If this info shakes you, take comfort in the fact that the extent of their research is Googling “what is _____ character’s height,” so there isn’t much science or math actually involved.

The answers have shaken people, however:

Some people were reminded of how it turned out that Peppa Pig is canonically over seven feet tall as well:

It is a height that is apparently consistent with some actual Disney products:

I gotta know what the product designer at Disney knows.

Who made this decision? Why? How big is Hei Hei??