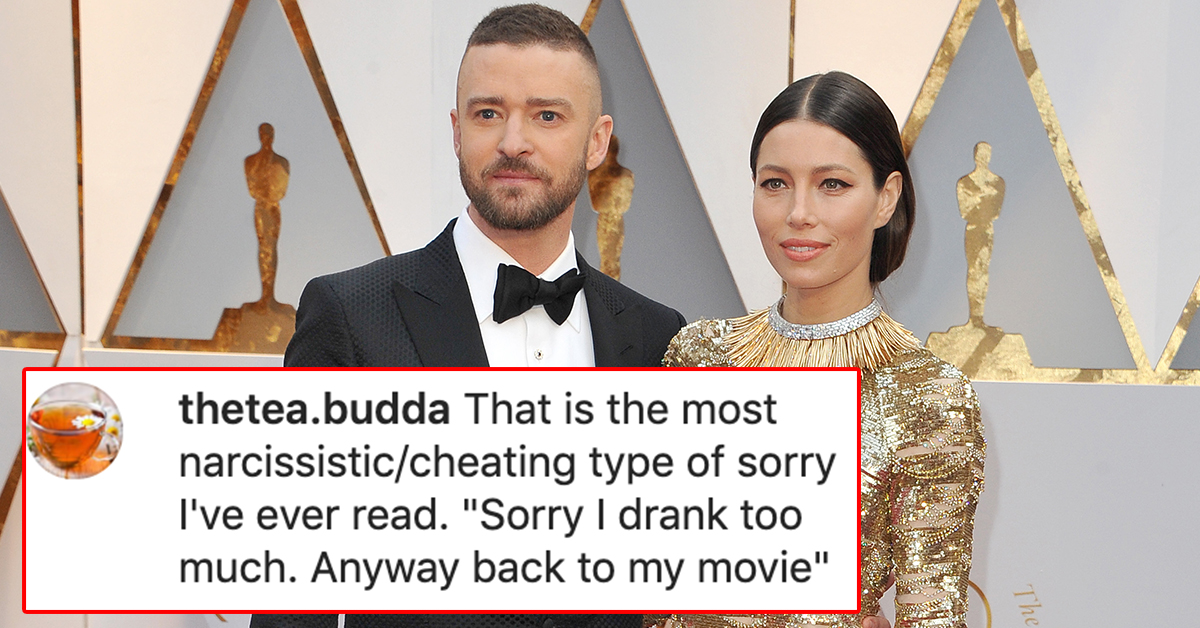 When you’re a celebrity, you lose your privacy. It should be your right, but more often than not, it’s something you just don’t have access to anymore. The cameras are ALWAYS watching and the media will spin a story for clicks.

This was clearly the case for Justin Timberlake, who has been in a #CoupleGoals relationships with Jessica Biel, and with whom he has a child for seven years. When Justin was caught in photos November 21 getting trashed (or so he says?) and holding hands with his co-star Alisha Wainright, people literally lost it.

Justin Timberlake took to Instagram to apologize for what he calls a "strong lapse in judgement" after photos surfaced online of him holding hands with 'Palmer' costar Alisha Wainwright in New Orleans.
Photos: Mega pic.twitter.com/tBkozcHKzu

Justin, of course, apologized, saying, nothing happened between him and his co-star and that he “displayed a strong lapse in judgment.”

Many defended him, arguing that the media was making a big deal out of a non-situation.

But plenty of others just weren’t having it.

payback payback it’s so funny to me pic.twitter.com/QcywW2zE22

Guys have a drink and forget how to behave, tragic

Everyone, let's circle around Justin Timberlake again and keep pointing our fingers at him https://t.co/x7Gl4QvD5f pic.twitter.com/YaO5cZxlia

When you’re filming a movie in New Orleans and you spend 40-minutes on a balcony alone with your co-star, people are going to seriously question you. But even worse: “He grabbed her hand and rested it on his knee. She then gently started stroking his leg. “Then he clutched her hand with both of his and was playing with her hands,” according to The Sun.

So picture this… You're at home. Your hubby is away for work. You receive some pictures of your husband holding hands with his coworker… Justin Timberlake was spotted holding hands with one of his costars while out having drinks with friends. Do you consider this cheating? pic.twitter.com/2idE8LgDF5

Who is Justin Timberlake's "apology" for? Are you even more excited to see his new movie, Palmer, now that you've read his apology?! I'm sure he's going to be so great in it! https://t.co/HsEGjC1M18

Another point: Justin is clearly abusing his power on set.

As one Jezebel writer puts it, “A few things stick out to me in this apology; notably, Wainwright’s absence outside the vague mention of a “co-star” in its opening moments…Also, I won’t speak for Wainwright, as she has remained silent on this issue, but it does strike me that in their working relationship, there is an innate power imbalance.”

What was that about Karma, Justin? Remember when you made a stink about Britney cheating on you?

One of the best things Britney Spears ever did was cheat on Justin Timberlake’s lame ass . pic.twitter.com/LpZg0BolEa