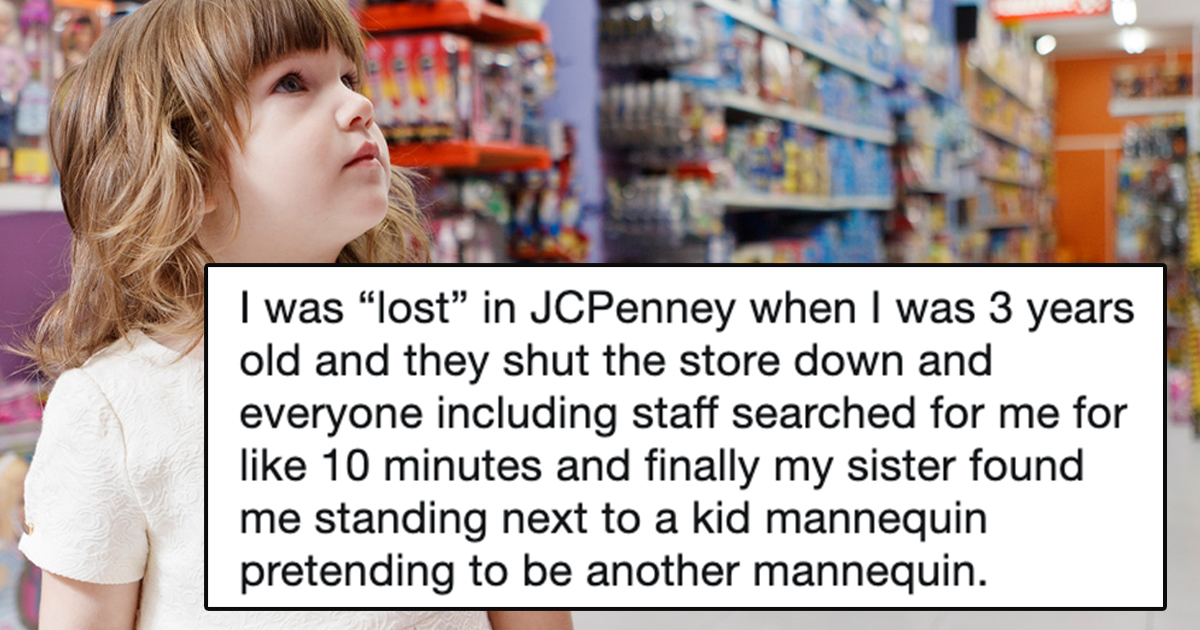 People are diverse by nature. We all hail from different backgrounds were raised in different households with different rules, and yet there are somethings we’ll always have in common.

What is your most on brand story from your childhood?

And she kicked the poll off with her own example.

Mine is probably learning how to sign my name when I was four so I could get my own library card instead of having to rely on what my parents checked out for me.

1. Glue in the hair was a common occurrence.

I got PVA glue stuck in my hair when I was in infants, and cut it all off while the teacher was out of the room. A for initiative! #rockthecrop

2. It’s important to appreciate all of the little things in life.

My dad tells me that it took an hour to walk to preschool because I would spend a few minutes crouching down and looking at flowers and rocks and other interesting things on the road.

3. Always be curious, but with shoes on.

I stole several bulbs off the Christmas tree, took them down to the basement and broke them on the floor to see what they were made of. Then I promptly forgot I had done any of that and later walked over them in bare feet.

4. Siblings are the best.

Older friends, sisters 3 & 6 yrs. ahead of me, would fight over which had to sit in back of car with 3 y.o. me when we got ice cream. I *wore* that ice cream! So did anyone in my general area…

5. Show and tell can be dangerous.

6. Every child has been lost in a store at least once.

I was “lost” in JCPenney when I was 3 years old and they shut the store down and everyone including staff searched for me for like 10 minutes and finally my sister found me standing next to a kid mannequin pretending to be another mannequin.

I accidentally cut myself with a secret pocket knife I wasn’t allowed to have when I was five. I dragged a piece of paper through it so I could tell my parents it was a paper cut and provide evidence. I had to get stitches.

10. Not every kid likes to be social.

Apparently in daycare I would sit in my own corner and play with my own toys and never socialize. The teacher once found out that I memorized 'Twas The Night Before Christmas and read it to the class, but got words wrong on purpose…

11. Her love for the ocean never went away.

My mom took me to the beach in Maine when I was 6 months old. When I saw the ocean for the first time, I tottered right in and didn’t stop till the water was above my head! Now I’m a marine scientist (currently masquerading as a limnologist).

12. Librarians have childhood stories too.

Made a card catalog and labeled all my books on my shelf using the Dewey Decimal system when I was 10. At 43, I'm helping build libraries in Cambodia.

13. How the tables have turned…

In first grade, a teacher ripped up my drawing of a Christmas tree because apparently it wasn't good enough. About 10 years later, this same teacher invited me to show my paintings to her adult art group!

Crashed my bicycle into a hedge. Got told off by the Police for how I rode my bicycle. I’m a biker now and some things haven’t changed 😂

in middle school I used to have private awards ceremonies for the books I had read that year, like an Oscars for books, and would make up speeches for all the characters to say.

17. A young, but brilliant entrepreneur.

When I was 8 my 3rd grade class had a contest to see who could read the most pages in a 6-wk period. My highly literate and extremely competitive ass went home and found the biggest book I could-which was a dictionary-and read the entire thing.

19. And this pure act of solidarity.

Stood outside in cold four hours with the only black person in our class of 700 because the restaurant wouldn’t let him in. All other 40 classmates went inside. Chicago 1954